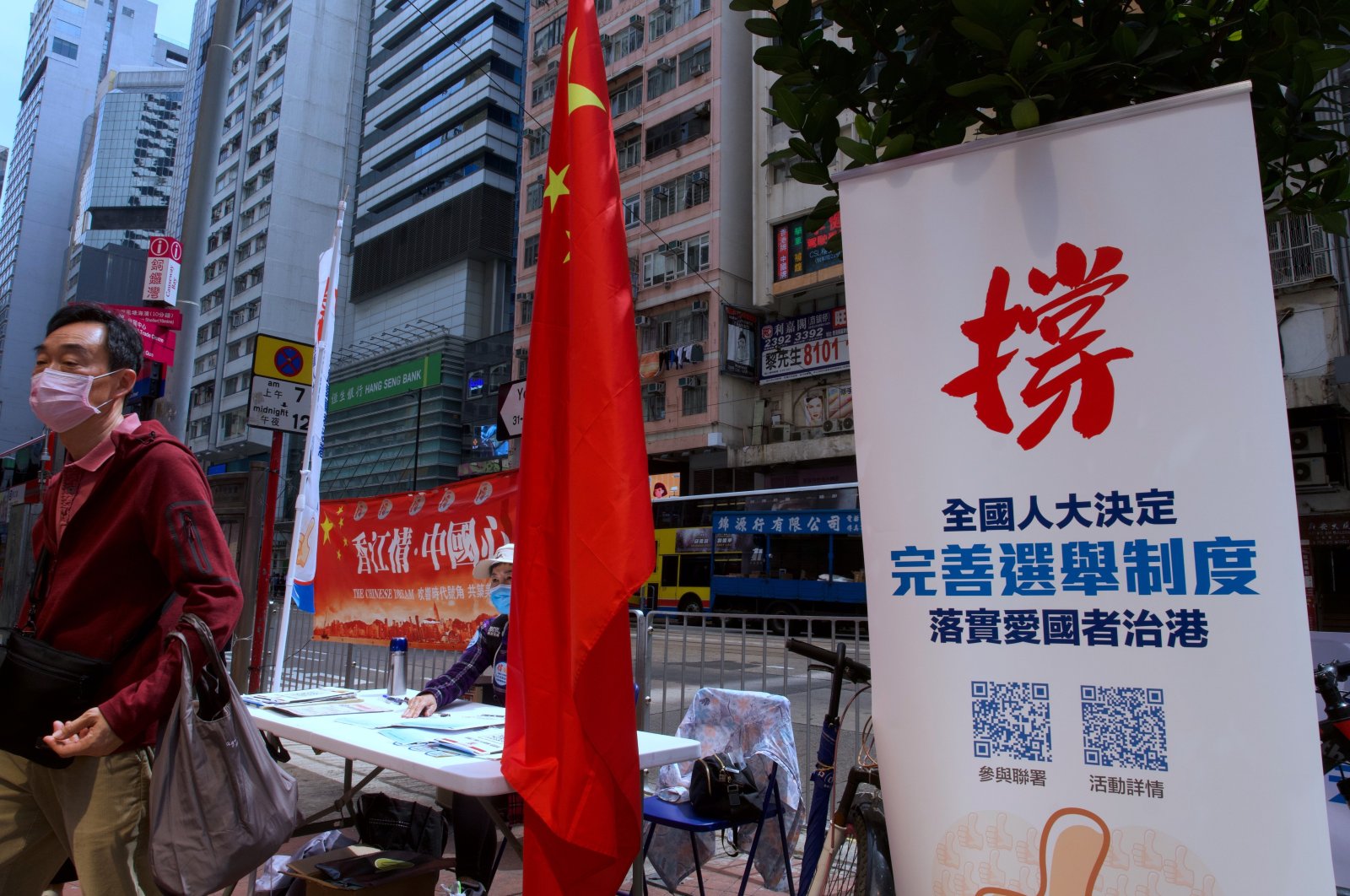 A man walks past a banner that reads "Support the proposal of National People's Congress (NPC) for the draft changes of election rules for Hong Kong" at a downtown street in Hong Kong Thursday, March 11, 2021. (AP Photo)
by Agencies Mar 13, 2021 2:37 pm
RECOMMENDED

"The U.K. now considers Beijing to be in a state of ongoing non-compliance with the Sino-British Joint Declaration," the statement from the ministry said.

The changes would give a largely pro-Beijing Election Committee the responsibility of nominating all members of Hong Kong's legislature and directly electing some lawmakers to ensure that Hong Kong is administered by “patriots" and exclude “anti-China” forces from holding key roles in governance.

The 1,500-member Election Committee will pick the territory’s chief executive and an unspecified “relatively large” number of its 90-seat legislature. The revision has prompted concern that the proportion of directly elected lawmakers will be reduced.

The United States, the European Union and the Group of Seven (G-7) also expressed grave concerns at what they said was China's decision to fundamentally erode democratic elements of the electoral system in Hong Kong.