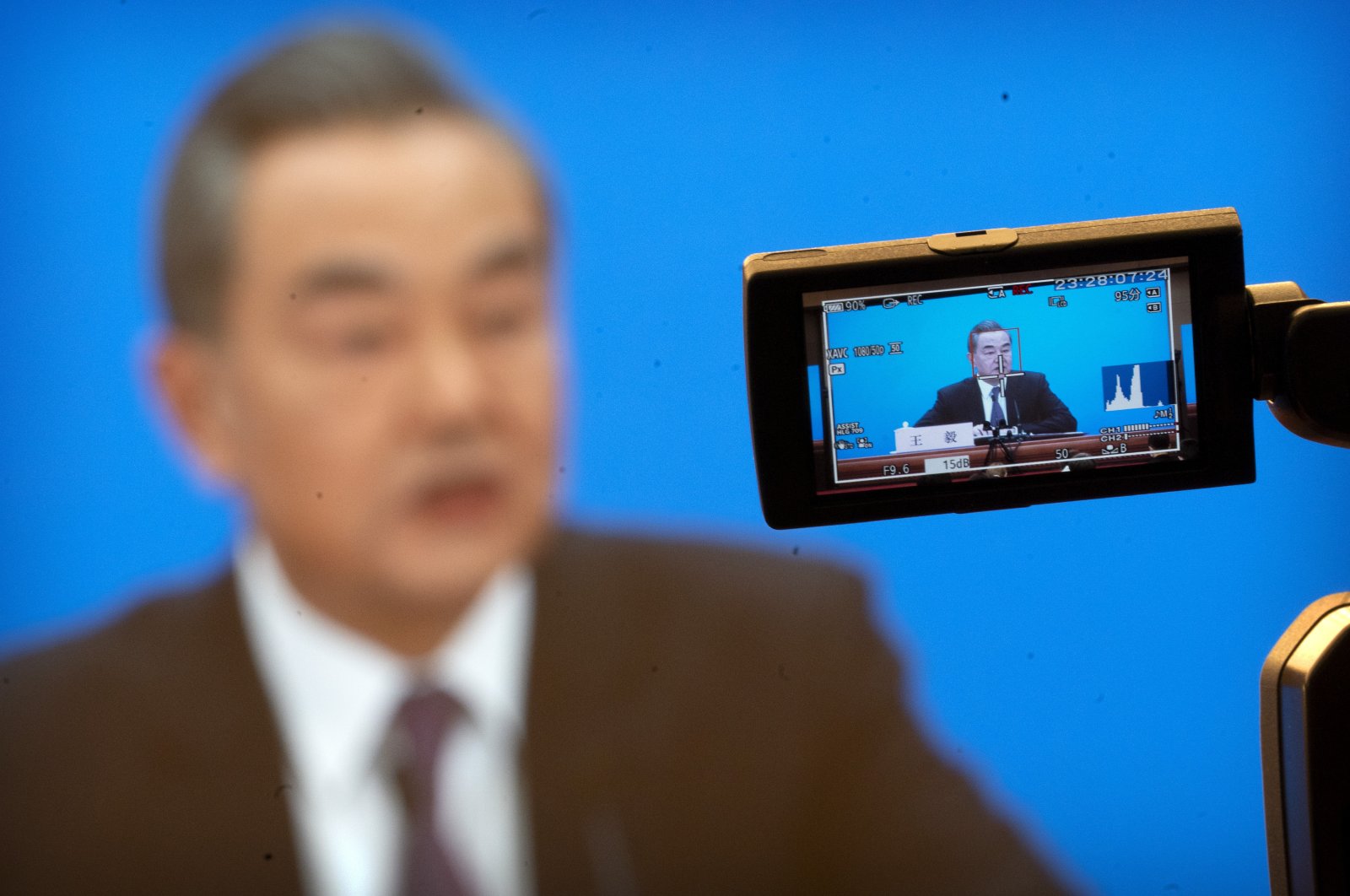 Chinese Foreign Minister Wang Yi is captured on a video camera's screen as he speaks during a remote video press conference held on the sidelines of the annual meeting of China's National People's Congress (NPC) in Beijing, March 7, 2021. (AP Photo)
by ASSOCIATED PRESS Mar 07, 2021 12:35 pm
RECOMMENDED

The Chinese claim to Taiwan, which split with the mainland in 1949, is an "insurmountable red line,” Wang Yi said at a news conference during the annual meeting of China’s ceremonial legislature.

The United States has no official relations with Taiwan’s democratically elected government but extensive informal ties. Trump, who left office in January, irked Beijing by sending Cabinet officials to visit Taiwan in a show of support.

"The Chinese government has no room for compromise or concessions on the Taiwan issue,” Wang said.

"We urge the new U.S. administration to fully understand the high sensitivity of the Taiwan issue” and "completely change the previous administration’s dangerous practices of ‘crossing the line’ and ‘playing with fire,’” he said.

Wang gave no indication how Beijing might react if U.S. policy isn’t changed, but the ruling Communist Party has threatened to invade if Taiwan declares formal independence or delays talks on uniting with the mainland.

Biden says he wants a more civil relationship with Beijing but has shown no sign of softening Trump’s confrontational measures on trade, technology and human rights. Surveys show American public attitudes turning more negative toward China, which is seen as an economic and strategic competitor.