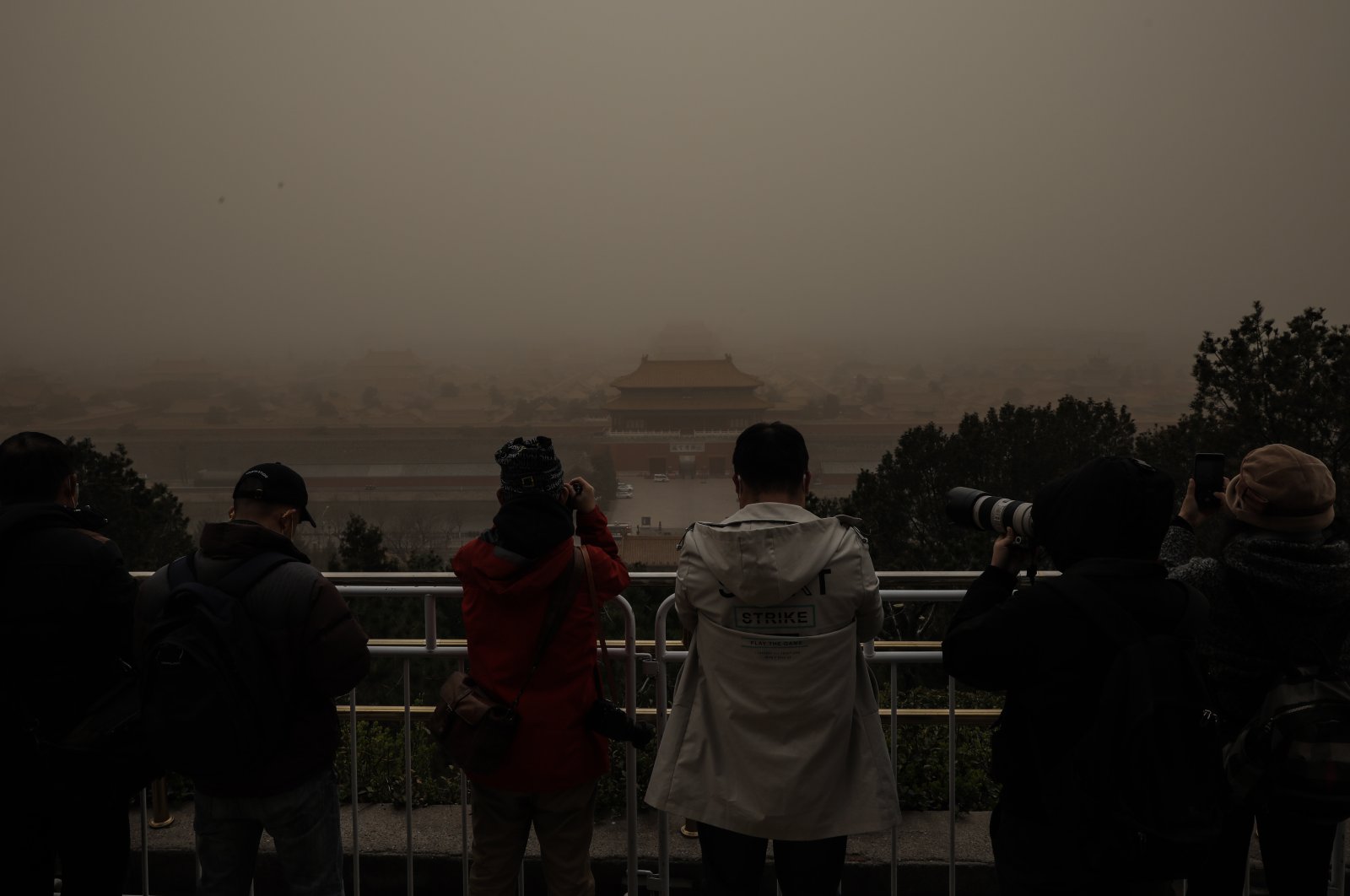 The Chinese capital Beijing was shrouded in thick brown dust on Monday as a result of heavy winds blowing in from the Gobi desert and parts of northwestern China, in what the weather bureau has called the biggest sandstorm in a decade.

The China Meteorological Administration announced a yellow alert on Monday morning, saying sandstorms had spread from Inner Mongolia into the provinces of Gansu, Shanxi and Hebei, which surrounds Beijing.

"It looks like the end of the world," said Beijing resident Flora Zou, 25, who works in the fashion sector. "In this kind of weather I really, really don't want to be outside."

Flights have been grounded out of Hohhot, the capital of China's Inner Mongolia.

Beijing's official air quality index reached a maximum of 500 on Monday morning, with floating particles with a diameter of 10 microns or less, known as PM10, rising beyond 8,000 micrograms per cubic meter in some districts, according to the city's pollution monitoring center.

The World Health Organization (WHO) recommends average daily PM10 concentrations of no more than 50 micrograms.

Readings of PM2.5, smaller particles that infiltrate the lungs, were also above 300 micrograms per cubic meter, far higher than China's standard of 35 micrograms.

The sandstorms were expected to shift south toward the Yangtze River delta and should clear by Wednesday or Thursday, the environment ministry said.

Beijing faces regular sandstorms in March and April due to its proximity to the massive Gobi desert as well as deforestation and soil erosion throughout northern China.

China has been trying to reforest and restore the ecology of the region to limit how much sand is blown into the capital.

Beijing has planted a "great green wall" of trees to trap incoming dust and has also tried to create air corridors that channel the wind and allow sand and other pollutants to pass through more quickly.

Beijing and surrounding regions have been suffering from high levels of pollution in recent weeks, with the city shrouded in smog during the national session of parliament, which began on March 5.

Tangshan, China's top steelmaking city and a major source of pollution in Beijing and Hebei, said on Saturday it would punish local enterprises for failing to carry out emergency anti-smog measures.