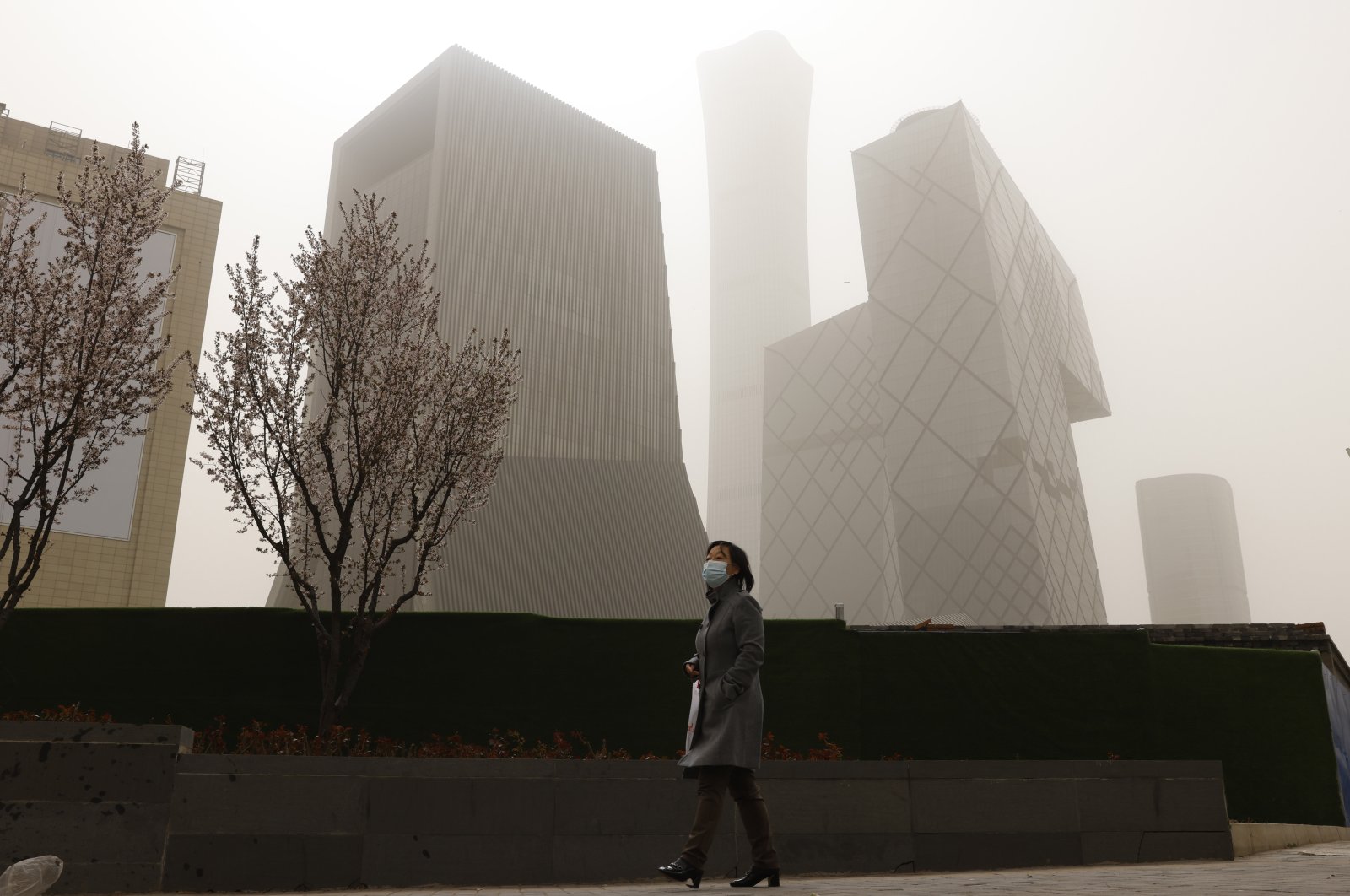 Citizens of Beijing arose Sunday morning to find the city shrouded in thick, hazardous dust as the second sandstorm in two weeks hit the Chinese capital due to winds from drought-hit Mongolia and northwestern China.

Visibility in the city was reduced, with the tops of some skyscrapers obscured by the sandstorm, and pedestrians were forced to cover their eyes as gusts of dust swept through the streets.

"It’s quite serious today. There’s always a day or two like this (of pollution or dust) each month," said Mr. Fan, 39, who did not wish to disclose his full name.

Readings of smaller PM2.5 particles were above 300 micrograms per cubic meter, far higher than China's standard of 35 micrograms.

PM2.5 particles are especially harmful because they are very tiny and can enter the bloodstream, while PM10 is a larger particle that can enter the lungs.

The China Meteorological Administration issued a yellow alert on Friday, warning that a sandstorm was spreading from Mongolia into northern Chinese provinces including Inner Mongolia, Shanxi, Liaoning and Hebei, which surrounds Beijing.

Beijing might face more sandstorms in April due to the unfavorable weather this year, the meteorological office said.