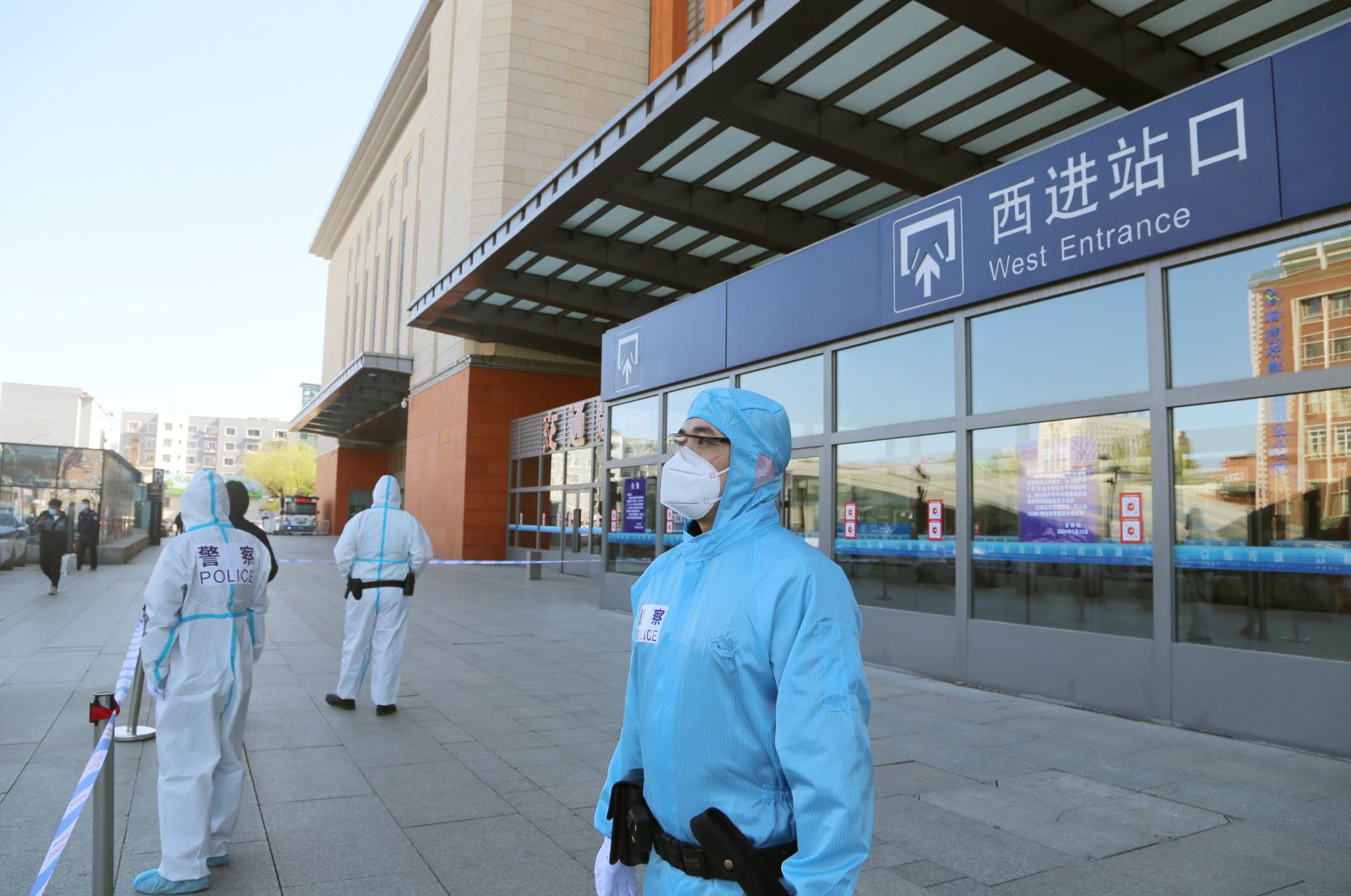 Police officers in protective suits are seen in front a closed entrance to a train station, Jilin, May 13, 2020. (REUTERS Photo)
by Compiled from Wire Services May 13, 2020 1:46 pm
RECOMMENDED

A northeastern Chinese city has partially shut its borders, cut off transport links and closed schools after the emergence of a local coronavirus cluster that has fueled fears about a second wave of infections in China.

Jilin, with a population of more than 4 million, suspended bus services Wednesday and said it will only allow residents to leave the city if they have tested negative for COVID-19 in the past 48 hours and complete an unspecified period of "strict self-isolation."

All cinemas, indoor gyms, internet cafes and other enclosed entertainment venues must shut immediately, and pharmacies must report all sales of fever and antiviral medicines, the local government said in a statement.

The city is located in the eponymous province of Jilin, which borders Russia and North Korea.

A cluster of infections was reported in the suburb of Shulan over the weekend, with Jilin's vice mayor warning Wednesday that the situation was "extremely severe and complicated," and "there is major risk of further spread."

The city recorded six new cases on Wednesday, all linked to the Shulan cluster, bringing the total number of cases connected to a local laundry worker to 21.

China has largely brought the virus under control, but it has been on edge about a potential second wave as it has lifted lockdowns across the country. The emergence of new cases in Wuhan in recent days, after weeks without fresh infections, has prompted a campaign to test all 11 million residents in the city where COVID-19 first emerged late last year.

Wuhan was the area hit hardest by the coronavirus in China. Of the 4,633 reported deaths nationwide, 4,512 were in Hubei province, including 3,869 in Wuhan, the provincial capital.

China imposed a lengthy lockdown on most of Hubei in late January to stem the spread of the virus. People were forbidden from entering or leaving the province, public transportation was suspended and residents were mostly restricted to their homes.

The lockdown was lifted outside of Wuhan after two months, and in Wuhan itself on April 8, after 2 1/2 months.

The new cases appear to have shocked city officials into action. They dismissed the Communist Party secretary of the neighborhood where the cluster was found for poor management of the residential community, the official Xinhua News Agency said.

The order said the testing should focus on the elderly, densely populated areas and those with mobile populations, according to the media reports. It wasn't clear if that meant only some people would be tested or if they would be prioritized.

One expert at Wuhan University told the Global Times newspaper that 3 million to 5 million residents have already been tested, which could leave 6 million to 8 million others for a citywide test.