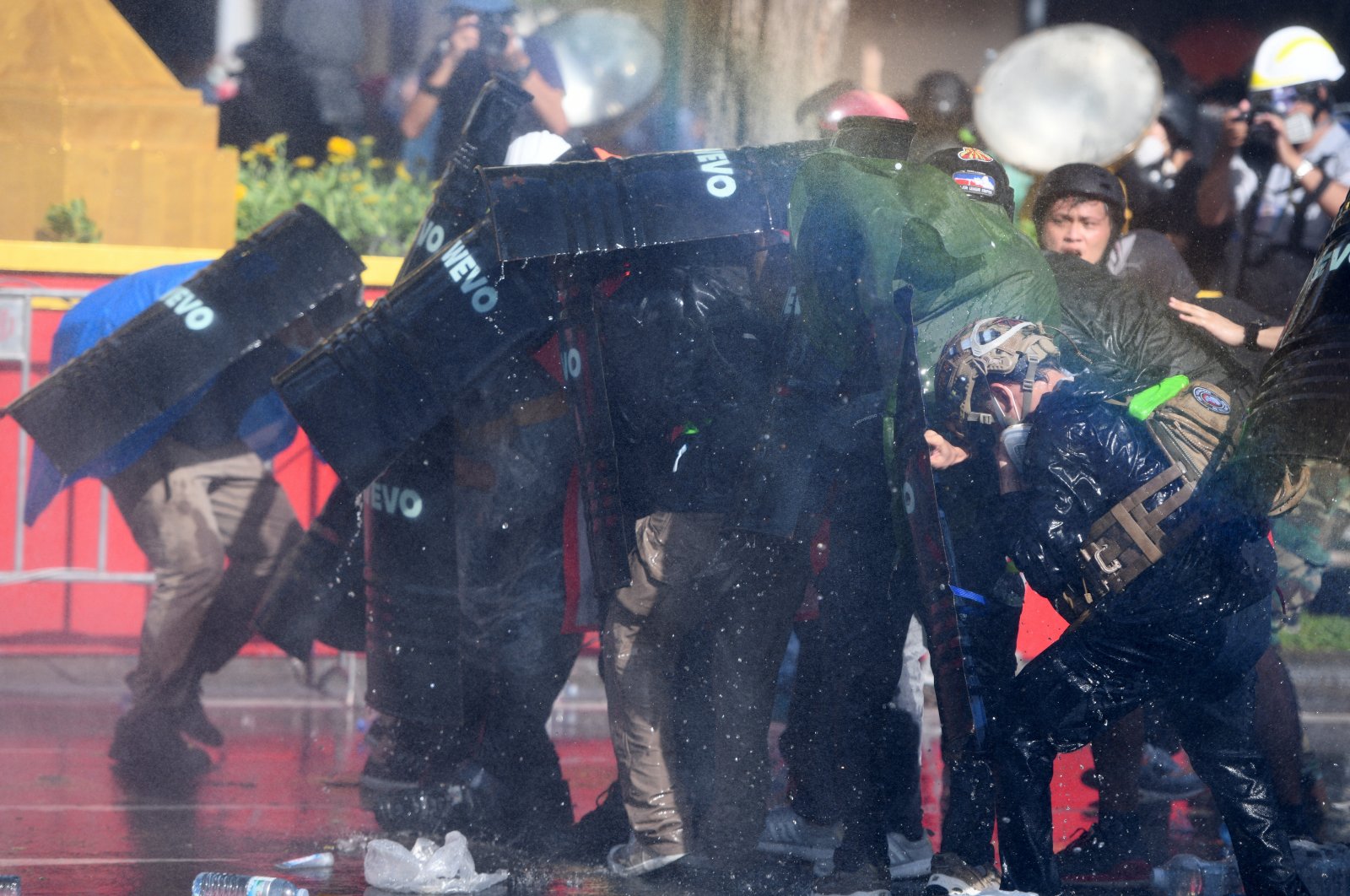 The kingdom is currently facing its worst COVID-19 wave, registering daily case records as hospitals buckle under pressure. Exacerbating the toll has been the government's slow procurement of vaccines, which has drawn criticism as Thailand's economy reels from increasingly severe restrictions on businesses.

Defying rules prohibiting gatherings of more than five people, protesters piled mock body bags flecked with red paint near the intersection of the capital's Democracy Monument. "We will die from Covid if we stay home, that is why we have to come out," shouted a protest organizer, who listed three demands.

"Prayut Chan-O-Cha must resign without any condition, the second is a budget cut to the monarchy and army to be used against COVID-19, and the third is to bring in mRNA vaccines."

A giant banner with a picture of Prayut – the mastermind of a 2014 coup – was unfurled on the road, with protesters then stomping on his face. As they marched on Government House, they were led by a front-line group wearing gas masks and hard hats and were joined by motorbike riders who hoisted the mock body bags.

But authorities deployed water cannons early and blocked the main road, forcing protesters to retreat. Authorities also fired rubber bullets and tear gas, according to Agence France-Presse (AFP) reporters on the ground. It sent protesters scattering, coughing nonstop as they tried to rinse their eyes with saline solution. By late afternoon, the two sides were standing off as clouds of gas rose in the air. It remains unclear how many were injured.

Exactly one year ago, thousands of protesters amassed at the Democracy Monument calling for Prayut's resignation, the rewriting of the constitution and reforms to the kingdom's long-unassailable monarchy. Prayut had managed to hold on to power after the 2019 elections – which were held under an army-scripted constitution – while popular opposition figures were increasingly hit with legal troubles.

That protest marked the beginning of a movement that has widened the discourse on taboo topics, including the role of the royal family – protected under a draconian defamation law. But as the impact of COVID-19 rapidly chipped away at Thailand's economy, the government's handling of the pandemic has become one of the movement's main grievances.

Thailand announced earlier this week it would pair a dose of the Chinese-made Sinovac vaccine with the UK-developed AstraZeneca after authorities found that hundreds of medical staff who received Sinovac jabs had contracted the virus.

"You do not need to do any mix-and-match vaccines – just give us good vaccines," demanded a young protester Sunday.

Acclaimed Thai director Apichatpong Weerasethakul also highlighted the country's situation Saturday during his acceptance speech for the jury prize at Cannes for "Memoria."

"I'm really lucky to be standing here and while many of my countrymen cannot travel. Many of them suffer greatly from the pandemic with the mismanagement of resources, of health care and vaccine accessibility," he said. "I want to call out for the Thai and Colombian government (where "Memori"' was filmed) ... to please wake up and work for your people now."