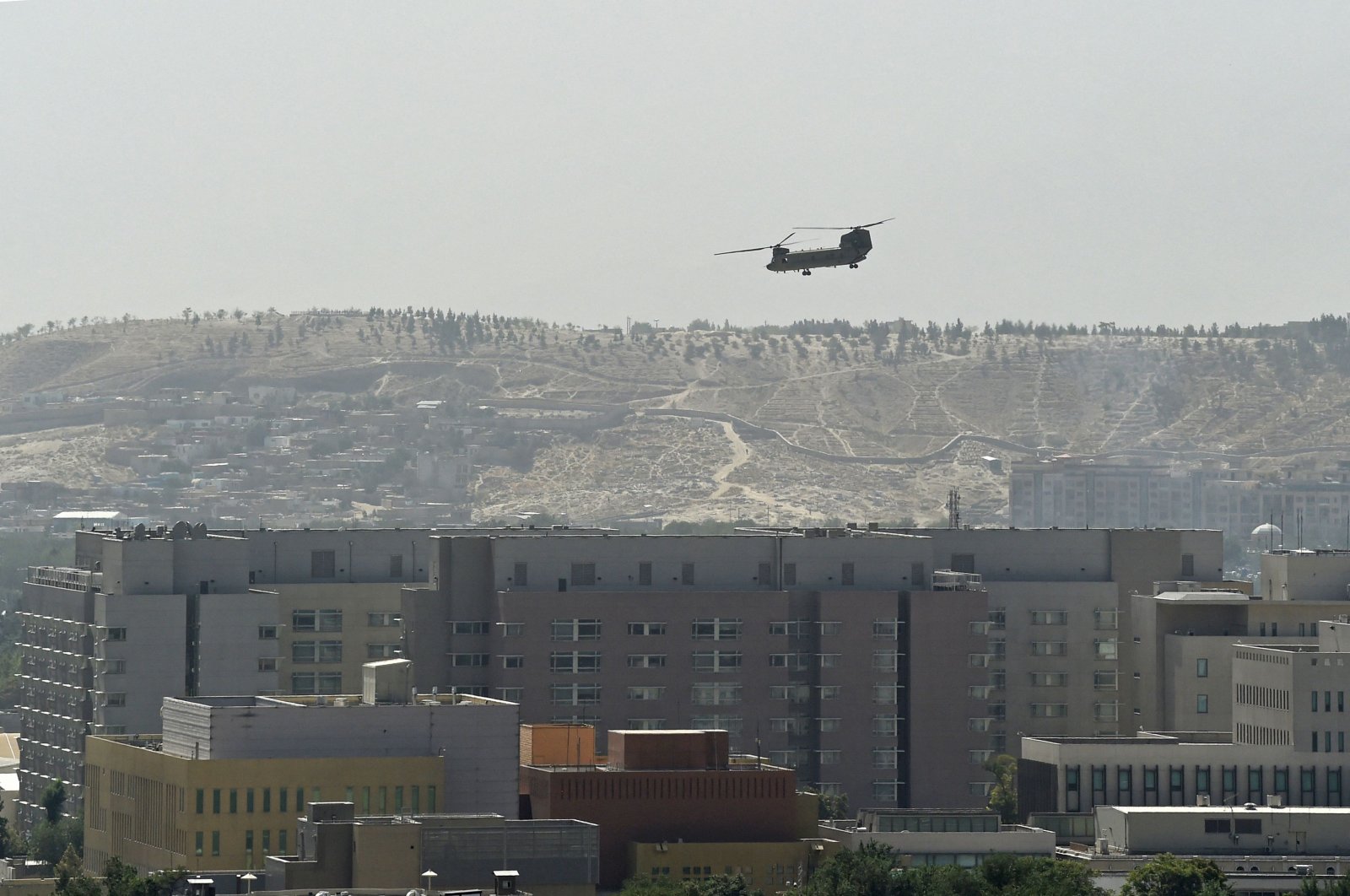 Dozens of countries are calling on all involved in events in Afghanistan to respect and facilitate the departure of foreign nationals and Afghans who wish to leave the country in the wake of the Taliban's takeover.

Some 64 nations released a joint statement Sunday night citing what they call “the deteriorating security situation” in Afghanistan. The statement says that those in power and authority across the country “bear responsibility — and accountability — for the protection of human life and property, and for the immediate restoration of security and civil order.”

The nations' statement also says that roads, airports and border crossings must remain open, and that calm must be maintained.

The statement concludes: “The Afghan people deserve to live in safety, security and dignity. We in the international community stand ready to assist them.”

The statement was distributed to U.S. media by the State Department.

The statement comes after the Taliban made rapid military advances, taking control of the country as Afghan government forces fled or surrendered.

The Taliban took control of the presidential palace in Kabul on Sunday, according to the group's spokesman, Zabiullah Mujahid.

This came following an eventful day that saw minute-to-minute developments, including the Taliban's entering the besieged capital and the departure of embattled President Ashraf Ghani along with his close aides.

Ghani, who was dubbed "the former president" by the head of Afghanistan's National Reconciliation Council, Abdullah Abdullah, in a video message, left the country.

"He [Ghani] left Afghanistan in a hard time. God holds him accountable," Abdullah said in the message in the Persian language.

Defending his decision, Ghani said in a message that he had left Kabul in order to avoid bloodshed.

Mujahid said the Taliban will not accept any transitional setup. Instead, he added, the group wants an immediate transition of power.

A delegation of the Taliban's military commission is present at the presidential palace to negotiate the transfer of power, he told ABC News.

The Taliban's consultative council has already announced a general amnesty for Afghan forces and government officials in the case of unconditional surrender.

Meanwhile, U.S. forces' helicopters were seen conducting back and forth flights between the American Embassy and Kabul airport to evacuate U.S. diplomats.

"Kabul looks like a ghost city as I speak. All shops, markets and restaurants are closed. Roads and streets wear a deserted look," Anis Khan, a Kabul-based journalist, told local broadcaster Geo News.

"The city is in the grip of fear and confusion," Khan added.

The U.S. later announced that it had completed the evacuation Sunday night of all remaining personnel from its embassy in Kabul as the Taliban laid claim to the Afghan capital.

"We can confirm that the safe evacuation of all Embassy personnel is now complete," State Department spokesman Ned Price said in a statement. "All Embassy personnel are located on the premises of Hamid Karzai International Airport, whose perimeter is secured by the U.S. Military."