COVID-19 case forces Singapore 'cruise to nowhere' back to dock 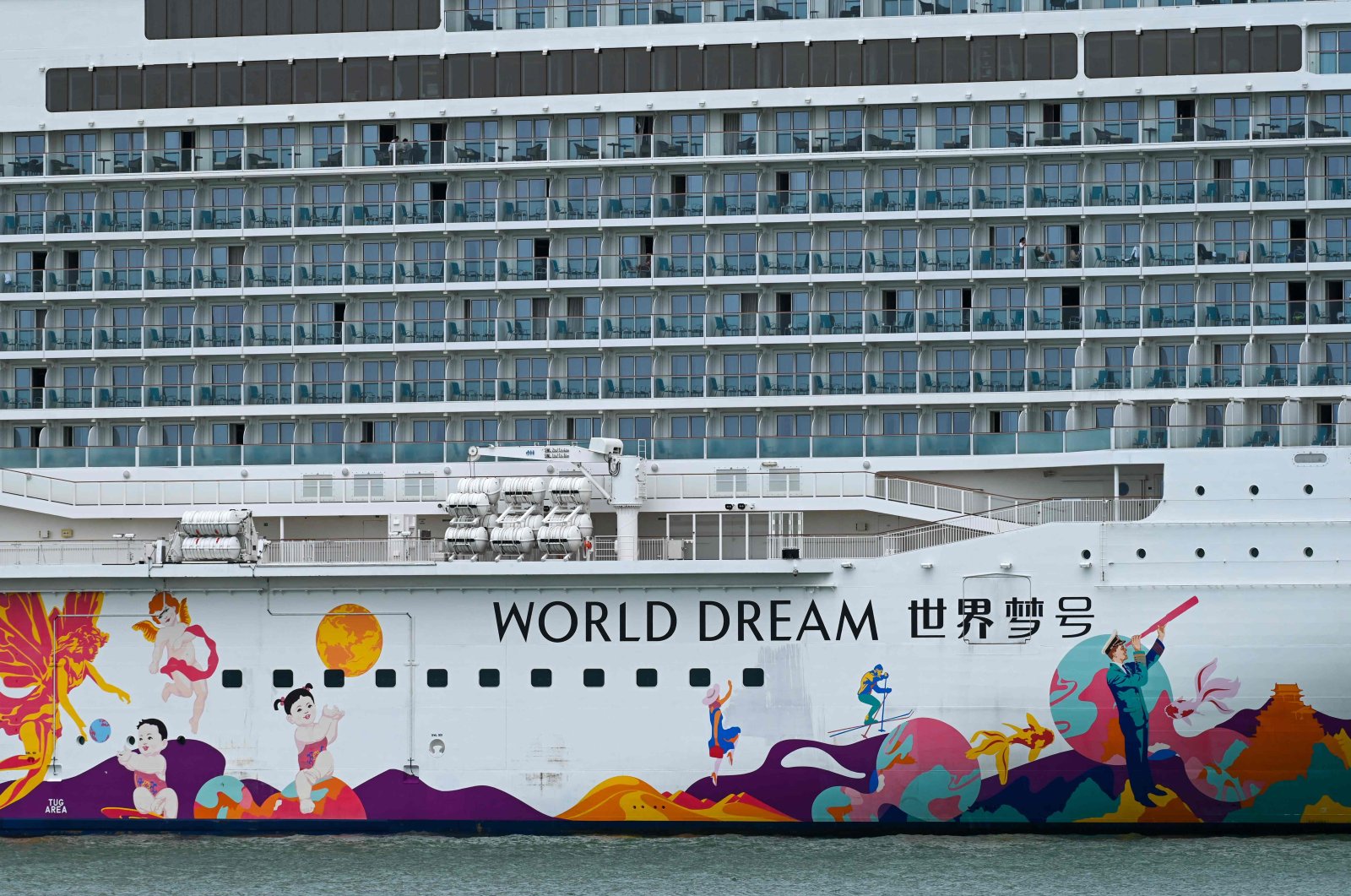 People are seen on board the Dream Cruises' World Dream cruise ship after it returned to the city-state following a passenger testing positive for the coronavirus, the Marina Bay Cruise Centre Singapore, Singapore, July 14, 2021. (AFP Photo)
by Agencies Jul 14, 2021 9:27 am
RECOMMENDED

An ocean liner sailing out of Singapore, dubbed the "cruise to nowhere," was forced to return early after a passenger tested positive for the coronavirus, the city-state's tourism board said in a statement Wednesday.

The cruise ship – starting and ending in Singapore, with no stops – was launched last year as part of the travel industry's attempt to bounce back from a pandemic-induced crunch.

They have proved popular among those seeking an escape from the tiny city-state, which has only had a mild outbreak but largely kept its borders closed. The Dream Cruises ship returned to Singapore early Wednesday, several hours earlier than planned, after the case was found.

Passengers on board were informed in the early hours that a guest had tested positive and was told to return to their rooms, broadcaster CNA said.

The 40-year-old passenger tested positive in a PCR on board and had been taken to the hospital for further confirmatory testing. The guest had tested negative during the mandatory pre-departure antigen rapid test on July 11.

All on-board leisure activities on Dream Cruises' World Dream ship had ceased, and passengers had been asked to stay in their cabins until test results were released and contact tracing was complete, the tourism board also said.

"The passenger was identified as a close contact of a confirmed case on land, and was immediately isolated as part of onboard health protocols," the board's statement said, adding that the passenger's three traveling companions were also identified and isolated. They had tested negative for COVID-19, and further contact tracing was being done.

A local newspaper, the Straits Times, said the passenger was fully vaccinated and had tested negative before boarding.

Several guests aboard the docked ship were seen chatting with one another across their private balconies, and contactless meals were being sent directly to their cabins.

The ship, owned and operated by Malaysian conglomerate Genting Group, left Singapore on Sunday evening for the four-day cruise.

Genting did not immediately respond to Agence France-Presse's (AFP) request for comment.

The company has introduced a raft of safety measures onboard, including regularly disinfecting public areas.

Last December, passengers on Royal Caribbean's Quantum of the Seas vessel were held in their cabins for more than 16 hours after a suspected COVID-19 case on board, which later turned out to be a false alarm.

The global cruise industry has taken a major hit from the coronavirus pandemic, with some of the earliest big outbreaks found on cruise ships. The cruise industry worldwide is struggling to get back on its feet after voyages were subsequently halted.