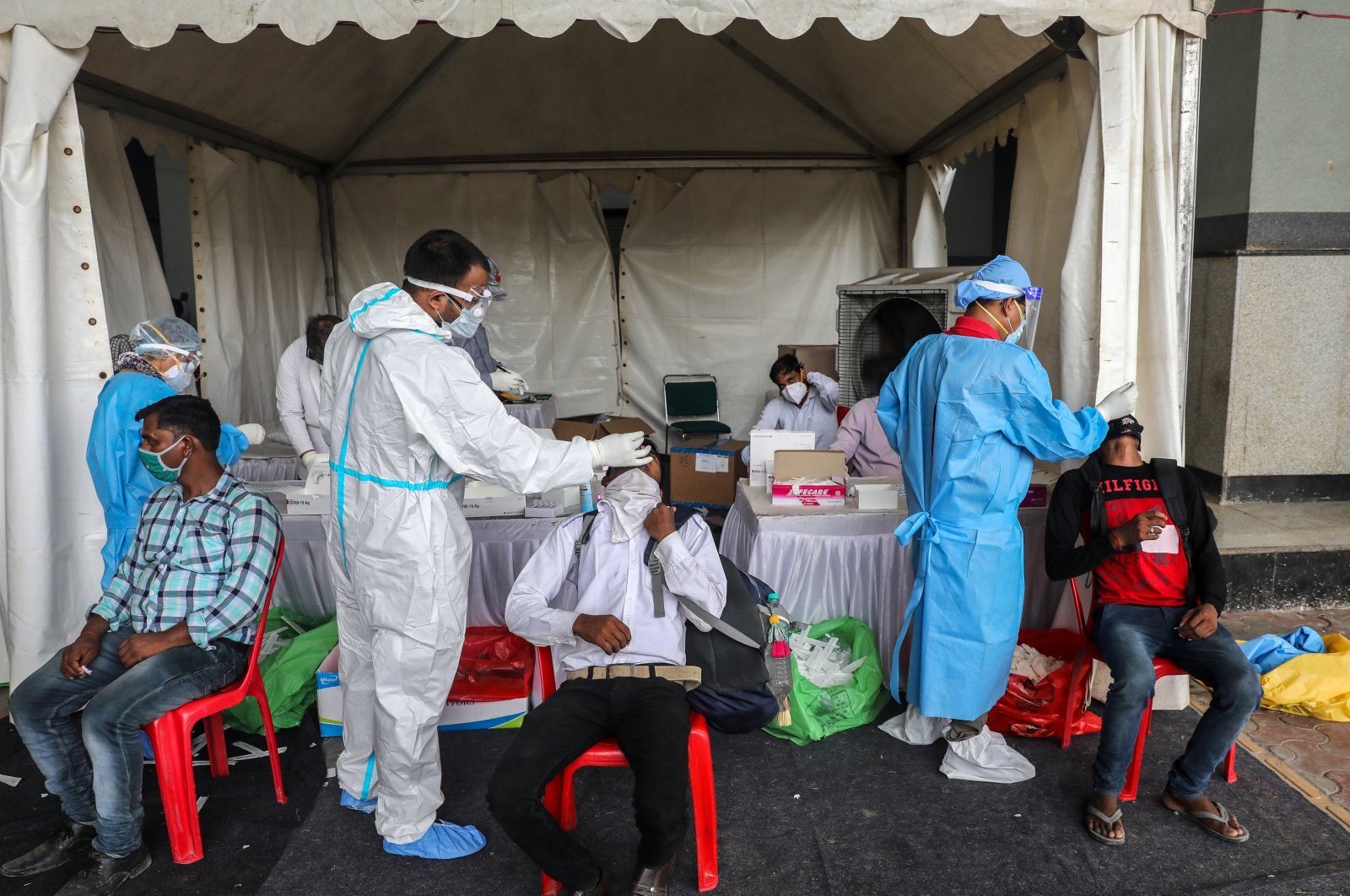 Nearly a third of New Delhi residents have been exposed to the coronavirus and have developed antibodies, a study released Thursday showed, as India reported nearly 70,000 cases in one day. It has the third-most cases in the world, behind the U.S. and Brazil, and has the fourth-highest number of deaths behind the U.S., Brazil and Mexico.

Samples of 15,000 residents were collected for the survey, which was conducted in the first week of August, New Delhi Health Minister Satyendar Jain told reporters. Jain said a "29.1% prevalence of the virus has been found in the second serological survey," adding that this meant that 5.8 million people in the city had developed antibodies. The survey shows that infections in New Delhi are much more widespread than the number of confirmed cases indicates. The city has recorded 151,904 cases, less than 1% of its approximate population of 20 million.

In the first survey last month, 23.48% of Delhi's population was found to have been exposed to the coronavirus. Many scientists say herd immunity is achieved when 70% of the population has developed antibodies to prevent an outbreak.

In Europe, Germany on Thursday reported 1,707 new cases of the coronavirus in the past 24 hours, the highest daily toll since the peak of the pandemic in April. The country has fared better than many European neighbors in suppressing the virus so far but like elsewhere, the number of cases has jumped significantly over the summer holidays.

Much of the rise has been blamed on returning holidaymakers as well as parties and family gatherings. Schools already resumed last week in parts of Germany. Faced with the surge in cases, Germany earlier this month introduced free, mandatory tests for anyone returning from areas deemed at high risk for COVID-19 infections. Chancellor Angela Merkel warned this week there could be no further relaxation of coronavirus restrictions.

France on Wednesday recorded new coronavirus cases at the fastest daily rate since May. Almost 3,800 COVID-19 infections were confirmed in the past 24 hours, the health ministry's public health division (DSG) said. "All indicators continue to climb and transmission of the virus is intensifying," the DGS said in a statement. Toulouse on Wednesday became the first French city to declare face masks compulsory outdoors. Masks are already mandatory on public transport in France and indoors in public places, amid fears that a mass movement of people as the summer break draws to a close will lead to a spike in infections.

On Wednesday, Spain recorded 6,700 new infections in 24 hours, bringing the total to more than 370,000, the highest caseload in western Europe. Ukraine on Thursday also reported a record daily increase in coronavirus cases, exceeding 2,000 new infections for the first time.

In Asia, South Korea's coronavirus infections are back "in full swing" and spreading nationwide after members of a church attended a political demonstration, authorities said Thursday, threatening one of the world's COVID-19 success stories. The Korea Centers for Disease Control and Prevention (KCDC) reported 288 new cases as of Wednesday midnight, marking a week of triple-digit daily increases, although down slightly from the previous day's 297.