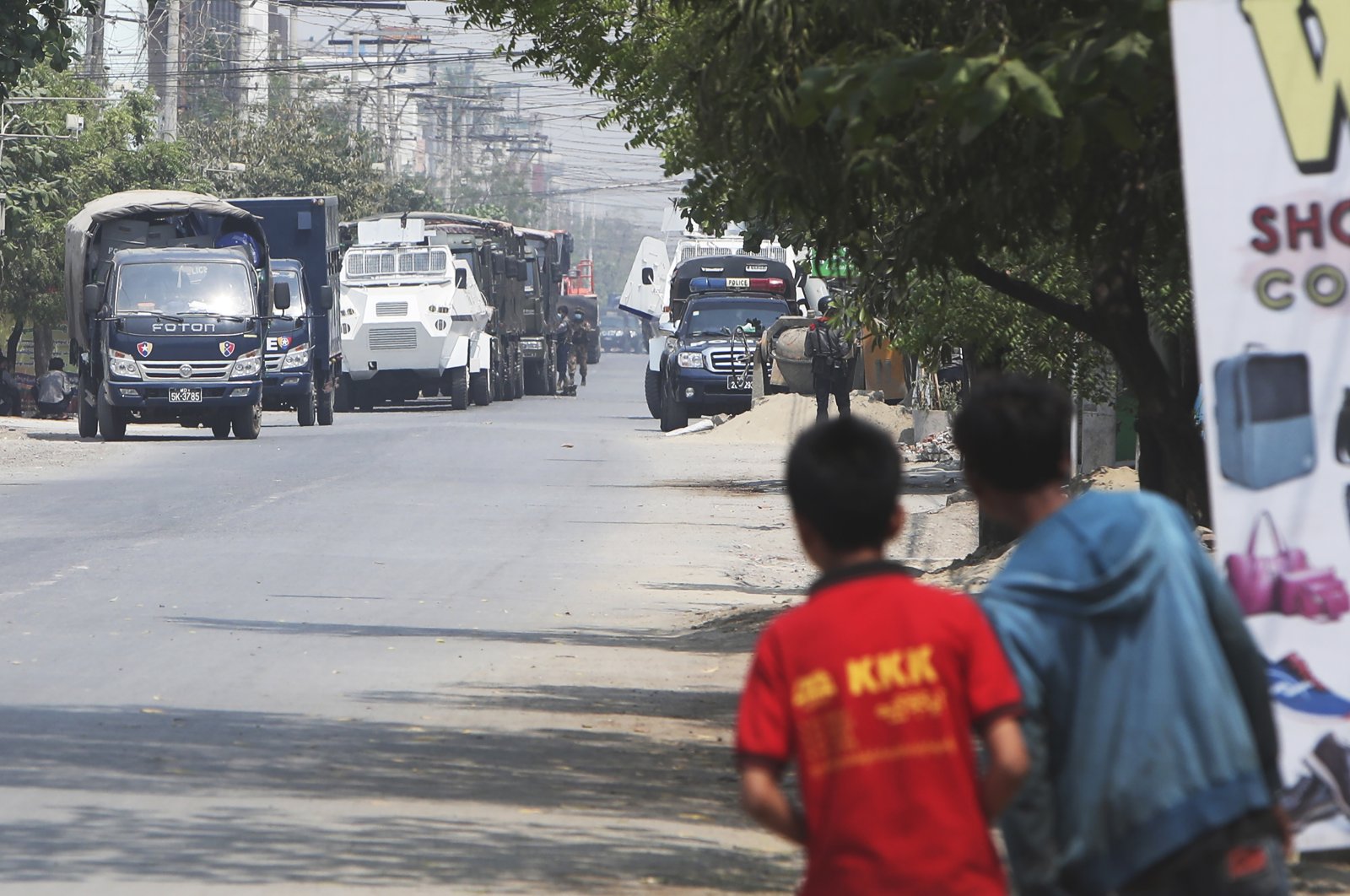 Roads out of Myanmar's biggest city were choked Friday with people fleeing the junta's deadly crackdown on anti-coup dissent, as authorities in neighboring Thailand said they were preparing for an influx of refugees.

Myanmar has been in turmoil since the military ousted civilian leader Aung San Suu Kyi on Feb. 1, triggering a mass uprising that security forces have sought to crush with a campaign of violence and fear.

More than 220 people have been confirmed killed and 2,000 detained, according to a local monitoring group.

On Friday, local media showed traffic clogging up a main highway going north out of Yangon, reporting that people were fleeing the city for rural areas.

"I no longer feel safe and secure anymore – some nights I am not able to sleep," a resident near one of the districts where security forces have killed protesters this week told Agence France-Presse (AFP).

"I am very worried that the worst will happen next because where I live... is very intense, with security forces taking people from the streets."

The woman said she had bought bus tickets for her home state in Myanmar's west and would leave in a couple of days.

A 29-year-old man who works as a goldsmith in Yangon told AFP by phone he had left the city this week because of the continuous crackdowns.

"It was too distressing to stay," he told AFP. "After arriving here in my home, I feel much more relieved and safe."

Across the Myanmar border in Thailand's Tak province, authorities said they were preparing shelters for an influx of potential refugees.

"If many Myanmar people flow across the border because of an urgent case, we have prepared the measures... to receive them," said provincial governor Pongrat Piromrat.

About 90,000 refugees from Myanmar already live along the porous border, fleeing decades of civil war between the military and ethnic armed groups.