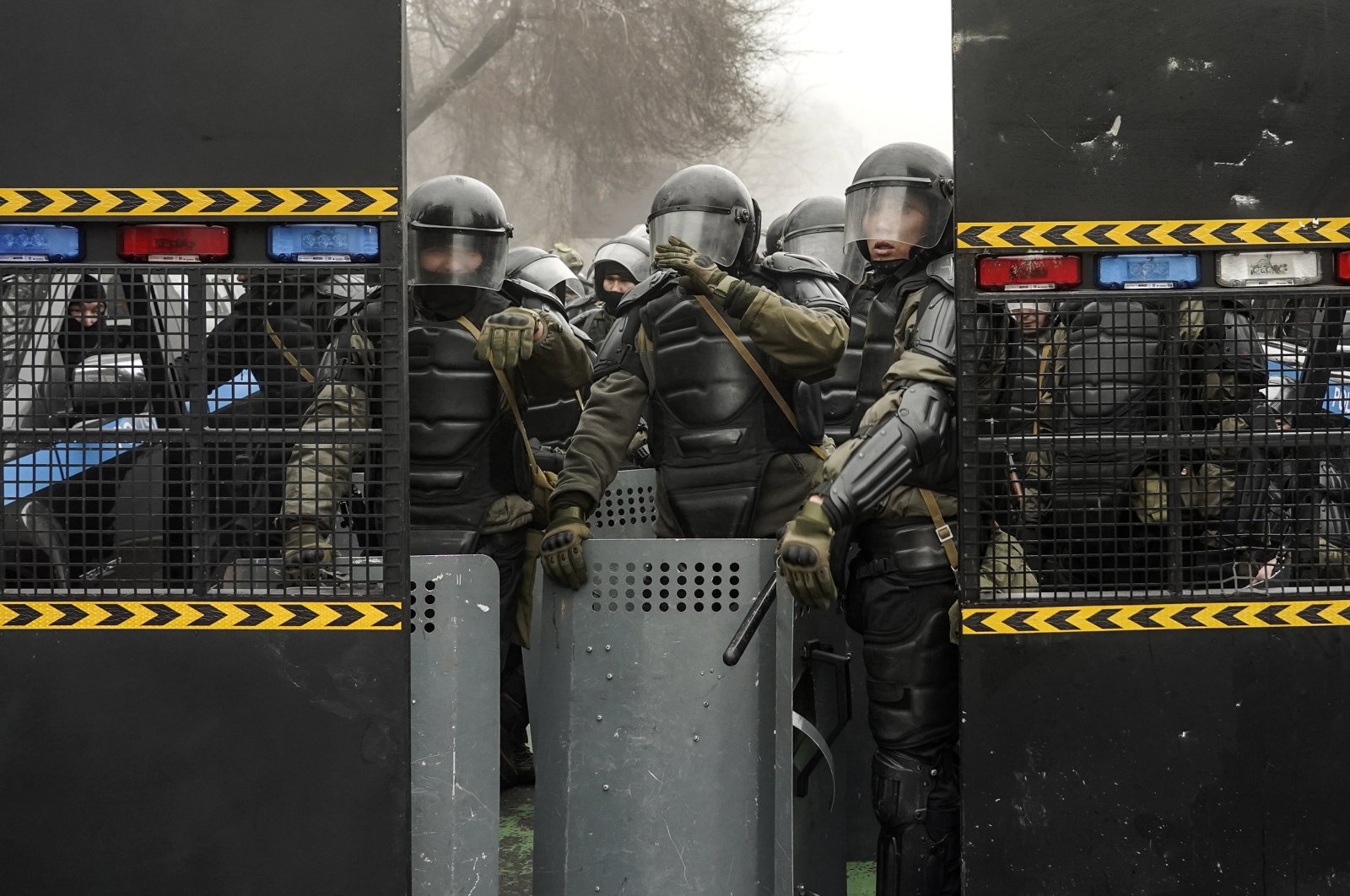 Riot police officers block a street during a protest rally over a hike in energy prices in Almaty, Kazakhstan, Jan. 5, 2022. (EPA Photo)
by Daily Sabah with Agencies Jan 06, 2022 10:06 pm
RECOMMENDED

Members of Daesh and Gülenist terrorist groups are behind the ongoing riots in Kazakhstan, a former member of the Russia’s State Duma said in a statement late Thursday.

Ruslan Balbek, who is also the former deputy prime minister of the internationally unrecognized administration of Crimea, told Russia’s state-run Ria Novosti that the “hands of ISIS and Gülenists are visible” in the protests, he said, using an alternate acronym for Daesh.

Recalling that Gülenist Terror Group (FETÖ) was behind the July 15 coup attempt in Turkey, Balbek claimed that they are also at play in the Kazakh riots.

"The hands of ISIS are visible in organizing riots on the territory of Kazakhstan,” he said.

“It is in their style – brutal killings and absurd demands,” Balbek added.

“But those Kazakhs, who were trained in Turkey at the educational institutions of Fetullah Gülen, the organizer of the coup attempt in Ankara, are at the helm,” he said, referring to the schools – which are now under Turkish government control – formerly run by the Gülenists.

Protesters “picked up an ideological virus” from Fetullah Gülen, the leader of the Gülenist cult, Balbek concluded.

Kazakhstan's armed forces have been called in to restore order and break up riots that seem to have grown into general revolt, President Kassym-Jomart Tokayev said earlier on Thursday.