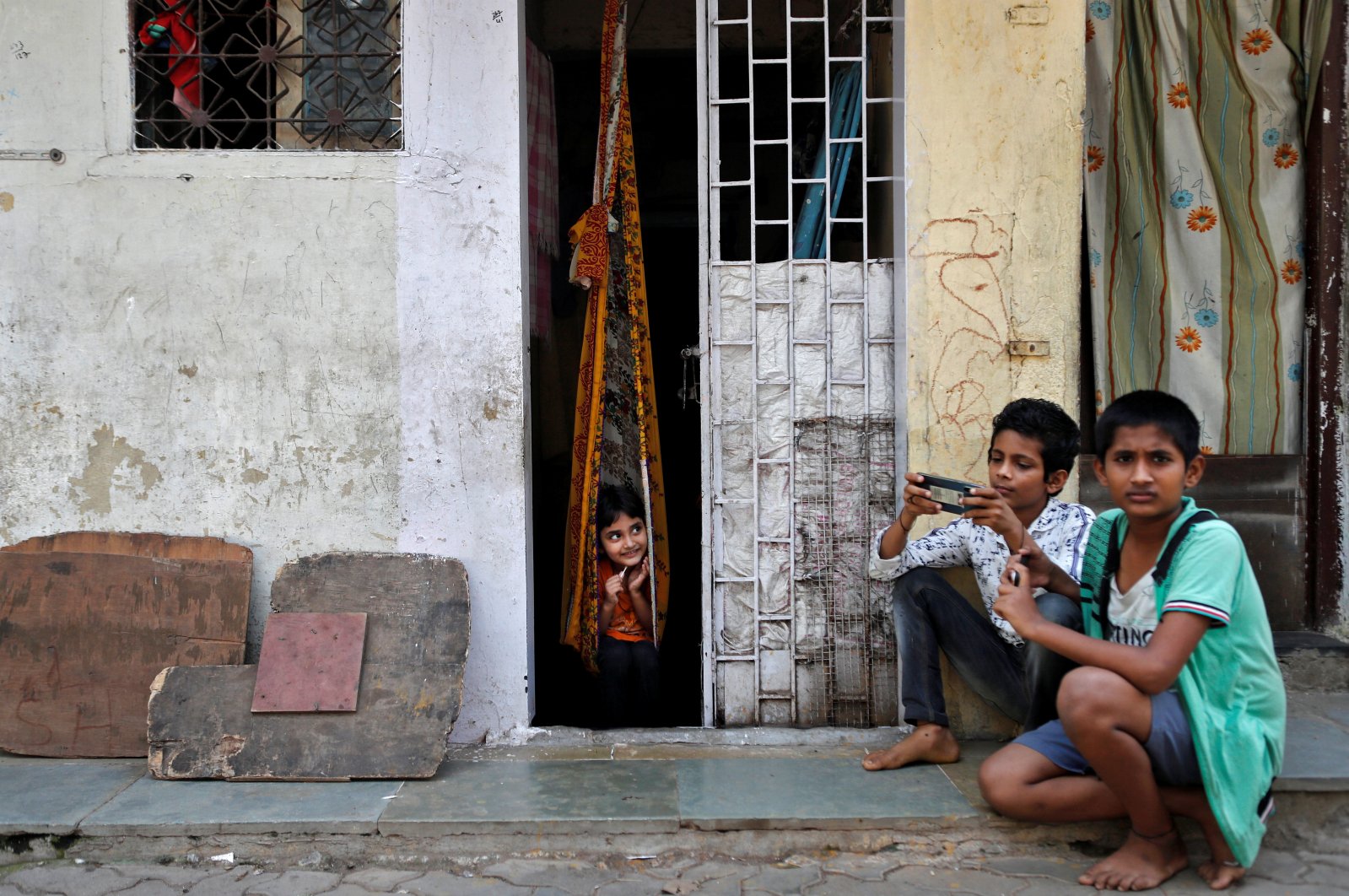 Children play outside a house during a nationwide lockdown in India to slow the spread of COVID-19, in Dharavi, one of Asia's largest slums, during the coronavirus disease outbreak, in Mumbai, India, April 10, 2020. (Reuters Photo)
by Reuters Apr 21, 2020 3:16 pm
RECOMMENDED

The death of a 12-year-old Indian farmworker during a 100-kilometer trek home following the coronavirus lockdown has sparked a probe into child labor in central India, an official said Tuesday.

Tens of millions of laborers across India have embarked on long journeys home by foot since the government last month imposed a lockdown, which has since been extended until May 3.

Jamlo Madkam died of dehydration and exhaustion on Saturday as she walked from a chili field toward her village in Chattisgarh state, according to state official Hemendra Bhuarya.

"This is a clear case of child labor and we are looking for the contractor who took the girl to work," Bhuarya, who is heading the investigation, told the Thomson Reuters Foundation.

"We are also trying to understand if the parents were given any advance by the contractor and the circumstances under which they sent her to work," said Bhuarya, the sub-divisional magistrate of Bijapur district in Chattisgarh.

The state government had awarded 100,000 rupees ($1,300) in compensation to Madkam's parents and would step up measures to monitor and tackle child labor and trafficking, Bhuarya added.

The United Nations International Labour Organization (ILO) estimates there are about 10 million workers aged 5-14 in India.

Indian labor laws ban the employment of anyone under the age of 15 but children are permitted to support family businesses outside of school hours. This provision is widely exploited by employers and human traffickers, child rights activists say.

"This (Madkam's death) should have never happened. She was just a child, not a migrant worker," said independent human rights campaigner Linga Ram Kodopi, who is based in Chattisgarh.

"Every year we see children being taken away to work because there are so few opportunities ... they bring back a sack of chili after four months that the family feeds off for a year," Kodopi said.

India has reported at least 17,000 cases of coronavirus and more than 500 deaths. The lockdown has left tens of millions of informal workers without cash or food, and fearful that bureaucracy will hinder their access to government assistance.

Many families will instead resort to taking out loans at high interest rates in order to survive, while others will fall deeper into debt and end up trapped in bonded labor – India's most prevalent form of modern slavery – according to activists.