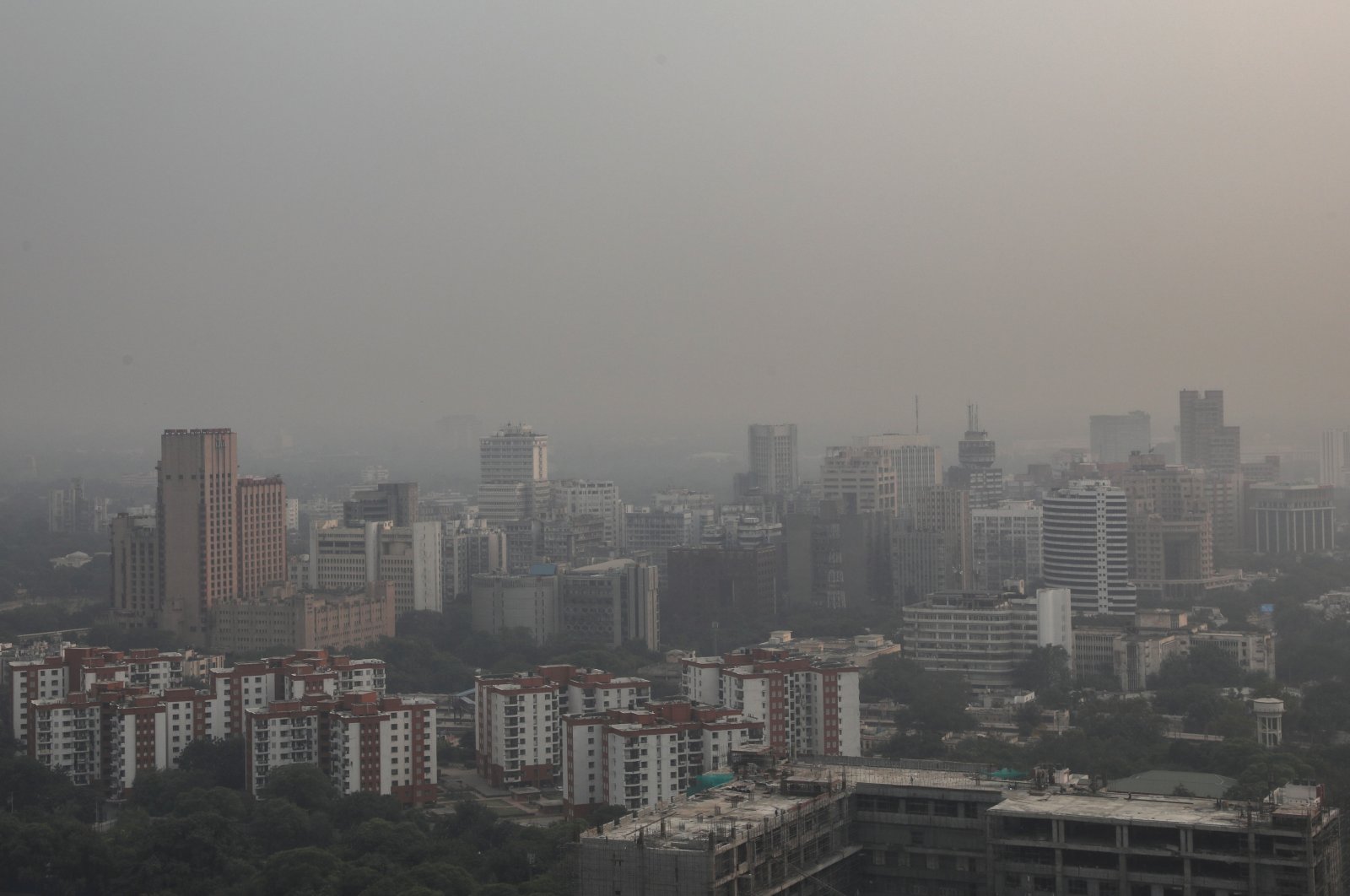 New Delhi was blanketed in a noxious haze Friday as air pollution levels in parts of the city soared to "severe" levels, hours after U.S. President Donald Trump described the air in the vast nation as "filthy."

Smoke from agricultural burning, vehicle fumes and industrial emissions – combined with cooler temperatures and slow-moving winds that trap pollutants over the city – turns air in the Indian capital into a toxic soup every winter. Air pollution in New Delhi and surrounding cities on Friday was at its worst in eight months, with the air quality index surging above 300 on a scale of 500, indicating "emergency conditions."

The air quality index at Delhi's 36 pollution monitoring sites – which monitors tiny PM2.5 and PM10 particles that get into the bloodstream and vital organs – was between 282 and 446, pushing levels into the "severe" category, the Central Pollution Control Board said.

The "good" category is between 0-50, the government's environmental watchdog added. A "significant increase in stubble fire count" to 1,213 in the Haryana and Punjab states was the highest of the season and made up 17% of Delhi's PM2.5 levels, the state-run System of Air Quality Weather Forecasting and Research added Friday.

"Further deterioration of (air quality) is expected for the two days," SAFAR said.

The worsening conditions came as Trump complained that climate change policies were unfair to the U.S.

Defending the clean air in the United States, Trump made the comment during his final debate on Thursday with Democratic rival Joe Biden ahead of the Nov. 3 presidential election, saying, "Look at China, how filthy it is. Look at Russia, look at India – it's filthy. The air is filthy."

Trump turned to India to defend his decision to pull out of the Paris climate accord, said an environmental expert. The U.S. president claimed that Biden's climate plan was an "economic disaster" for oil states such as Texas and Oklahoma. Meanwhile, Biden said that climate change is "an existential threat to humanity. We have a moral obligation to deal with it."

Trump's remarks come days before Secretary of State Mike Pompeo and Defense Secretary Mark Esper visit New Delhi for talks on building the growing U.S.-India partnership. At the first presidential debate, Trump also spoke critically of India, questioning its COVID-19 data amid criticism of his handling of the pandemic.

Health care systems, stretched by the pandemic, could be further stressed by more hospitalizations from pollution-related illnesses, researchers added.

"There are serious worries that during winter when higher air pollution levels, in any case, worsens respiratory illness and increases hospitalization, the vulnerability to COVID-19 may be further enhanced," Anumita Roy Chowdhury of the Delhi-based Centre for Science and Environment said.

The chief medical officer of Gurugram city near New Delhi, Virender Yadav, told The Times of India Thursday some recovering COVID-19 patients were experiencing a reoccurrence of respiratory conditions triggered by the heightened air pollution.

The planet has already warmed by around 1 degree Celsius (34 degrees Fahrenheit) from preindustrial levels, enough to boost the intensity of deadly heatwaves, droughts and tropical storms.