EU to join US in sanctioning China over Uyghurs, Hong Kong 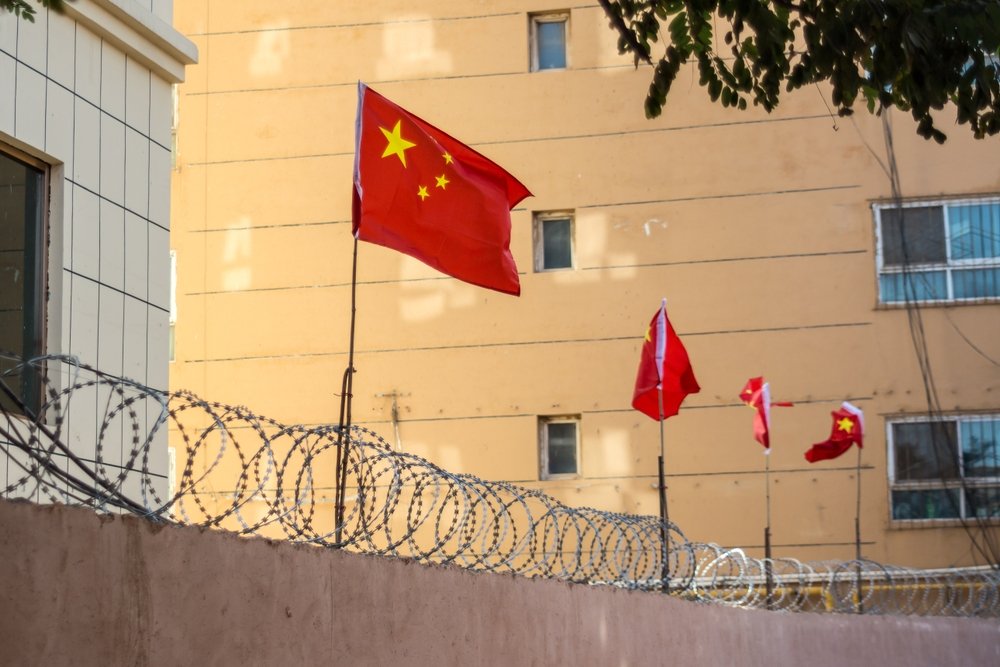 The Western community is trying to press China over Beijing's stance on Hong Kong as well as its crackdown on Uyghurs in Xinjiang, with the U.S. hitting Chinese authorities with additional sanctions and the EU imposing new restrictions for offenses against Muslim minorities

The United States has imposed sanctions on an additional 24 Chinese and Hong Kong officials over Beijing’s ongoing crackdown on political freedoms in the semi-autonomous city, just ahead of the Biden administration's first face-to-face talks with China.

The step reflects Washington’s "deep concern” about the erosion of Hong Kong’s autonomy following changes to its election system endorsed by China’s ceremonial legislature last week, U.S. Secretary of State Antony Blinken said in a statement Wednesday. The move will reduce the proportion of those directly elected and ensures that only those determined to be truly loyal to Beijing are allowed to run for office – effectively shutting opposition figures out of the political process.

The U.S. announcement was made during a visit by Blinken and Defense Secretary Lloyd Austin to Japan and South Korea, both of which are wary of China's growing economic, military and political heft. While in Tokyo, the two officials delivered a joint statement with their Japanese counterparts expressing concern about Beijing’s human rights violations in the western Xinjiang region against ethnic minorities and China’s determination to alter the status of a group of uninhabited islets administered by Tokyo but claimed by Beijing. The two arrived in Seoul on Wednesday for talks.

Blinken said China was acting aggressively and repressively, and Austin called for a stronger alliance with South Korea to better address security concerns over China and North Korea.

"The U.S.-South Korea alliance is ever more important because of the unprecedented threats from China and North Korea," Austin said at the start of talks with South Korean Defense Minister Suh Wook, according to the Yonhap news agency. He called the alliance a "linchpin" for peace, security and prosperity in Northeast Asia, and for a free and open Indo-Pacific region and beyond.

Among those included in the sanctions are Wang Chen, a member of the Chinese Communist Party’s elite 25-member Politburo, and Tam Yiu-chung, the Hong Kong delegate to the Chinese parliament’s standing committee, which drafted the national security law. Several officers from Hong Kong’s National Security Division were also sanctioned, including Li Kwai-wah, a senior superintendent, as well as Edwina Lau, a deputy commissioner of the Hong Kong police force and the head of the division.

Starting last October, the U.S. had already sanctioned 10 officials including Hong Kong leader Carrie Lam and Deputy Director of the Hong Kong and Macao Affairs Office Zhang Xiaoming. The sanctions forbid their travel to the U.S. and block their dealings with American financial institutions.

Meanwhile, a visit by European Union ambassadors to the Xinjiang region of China has stalled over their request for access to jailed Uyghur academic Ilham Tohti, a diplomatic source confirmed Wednesday. Since 2019, China says it has invited foreign diplomats and United Nations human rights chief Michelle Bachelet to visit Xinjiang, where rights groups allege more than 1 million Uyghurs and other Muslim minorities are detained in internment camps. But there has been little sign of progress.

A European diplomat told Agence France-Press (AFP) it was because the mission wants to visit Tohti, a Uyghur economist jailed for life on separatism charges in 2014. He received the Sakharov Prize – the EU's top human rights award – in 2019.

"Negotiations are in a stalemate because of Tohti and other conditions," the diplomat said. "I don't think they are going soon."

China's ambassador to the EU, Zhang Ming, on Tuesday said "almost everything had been arranged" for EU member states' ambassadors to visit Xinjiang. But it had snagged on "unacceptable requests," he added.

"They insist on a meeting with one criminal convicted by Chinese law," he said. "This is unacceptable, I'm so sorry."

A delegation of three EU officials who took part in a carefully organized Xinjiang visit in January 2019 previously said they believed the people they met in a "training center" were reciting a dictated speech.

As China feels pressure in all directions, British lawmakers said Wednesday that the United Kingdom should look to crack down on forced labor of Uyghurs with a blacklist of companies that cannot show clean supply chains and tough penalties for those which break anti-slavery law. Some firms operate in "willful blindness" over labor abuse risks in their supply chains, while the government is failing to properly enforce human rights standards, said the Business, Energy and Industrial Strategy (BEIS) scrutiny committee.

"Amid compelling evidence of abuses, there has been a sorry absence of significant new government measures to prohibit U.K. businesses from profiting from the forced labor of Uyghurs in Xinjiang and other parts of China," said committee member Nusrat Ghani in a statement. "It is deeply concerning that companies selling to millions of British customers cannot guarantee that their supply chains are free from forced labor."

The EU's 27 ambassadors agreed on Wednesday to adopt new sanctions on individuals from China and other countries over human rights abuses, the first sanctions against Beijing since an EU arms embargo in 1989 following the Tianamen Square crackdown. EU ambassadors approved the travel bans and asset freezes on four Chinese individuals and one entity, whose names will not be made public until formal approval by EU foreign ministers on March 22, as part of a new and wider rights sanctions list, as Reuters reported. The EU last sanctioned China, its second-largest trade partner, in June 1989, imposing an arms embargo on Beijing that is still in place.

China has rejected accusations of persecution and forced labor of Uyghurs, saying the camps offer vocational training and help to fight terrorism and extremism. Ming said on Tuesday that "China haters" were spreading lies for political gain. He warned against planned EU sanctions for human rights violations, saying Beijing would not yield if Brussels interfered in its internal affairs.