Filipinos in typhoon-ravaged areas call for aid amid looting threat 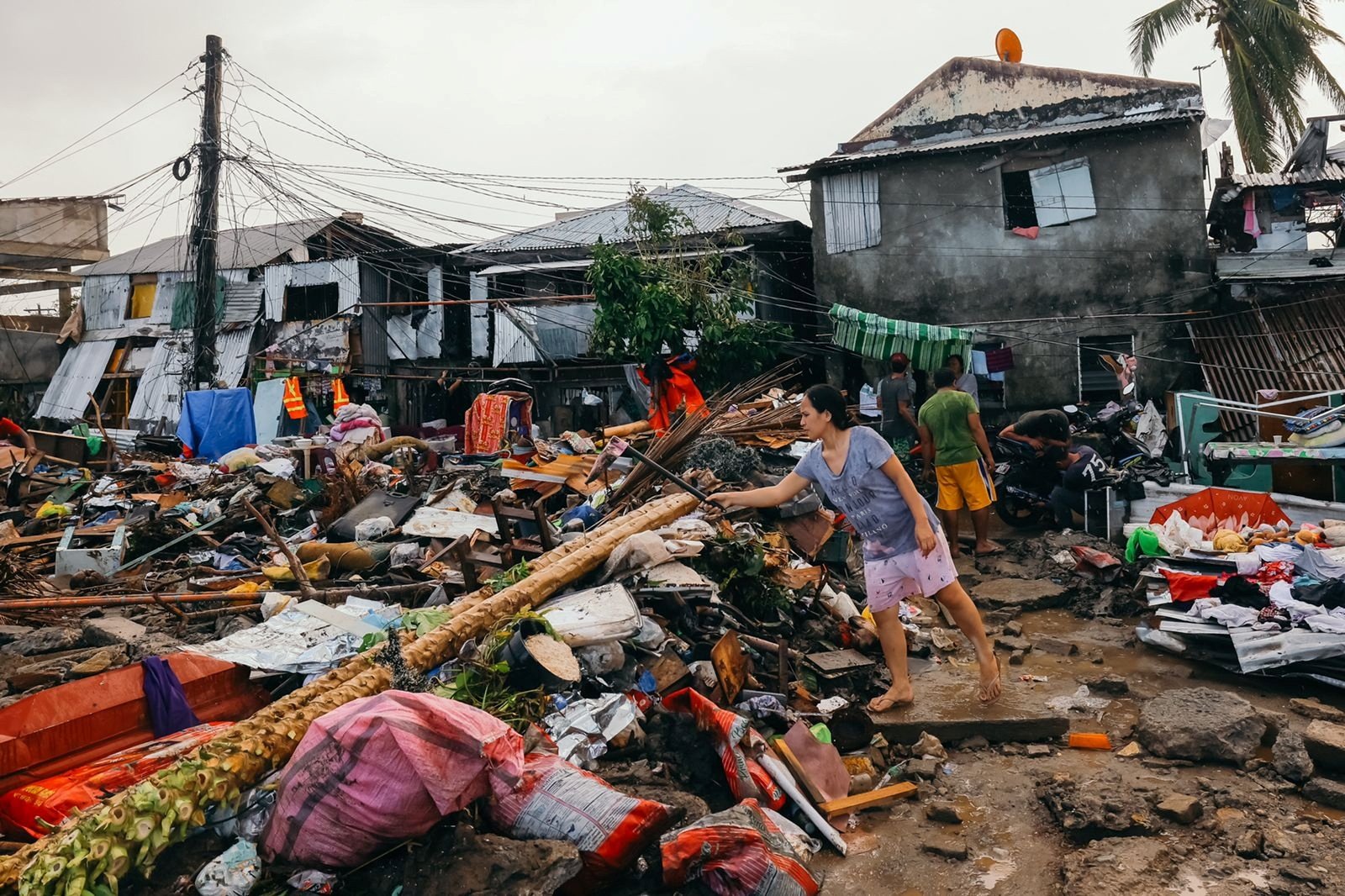 Typhoon-devastated parts of the Philippines appealed for more help on Tuesday amid warnings of looting as communities struggled with a lack of drinking water, food and temporary shelter.

The death toll from the strongest typhoon to hit the country this year was at 375, according to police data. More than 480,000 people were displaced by Typhoon Rai in central and southern provinces, where its fierce winds flattened thousands of houses, damaged infrastructure, and triggered floods and landslides.

Even evacuation centers were damaged in many of the affected areas, Public Works Secretary Roger Mercado said.

"Some people are just staying along roads now," Mercado told ABS-CBN News television from the eastern province of Southern Leyte.

"We really need all the help we can get," he added. "That’s why I’m calling on all good-hearted people, during this time of Christmas, please send water, blankets, construction materials, anything."

In the island province of Bohol, where 96 fatalities were reported, provincial governor Arthur Yap said he has received reports of looting by desperate victims.

"Please send the food packs now or if not, I’m asking President (Rodrigo) Duterte to please send in police and soldiers because there are already reports of untoward incidents in some towns," he said, according to the Deutsche Presse-Agentur (dpa).

"The small shops along the road were the first to be hit ... but you can't blame the people," he added. "The situation is controlled for now, but I don't know until when."

"It’s Christmas soon, please take pity on the typhoon victims," Yap said, adding that the government's social welfare department promised to send 35,000 food packs, an inadequate amount for the province's 375,000 families, but even those have not yet arrived.

Some lootings mostly of small merchandise stores have occurred, Yap said, adding that the situation remained under control. But he warned that the lootings could worsen if people, especially in hard-hit island municipalities, grow more desperate. People cannot withdraw money from banks without cellphone connections and power, and fuel and water shortages have also sparked long queues, he said.

The national police said widespread lootings were not a problem in the typhoon-ravaged regions and added that they were ready to deal with any lawlessness.

"Let us not allow others to celebrate Christmas without anything to eat, without a place to live and without hope," Robredo said in a live post on Facebook. "This is your call to action. We who are lucky, let us send our love to them," she added.

Authorities were also working with electricity and telecommunication companies to repair facilities and restore supply and connections to the affected areas.

According to the National Grid Corporation of the Philippines (NGCP), 12 towers and 600 steel poles were downed by Rai, mostly in the provinces of Cebu, Bohol and Southern Leyte.

"We cannot give yet a restoration schedule for these areas," said Cynthia Perez Alabanza, spokesperson for the NGCP.

The Philippine archipelago is hit by an average of 20 tropical cyclones every year.

The strongest typhoon to ever hit the Philippines was Super Typhoon Haiyan, which killed 6,300 and displaced more than 4 million people in November 2013.

The Philippines has not appealed for international help, but Japan said it was sending power generators, camping tents, sleeping pads, water containers and tarpaulin roofing sheets to hard-hit regions, while China announced it was providing 20,000 food packs and rice.

About 20 tropical storms and typhoons annually batter the Philippines, which also lies along the seismically active Pacific "Ring of Fire" region, where earthquakes and volcanic eruptions frequently occur, making the Southeast Asian nation of more than 100 million people one of the world's most disaster-prone countries.