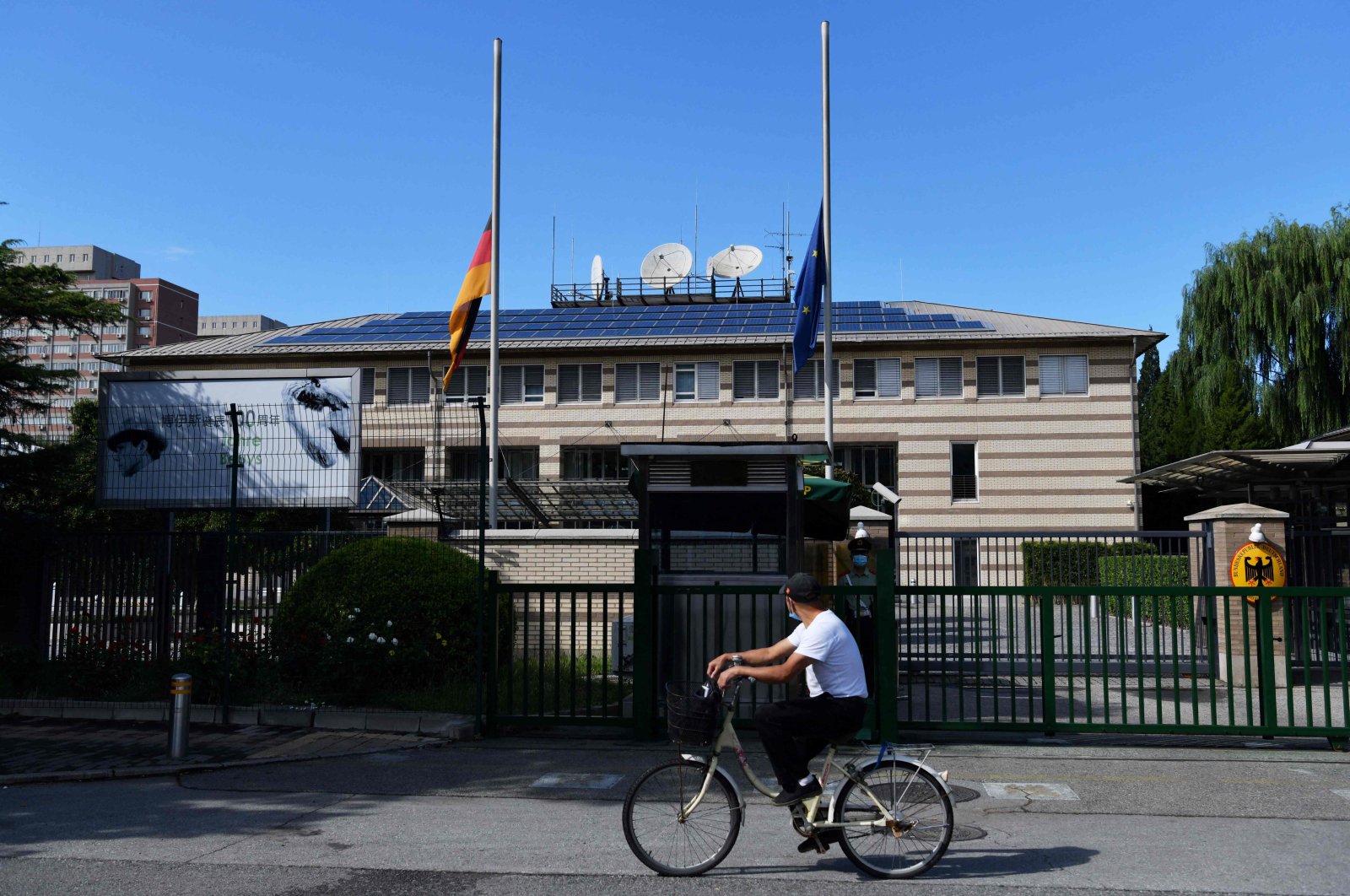 A man cycles past the German and EU flags flying at half-mast at the German Embassy in Beijing on Sept. 6, 2021, after the announcement of the death of Germany's ambassador to China Jan Hecker. (AFP Photo)
by REUTERS Sep 06, 2021 2:06 pm

Hecker had presented his credentials at China's Foreign Ministry Aug. 24, the embassy in Beijing told Reuters by social media. The cause of death has yet to be confirmed.

"I mourn the loss of a highly esteemed, long-standing adviser of deep humanity and outstanding professional expertise," Merkel, who expressed shock at the news, said in comments posted on Twitter by her spokesperson.

"We are shocked to learn about the sudden death of Ambassador Hecker, who had been working actively to promote China-Germany relations since assuming his post," he told a regular media briefing.

China would provide assistance to Hecker's family and the embassy, he added.

Hecker had appeared "happy and all right" when he hosted an event about German artist Joseph Beuys at his Beijing home last Friday, a guest at the event said.

German and European Union flags flew at half-mast Monday at the embassy in Beijing.

Hecker had arrived in China Aug. 1, the embassy said, and like all arrivals would have been required to spend time in quarantine, as a COVID-19 precaution.