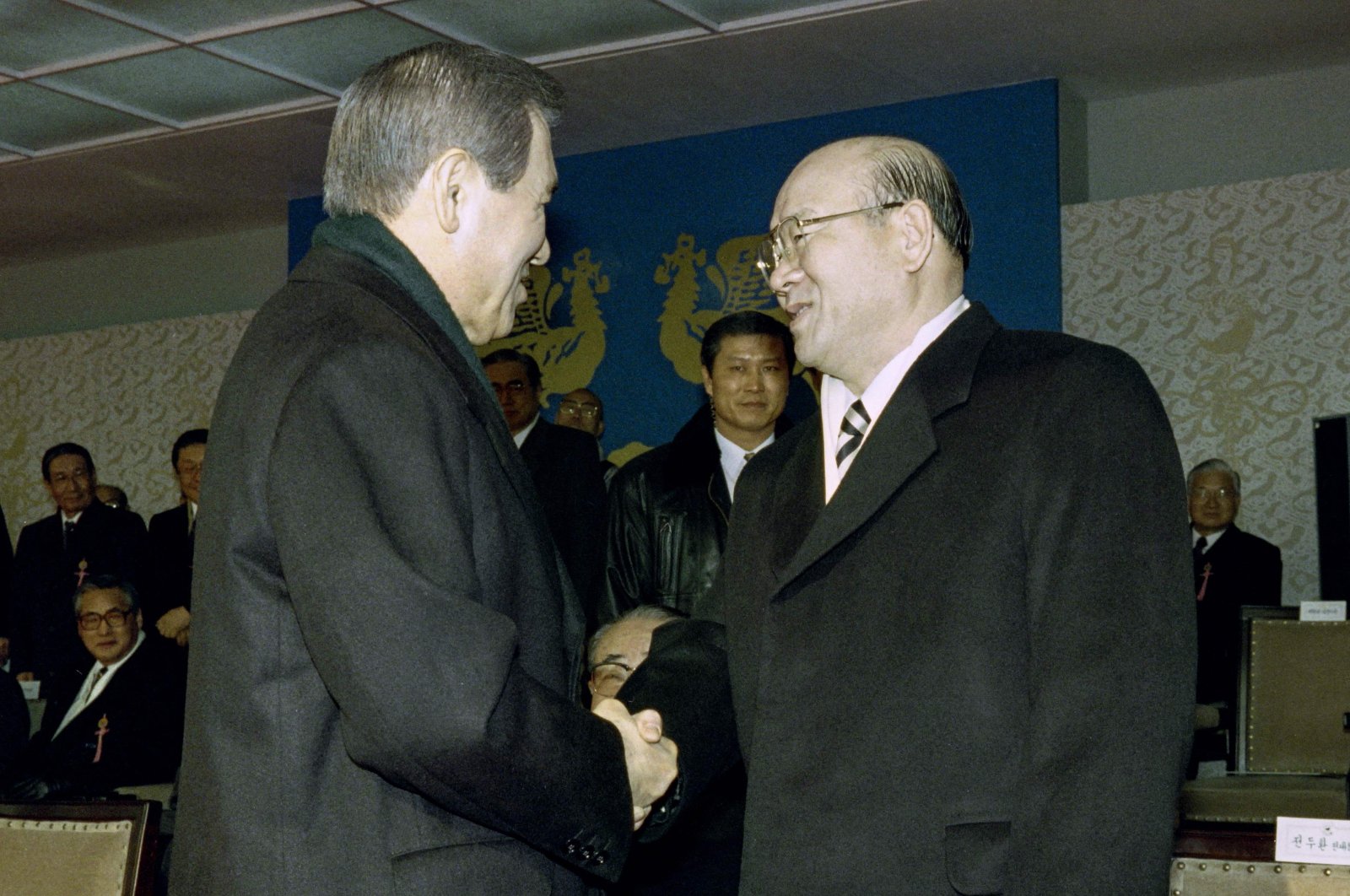 Former South Korean military strongman Chun Doo-hwan, who ruled the nation for eight years following a 1979 coup before being imprisoned for crimes committed while in office, died Tuesday at the age of 90.

Chun, who suffered in recent years from Alzheimer’s disease and a blood cancer, was declared dead after a heart attack at his Seoul home, police and emergency officials said.

Chun's rule lasted until 1988 and remains for many South Koreans a time marked both by severe political repression, as well as rapid social and economic changes. Chun's coup extended military-backed rule of the country, after the assassination of his mentor and former army general, Park Chung-hee, who had held power since 1961. During their back-to-back dictatorships, South Koreans suffered huge human rights abuses but the country’s economy grew dramatically from the ruins of the 1950-53 Korean War.

Chun was an army major general when he seized power in December 1979 with his military cronies. Tanks and troops rolled into Seoul in a coup that came less than two months after Park was assassinated by his own intelligence chief during a late-night drinking party after a harsh 18-year rule.

Chun quickly consolidated his power by launching a bloody crackdown on a civil uprising in Gwangju. Government records show about 200 died due to the crackdown, but activists say the death toll was much higher. Chun’s government also imprisoned tens of thousands of others, saying it was rooting out social evils.

Chun’s military tribunal arrested prominent opposition leader Kim Dae-jung and sentenced him to death for allegedly fomenting the Gwangju uprising. After the United States intervened, Kim’s sentence was reduced and he was eventually freed. Kim later became president and won the 2000 Nobel Peace Prize for his efforts to promote democracy in South Korea and reconcile with rival North Korea.

Despite political oppression, South Korea’s economy boomed during Chun’s tenure. He introduced several liberalizing measures, including an end to a Korean War-era curfew and an easing of restrictions on overseas trips. South Korea also won the rights to host the 1988 Summer Olympics, which were seen as celebrating the country's economic rise. The Olympics were held after Chun left office.

Many conservatives still view Park as a hero who pulled the country up from poverty, but for most people Chun is a highly negative figure, mainly because of the Gwangju crackdown. Chun never apologized and refused to acknowledge he was behind orders to fire on demonstrators in Gwangju.

Last month, Chun’s army friend and another former President Roh Tae-woo, who played a key role in the 1979 coup, died at the age of 88. Roh never directly apologized over the crackdown too.

“Gwangju is truly a huge pain in our country’s modern history. Chun and Roh were the only two people who could have brought a historic closure to such pains," said Jang Seung-Jin, a professor at Seoul’s Kookmin University. Jang said it was “very regrettable” that both leaders died without apologizing and disclosing the full details of the crackdown.

Jang added that South Koreans remain divided over the legacy of their past military rulers. He said that “fake news” about the Gwangju crackdown has been fed by Chun's refusal to fully acknowledge what happened.

“The only reaction I had to the news of his death was ‘wow, he’s finally gone,’’’ said Byun Hye-min, an office worker in Seoul. Byun noted there was still a lot of “anger” about “the things he did and his refusal to apologize.”

Chun's rule was also marred by deadly North Korean attacks, though he sought reconciliation with the North during his time in power.

In 1983, North Korean commandos triggered a bomb that targeted Chun during a visit to Myanmar. Chun narrowly escaped injury in the attack, which killed 21 people, including several South Korean government ministers. In 1987, North Korean agents bombed a South Korean airliner, killing all 115 people on board.

At home, public anger over his dictatorship led to massive street protests in 1987, forcing Chun to accept a constitutional revision to introduce direct presidential elections, which were considered as the start of South Korea’s transition to democracy

Roh, the governing party candidate, won a hotly contested December 1987 election, largely due to a splitting of the vote between liberal opposition candidates Kim Dae-jung and his chief rival, Kim Young-sam.

During Roh’s presidency, Chun took refuge for two years in a Buddhist temple in the face of massive public criticism. After Roh left office in 1993, Kim Young-sam became president and had both Chun and Roh stand trial as part of a reform drive. The two ex-presidents were convicted of mutiny and treason over the coup and the Gwangju crackdown, as well as corruption. Chun was sentenced to death and Roh to 22 1/2 years in prison.

Kim Young-sam eventually pardoned the two former presidents in late 1997 at the request of then-President-elect Kim Dae-jung, who sought greater national reconciliation to revive the economy, hit by an Asian foreign exchange crisis.

When Roh died Oct. 26, there was a rare outpouring of public sympathy for him, with high-profile figures paying respects to the former leader and the government holding a public funeral for him.

Though Roh never directly apologized over the crackdown, his son repeatedly visited a Gwangju cemetery to pay respects to the victims and apologized on behalf of his father, who was bed-ridden in the 10 years before his death.

Presidential spokesperson Park Kyung-mee expressed condolences to Chun’s family, but added it was regrettable that the former leader had failed to apologize for the Gwangju events before his death. She said the Blue House doesn’t plan to send mourning flowers or any official representative to pay respects.