N. Korea's Kim orders hotline with S. Korea to reopen, but slams US 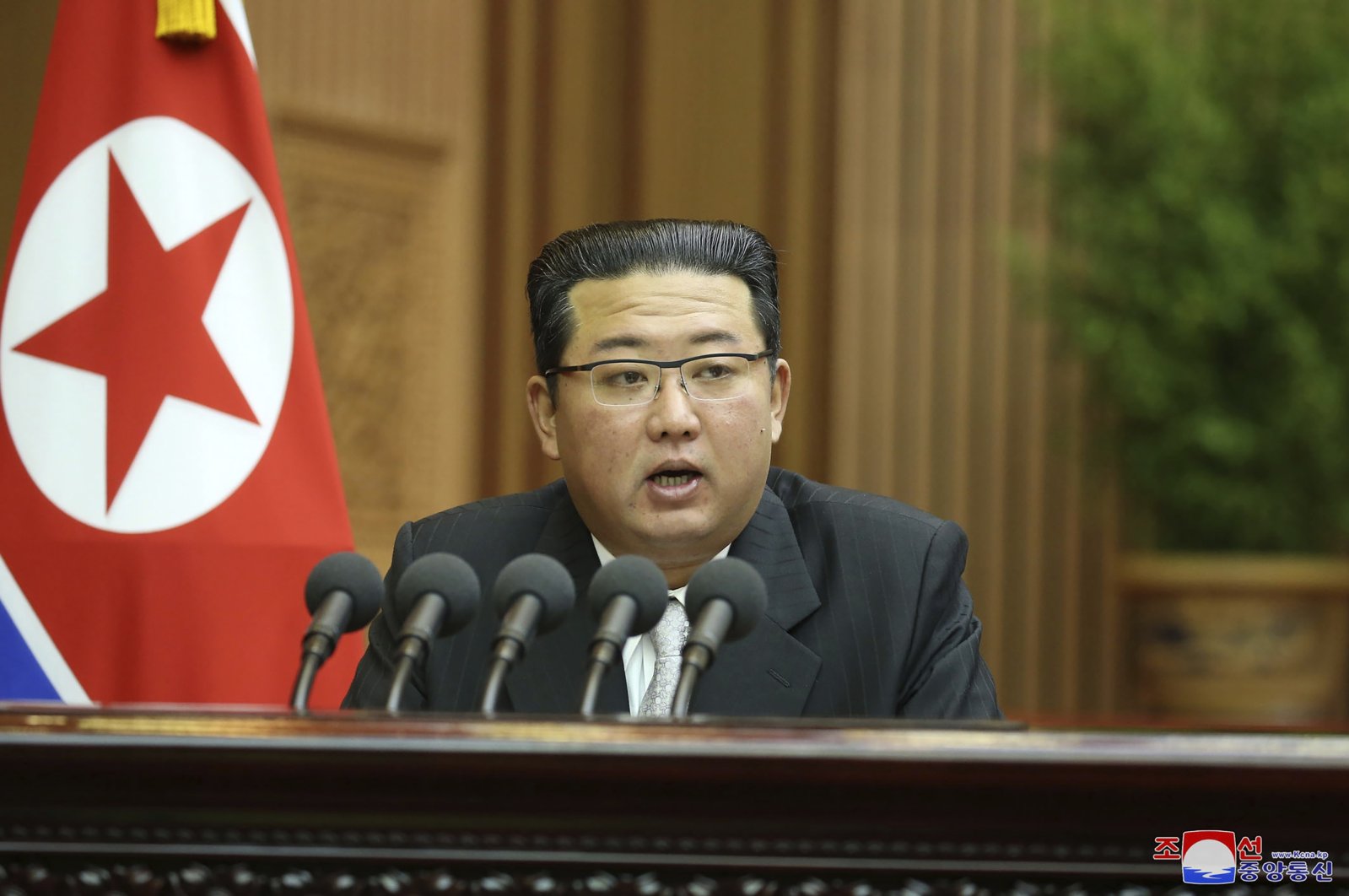 North Korean leader Kim Jong Un condemned the U.S. proposal for dialogue, acussing Washington of harboring a "hostile policy" against the country but said that he ordered the authorities to reestablish lines of communication with South Korea to "promote peace"

Kim’s statement is an apparent effort to drive a wedge between Seoul and Washington as he wants South Korea to help him win relief from crippling U.S.-led economic sanctions and other concessions. Pyongyang this month has offered conditional talks with Seoul alongside its first missile firings in six months and stepped-up criticism of the United States.

The decision to reactivate the lines is to help "realize the expectations and desire of the entire Korean nation" for recovery and durable peace in cross-border relations, Kim said. "We have neither aim nor reason to provoke South Korea and no idea to harm it," he said, according to the official Korean Central News Agency (KCNA) news agency.

The U.N. Security Council scheduled an emergency closed meeting on Thursday at the request of the United States, United Kingdom and France on North Korea’s recent tests. During a speech at his country’s rubber-stamp parliament on Wednesday, Kim said the restoration in early October of cross-border hotlines – which have been largely dormant for more than a year – would realize the Korean people’s wishes for peace between the two Koreas, according to the KCNA.

Kim still accused South Korea of being "bent on begging external support and cooperation while clamoring for international cooperation in servitude to the U.S.,” rather than committing to resolving the matters independently between the Koreas. Kim repeated his powerful sister Kim Yo Jong’s calls for Seoul to abandon "double-dealing attitude” and "hostile viewpoint” over the North’s missile tests and other developments, saying the fate of inter-Korean ties is at a critical juncture.

Some experts say North Korea is pressuring South Korea to tone down the criticism of its ballistic missile tests, which are banned by U.N. Security Council resolutions, as part of its quest to receive international recognition as a nuclear power.

South Korea’s Unification Ministry responded that it will prepare for the restoration of the hotline that it said is needed to discuss and resolve many pending issues. It said the "stable operation” of the channels is expected because their restoration was directly instructed by Kim Jong Un.

On the United States, Kim Jong Un dismissed repeated U.S. offers to resume talks without preconditions, calling them an attempt to hide America’s "hostile policy” and "military threats” that he said remain unchanged.

The Biden administration "is touting ‘diplomatic engagement’ and ‘dialogue without preconditions’ but it is no more than a petty trick for deceiving the international community and hiding its hostile acts and an extension of the hostile policy pursued by the successive U.S. administrations,” Kim said, as The Associated Press (AP) reported.

He added: "The U.S. remains utterly unchanged in posing military threats and pursuing hostile policy toward (North Korea) but employs more cunning ways and methods in doing so.”

North Korea has long said the U.S.-led economic sanctions on it and regular military drills between Washington and Seoul are proof of U.S. hostility against the country. Kim Jong Un has said he would bolster his nuclear arsenal and not resume nuclear diplomacy with Washington unless such U.S. hostility is withdrawn.

U.S. officials have repeatedly expressed hopes to sit down for talks with North Korea "anywhere and at any time,” but have maintained they will continue sanctions until the North takes concrete steps toward denuclearization. The diplomacy has been stalled for 2 ½ years due to disagreements over easing the U.S.-led sanctions in return for limited denuclearization steps.

North Korea’s ongoing outreach to Seoul came after South Korean President Moon Jae-in, who seeks progress in his appeasement policy on North Korea before he ends his five-year term next May, proposed a symbolic peace declaration during his U.N. speech last week.

"Kim Jong Un will likely continue to use South Korea to move the Biden administration in its favor," Kwak Gil Sup, head of One Korea Center, a website specializing in North Korea affairs, wrote on Facebook. "He'll make more outright attempts to wedge South Korea and the U.S. apart. It's a highly sophisticated strategy to make the best use of the impatience of the (Moon) government preoccupied with producing progress in its peace process on the Korean Peninsula.”

A professor at the University of North Korea Studies in Seoul Yang Moo-jin said that "the North seems upset about the Biden administration having not made any concrete, tempting proposal to resume negotiations," according to Reuters.

Prior to the launch Tuesday of what North Korea said was a hypersonic missile, it also this month launched a newly developed cruise missile and a ballistic missile from a train. Both cruise and ballistic weapons could carry nuclear bombs to attack targets in South Korea and Japan, where a total of 80,000 American troops are stationed. Kim said that "a spur has been given to ... developing a powerful new weapon system capable of thoroughly containing the military moves of the hostile forces.”

Kim Jong Un maintains a moratorium on testing a longer-range missile capable of reaching the American homeland, an indication he wants to keep alive chances for future diplomacy with the U.S. After nearly 10 years in power, Kim Jong Un has said North Korea is facing its worst-ever crisis due to the coronavirus pandemic, the U.S.-led sanctions and natural disasters. In his parliament speech, he claimed progress in economic recovery projects but urged stronger efforts to fulfill objectives set earlier this year. Meanwhile, Kim’s sister was elected as a member of the State Affairs Commission led by her brother during this week’s Supreme People’s Assembly session, KCNA reported.

The appointment of Kim Yo Jong, who already is a senior ruling party official who handles Pyongyang’s relations with Seoul, is another sign Kim is solidifying his family’s rule in the face of the difficulties.