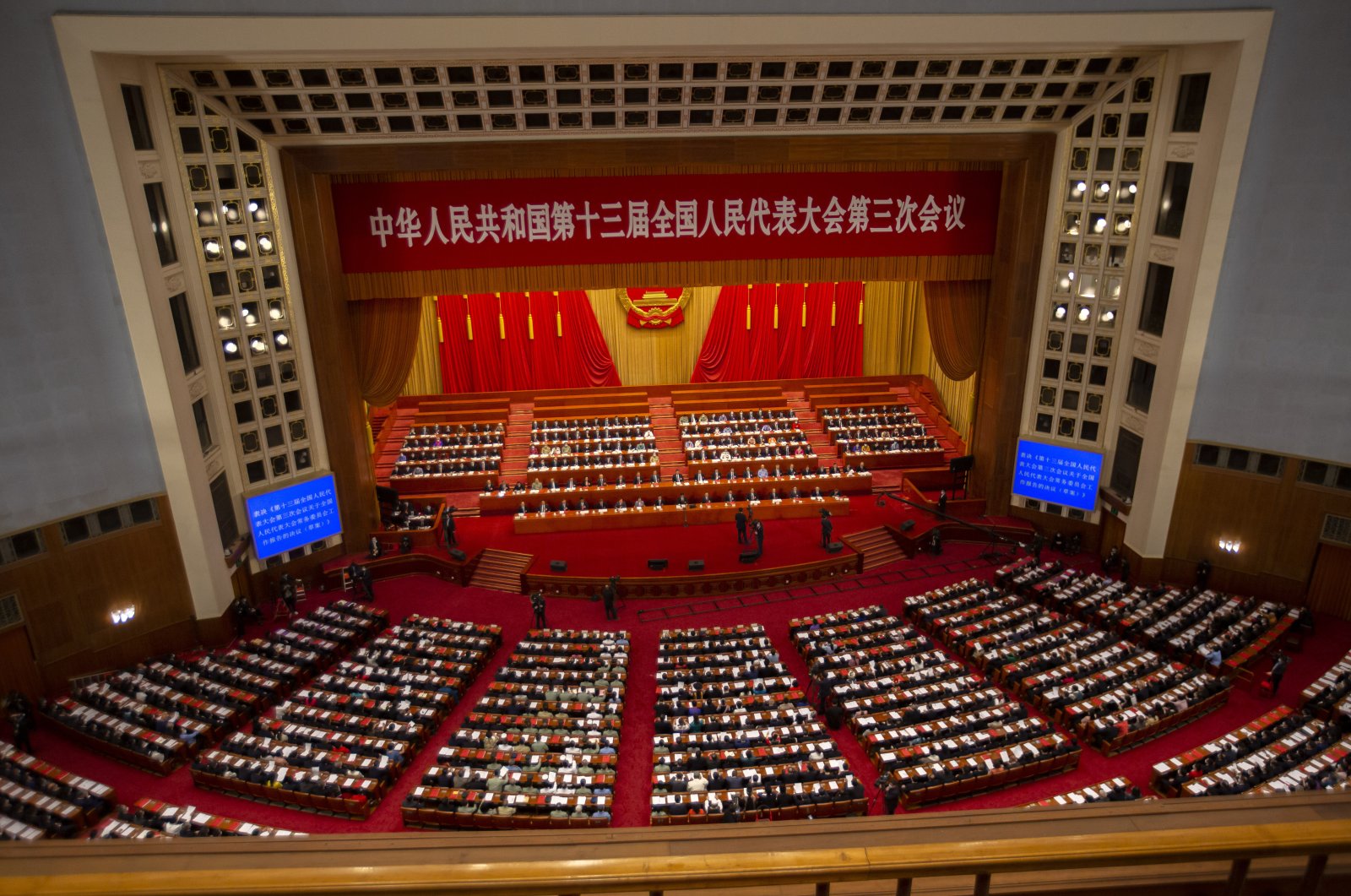 Delegates and Chinese leaders attend the closing session of China's National People's Congress (NPC) in Beijing, Thursday, May 28, 2020. China's ceremonial legislature has endorsed a national security law for Hong Kong that has strained relations with the United States and Britain. (AP Photo)
by Anadolu Agency May 28, 2020 5:21 pm
RECOMMENDED

The United Kingdom, Australia, Canada and the United States on Thursday expressed "deep concern" on Beijing's decision to impose a national security law in Hong Kong on Thursday.

"Signatories to this statement reiterate our deep concern regarding Beijing's decision to impose a national security law in Hong Kong," the statement said.

China on Thursday passed a new national security law for Hong Kong set to rein in the semi-autonomous region after months of protests last year.

At the concluding session of the National People's Congress, China's top legislative body, the draft of the Hong Kong national security legislation was formally adopted.

Hong Kong, a semi-autonomous region under China since 1997, last year witnessed protests against the move to legalize extradition to mainland China.

Describing Hong Kong "a bastion of freedom," the statement said the "international community has a significant and long-standing stake in Hong Kong's prosperity and stability."

"Direct imposition of national security legislation on Hong Kong by the Beijing authorities, rather than through Hong Kong's own institutions as provided for under Article 23 of the Basic Law, would curtail the Hong Kong people's liberties, and in doing so, dramatically erode Hong Kong's autonomy and the system that made it so prosperous," it added.

It underlined that the decision to impose the new national security law on Hong Kong "lies in direct conflict with its international obligations under the principles of the legally-binding, U.N.-registered Sino-British Joint Declaration," and it would "undermine the One Country, Two Systems framework."

China's new national security law "also raises the prospect of prosecution in Hong Kong for political crimes, and undermines existing commitments to protect the rights of Hong Kong people – including those set out in the International Covenant on Civil and Political Rights and the International Covenant on Economic, Social and Cultural Rights," according to the statement.

The statement said: "We are also extremely concerned that this action will exacerbate the existing deep divisions in Hong Kong society; the law does nothing to build mutual understanding and foster reconciliation within Hong Kong. Rebuilding trust across Hong Kong society by allowing the people of Hong Kong to enjoy the rights and freedoms they were promised can be the only way back from the tensions and unrest that the territory has seen over the last year.

"The world's focus on a global pandemic requires enhanced trust in governments and international cooperation. Beijing's unprecedented move risks having the opposite effect. As Hong Kong's stability and prosperity are jeopardized by the new imposition, we call on the Government of China to work with the Hong Kong Special Administrative Region (SAR) Government and the people of Hong Kong to find a mutually acceptable accommodation that will honor China's international obligations under the U.N.-filed Sino-British Joint Declaration."