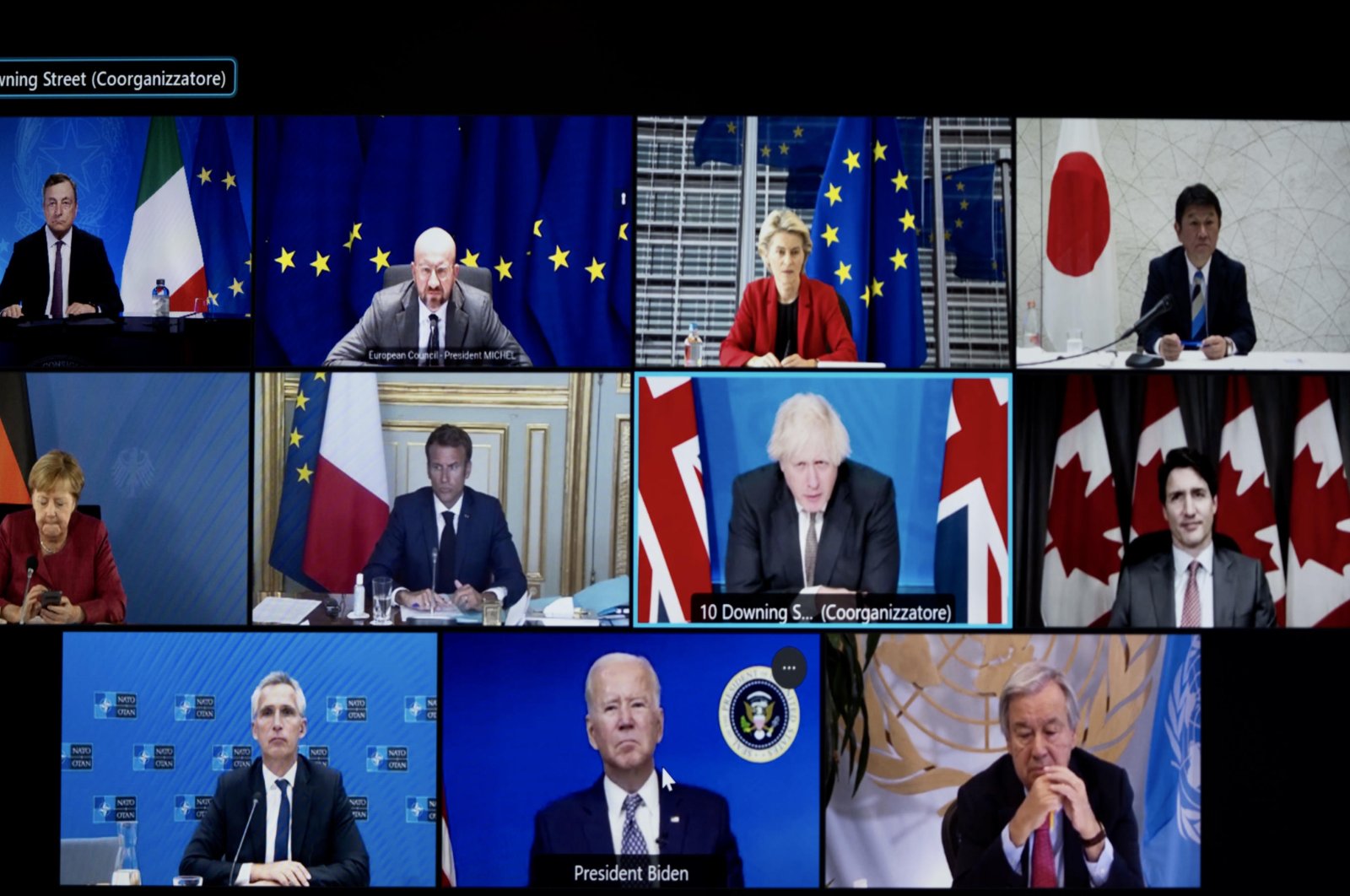 The G-7 reached an agreement Tuesday about how to engage with the Taliban and reaffirmed humanitarian commitments to Afghans following the armed movement's takeover of the country.

In an emergency online meeting chaired by the United Kingdom, the G-7 also asked the Taliban to guarantee the safe passage of all Afghans seeking to leave beyond the United States-mandated deadline of Aug. 31.

"As we do this, we will judge the Afghan parties by their actions, not words. In particular, we reaffirm that the Taliban will be held accountable for their actions on preventing terrorism, on human rights in particular those of women, girls and minorities and on pursuing an inclusive political settlement in Afghanistan. The legitimacy of any future government depends on the approach it now takes to uphold its international obligations and commitments to ensure a stable Afghanistan," it said.

The immediate priority, it said, is to ensure the safe evacuation of all foreign nationals in Afghanistan as well as Afghans who supported NATO coalition forces during the 20-year conflict.

The group made it clear that it will continue to coordinate with the Taliban to ensure evacuations continue without incident.

The statement from the world's most powerful and wealthy nations was published on the same day that U.S. President Joe Biden refused to extend the evacuation deadline and has stuck with his earlier decision.

U.K. efforts to persuade the U.S. to extend evacuations have seemingly failed and the Taliban have warned that any extension would be met with "consequences."

"You've heard what the president of the U.S. has said and you've heard what the Taliban have said. I think you've got to understand the context in which we're doing this. We're confident we can get thousands more out," British Prime Minister Boris Johnson said in a statement after the meeting.

"The number one condition, we're setting as G-7 is that they (the Taliban) have got to guarantee, through Aug. 31 and beyond, safe passage. Safe passage for those who want to come out. Some of them will say that they don't accept that and some I hope I will see the sense of that because the G-7 has very considerable leverage, economic, diplomatic, and political," he said.

Johnson warned that the G-7 has "huge leverage" against the Taliban, particularly economic, as the majority of Afghanistan's financial assets reside in banks outside the country – assets that will be vital to a future Taliban government looking to rebuild the country and feed its people.

The U.K. prime minister also said Afghanistan cannot become a breeding ground for terrorism and that the rights of women and girls must be upheld.

"We want to help with the humanitarian crisis ... but when it comes to engaging with the Taliban, the G-7 has huge leverage. The G-7 agreed on a road map for future engagement with the Taliban."

"So if those huge funds are going to be unfrozen eventually for use by the government and people of Afghanistan, then, what we're saying is Afghanistan can't lurch back into becoming a breeding ground of terror; Afghanistan can't become a narco-state; girls have got to be educated up to the age of 18 and, and so on. Those are important things that we value as G-7," he added.