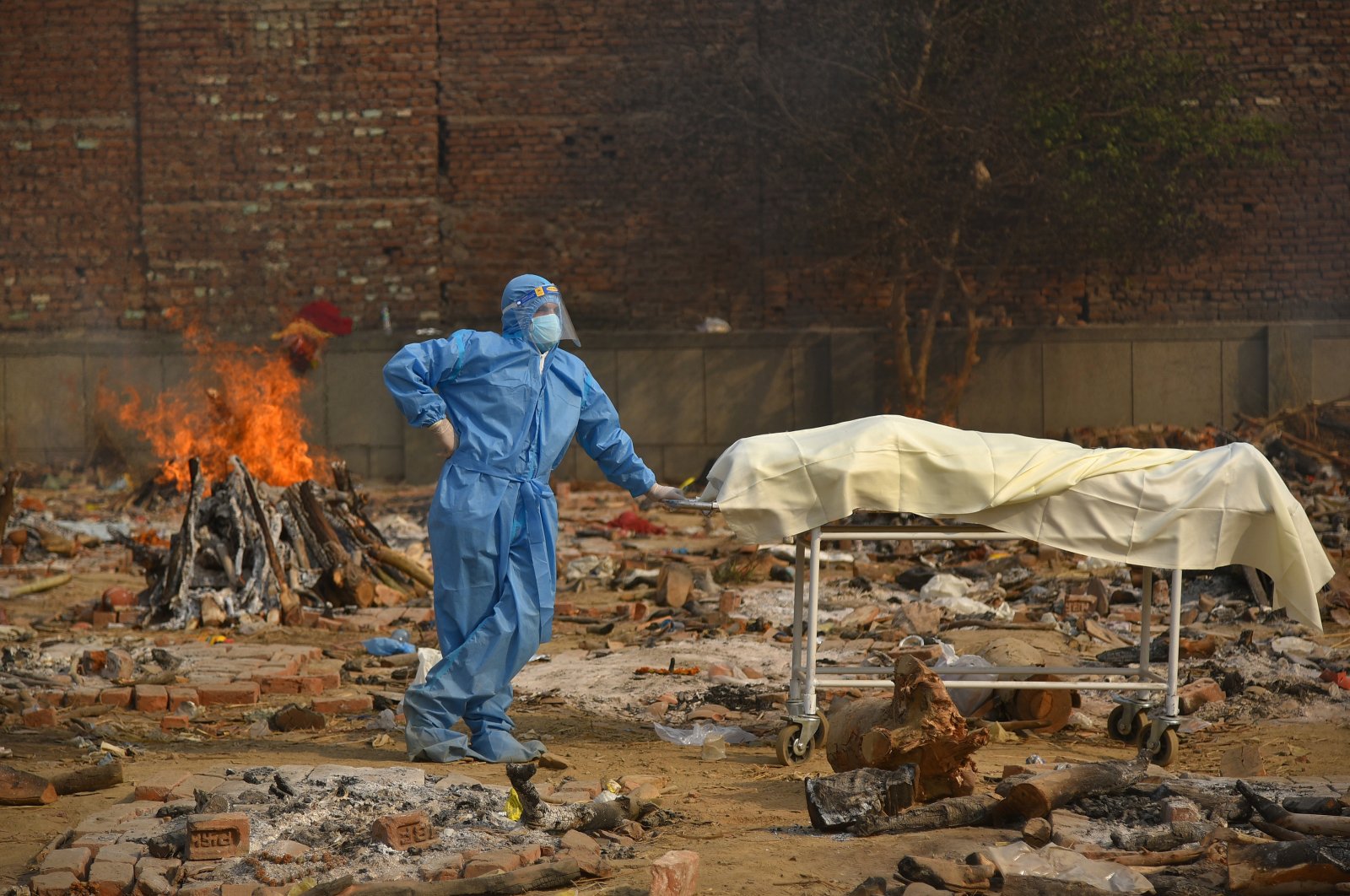 While India on Friday recorded another global record for daily coronavirus infections and Brazil's death toll in the coronavirus pandemic surpassed 400,000, the total number of global COVID-19 cases has now passed 150 million.

The countries with the highest total number of cases are the United States, India and Brazil, which recorded 3,001 COVID-19 deaths in the past 24 hours, bringing its overall toll to 401,186.

The continent seeing the bulk of new daily cases is Asia, driven largely by a devastating wave in India that has overwhelmed hospitals and crematoriums.

India recorded another 385,000 cases in the past 24 hours – a new global record – and almost 3,500 deaths, according to official data that many experts suspect falls short of the true toll.

The Indian global diaspora has also sprung into action, with a collection of overseas volunteers scrambling to locate desperately needed supplies for COVID-19 stricken family, friends and strangers back home.

Compounding India's woes as cases soared has been its failure to get a much-needed vaccine program off the ground.

Until now, only "front line" workers like medical staff, people over 45 and those with existing illnesses have been given the AstraZeneca shot or Bharat Biotech's homegrown Covaxin.

As of Saturday jabs will be open to all adults, meaning around 600 million more people will be eligible.

But several states have warned they do not have sufficient stocks and the expanded rollout is threatened by administrative bickering, confusion over prices and technical glitches on the government's digital vaccine platform.

Also struggling to inoculate a vast country facing a surge in cases is Brazil, which has one of the highest mortality rates in the pandemic, at 189 deaths per 100,000 inhabitants.

Experts blame the latest surge partly on the "Brazil variant" of the virus, a mutation that emerged in or around the Amazon rainforest city of Manaus in December.

But many have also pointed the finger at the administration of President Jair Bolsonaro, which now faces investigation from the country's Senate into whether there was criminal neglect in its handling of the pandemic.

Around 28 million people have received a first COVID-19 vaccine dose, just over 10% of the population.

The country's health regulators this week said they would reject the Russian-made Sputnik V vaccine, citing evidence it carried a live version of adenovirus, a common cold-causing virus.

Since the discovery of the virus, more than 50.2 million cases have been recorded in Europe – more than a third of worldwide infections.

But the continent is beginning to open up again as their vaccination campaigns pick up.

Heritage sites are due to reopen across Scotland for the first time this year on Friday and after the longest closure since World War II, as coronavirus restrictions are gradually eased.

In France, cafes, cultural venues and businesses will reopen in several phases from May, President Emmanuel Macron said.

And in neighboring Belgium, the country's renowned beer brewers hit hard by months of lockdown are rushing to ensure adequate supplies are available when establishments reopen next week.

Among those celebrating will be British pharmaceuticals giant AstraZeneca, which on Friday reported $275 million in sales from its COVID-19 vaccine in the first three months of the year.

The company's COVID-19 jab was developed with the University of Oxford and has been key in Britain's rapid vaccination drive. The company is selling it at a cost price.

But the World Health Organization (WHO) issued a stark warning to eager European nations that relaxing COVID-19 measures could spark a "perfect storm" allowing cases to spiral – as in India.

"It is very important to realize that the situation in India can happen anywhere," said WHO Regional Director for Europe Hans Kluge.