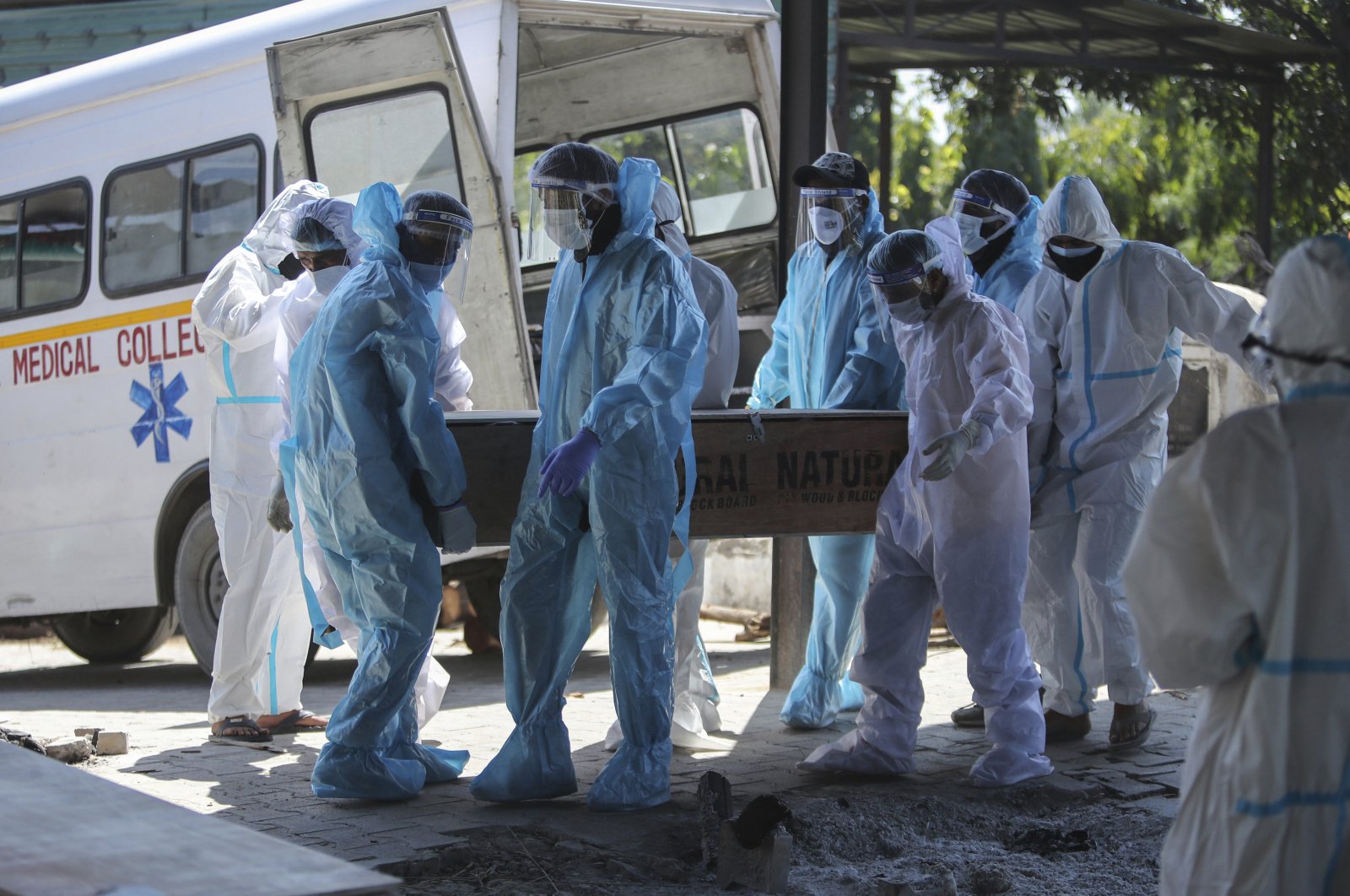 While India recorded more than 320,000 new COVID-19 cases as a grim surge of illness and death weighed on the country and its sinking health system started getting much-needed support from foreign nations, the first emergency medical supplies arrived in the country Tuesday as part of a global campaign to combat a catastrophic wave in the latest pandemic hotspot.

India's infection and death rates are growing exponentially, overwhelming hospitals, in contrast to some wealthier Western nations that are starting to ease restrictions.

Crates of ventilators and oxygen concentrators from Britain were unloaded at a New Delhi airport early Tuesday, the first emergency medical supplies to arrive in the country.

Elsewhere in the Indian capital, Agence France-Presse (AFP) images showed smoke billowing from dozens of pyres lit inside a parking lot that has been turned into a makeshift crematorium.

"People are just dying, dying and dying," said Jitender Singh Shanty, who is coordinating the cremation of around 100 bodies a day at the site in the east of the city.

"If we get more bodies then we will cremate on the road. There is no more space here."

The United States, France, Germany, Canada and the World Health Organization have all promised to rush supplies to India.

President Joe Biden announced Monday the U.S. would send up to 60 million doses of the AstraZeneca COVID-19 vaccine abroad.

White House spokesperson Jen Psaki said the recipient countries had not yet been decided and that the administration was still formulating its distribution plan.

But India appeared to be a leading contender after Biden spoke with Prime Minister Narendra Modi – whose Hindu-nationalist government is under fire for allowing mass gatherings, such as religious festivals and political rallies in recent weeks.

"India was there for us, and we will be there for them," Biden tweeted after the call with Modi, referencing India's support for the U.S. when it was enduring the worst of its COVID-19 crisis.

"WHO is doing everything we can, providing critical equipment and supplies," Tedros said.

France also said it would send eight oxygen production units, as well as oxygen containers and respirators to India.

However many nations have also sought to close borders to travelers from India, fearful of a variant that appears to be one of the drivers of the surge.

Australia Tuesday became the latest nation to cut all passenger air travel with India, suspending flights until at least May 15.

Among the Aussies still in the country are a host of high-profile cricketers playing in the lucrative Indian Premier League, which has attracted criticism for continuing during the crisis.

Before the ban was announced, Australia's News Corp reported that batsman Chris Lynn of the Mumbai Indians had requested the Australian Cricket Board put on a chartered flight home for the players once the Indian Premier League (IPL) finishes.

"I know there are people worse off than us ... We are not asking for shortcuts and we signed up knowing the risks," Lynn said. "But it would be great to get home as soon as the event is over."