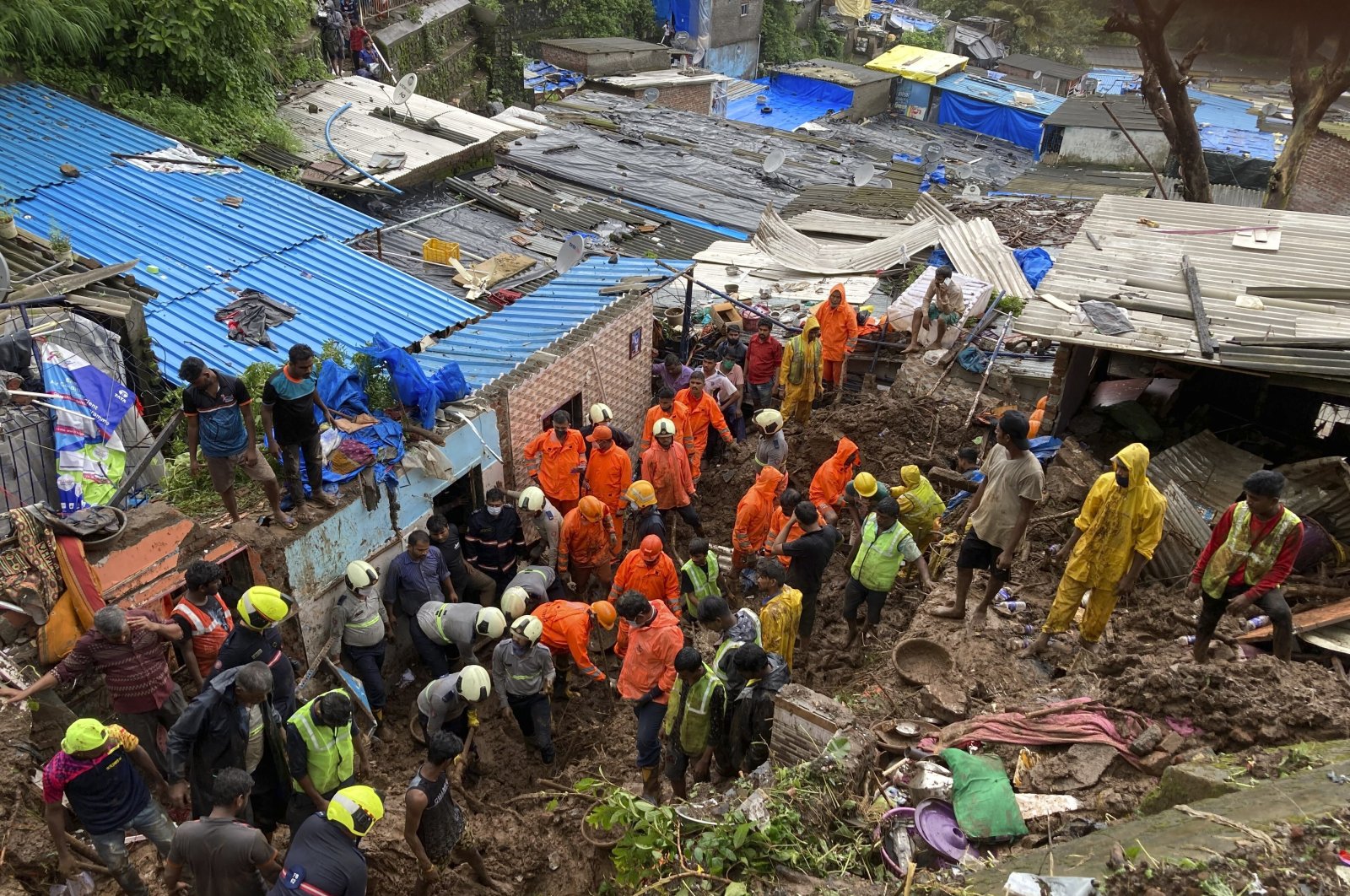 Rescuers look for survivors after a wall collapsed on several slum houses due to heavy monsoon rains in the Mahul area of Mumbai, India, Sunday, July 18, 2021. (AP Photo)
by German Press Agency - DPA Jul 18, 2021 11:01 am
RECOMMENDED

The rain-related accidents occurred in two suburbs of Chembur and Vikhroli after torrential downpours pounded the metropolis from Saturday evening. Residents were advised not to venture out into the open.

Nineteen people were killed when six shanty homes collapsed in Chembur, local police officials said. Nine of those injured, who were rescued from the debris, were taken to hospital.

Rescue operations were continuing in both areas as a few more people were feared to be trapped.

Rescue work was hampered due to heavy rains and difficulties in access to congested localities where heavy equipment had to be taken in. Local television showed rescuers using their hands to clear the rubble and retrieve bodies. Prime Minister Narendra Modi offered his condolences and announced financial compensation for the injured and families of those who died.

Several areas in the city were inundated after the heavy rains and train services were disrupted, paralyzing daily life in India’s financial capital. Mumbai will continue to receive heavy rainfall over the next five days, the regional weather office said.

Landslides and floods are common during India’s monsoon season, which occurs between June and October. The rains are vital for agriculture, but often cause immense destruction of property and crops, and lead to the loss of hundreds of lives.