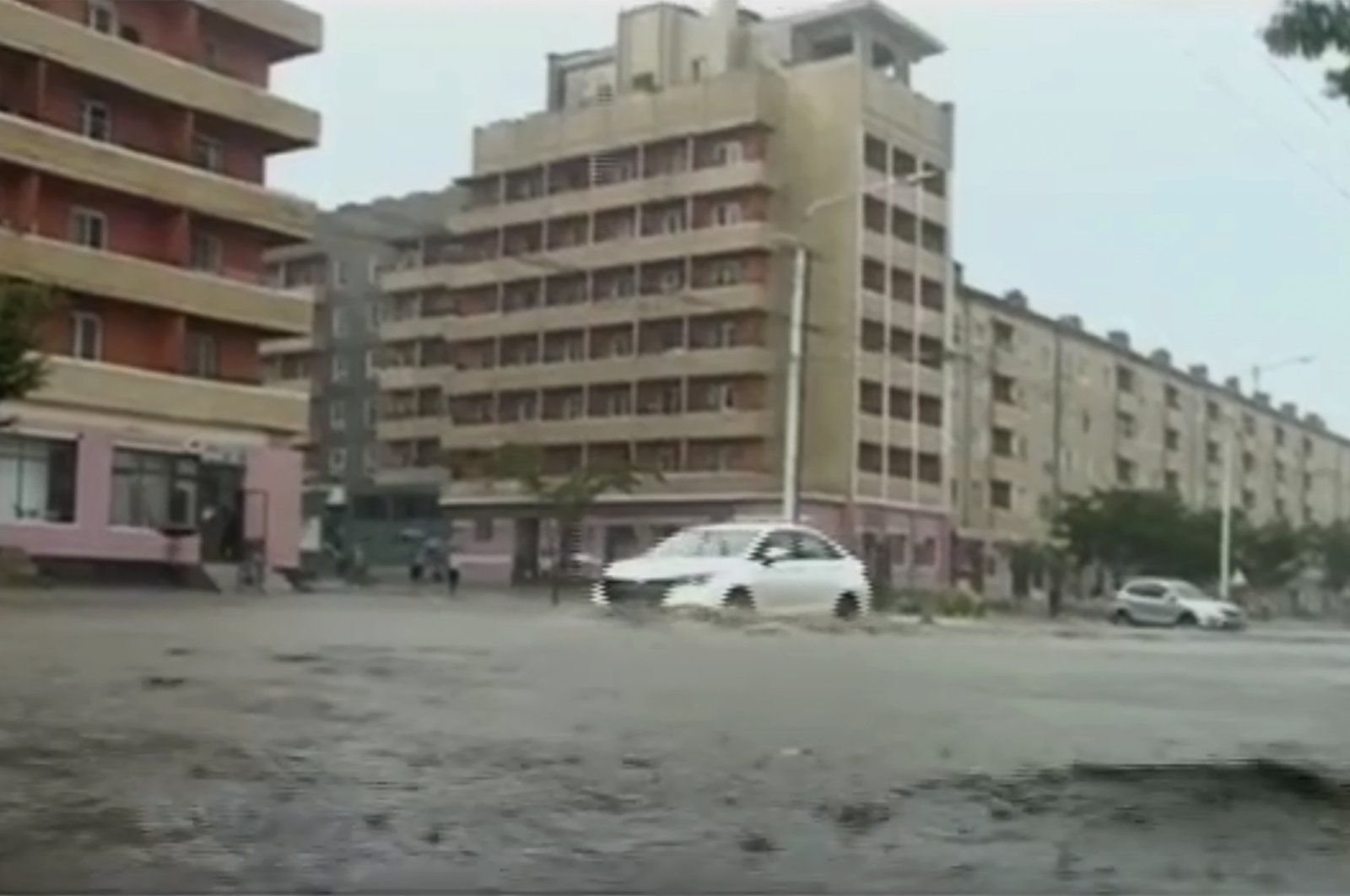 Heavy rains cause flooding in North Korea, causing damage to more than a thousand homes as about 5,000 people evacuated the area, the country's state broadcaster reported, with swathes of farmland also inundated by the deluge.

The TV report comes as the impoverished North in June admitted it was tackling a food crisis, sounding the alarm in a country with a moribund agricultural sector that has long struggled to feed itself.

Last month, the U.N.'s Food and Agricultural Organization forecast said North Korea was facing a food shortage of around 860,000 tons this year, warning the country could experience a "harsh lean period."

Footage from Pyongyang's state-run KCTV showed homes flooded up to their roofs, as well as what appeared to be damaged bridges.

The report said "hundreds of hectares of farmland" were also submerged or lost in South Hamgyong Province, on top of the severely affected homes and roads, as river levees collapsed.

With the soil already saturated, further rains could cause more damage, Ri Yong Nam, the deputy head of the North's meteorological agency, told the broadcaster.

"We expect heavy rain until the 10th of August in various regions, centering around the east coast area," Ri said.

Natural disasters tend to have a greater impact on the isolated country due to its weak infrastructure, while deforestation has left it vulnerable to flooding.

Kim said in June the country's food supply situation was "getting tense" due to the lingering typhoon damage.

North Korea is now under self-imposed isolation to protect itself against the coronavirus pandemic, and as a result trade with Beijing – its economic lifeline – has slowed to a trickle.

The country suffered from a nationwide famine in the 1990s, which killed hundreds of thousands of people after the fall of the Soviet Union left it without crucial support.