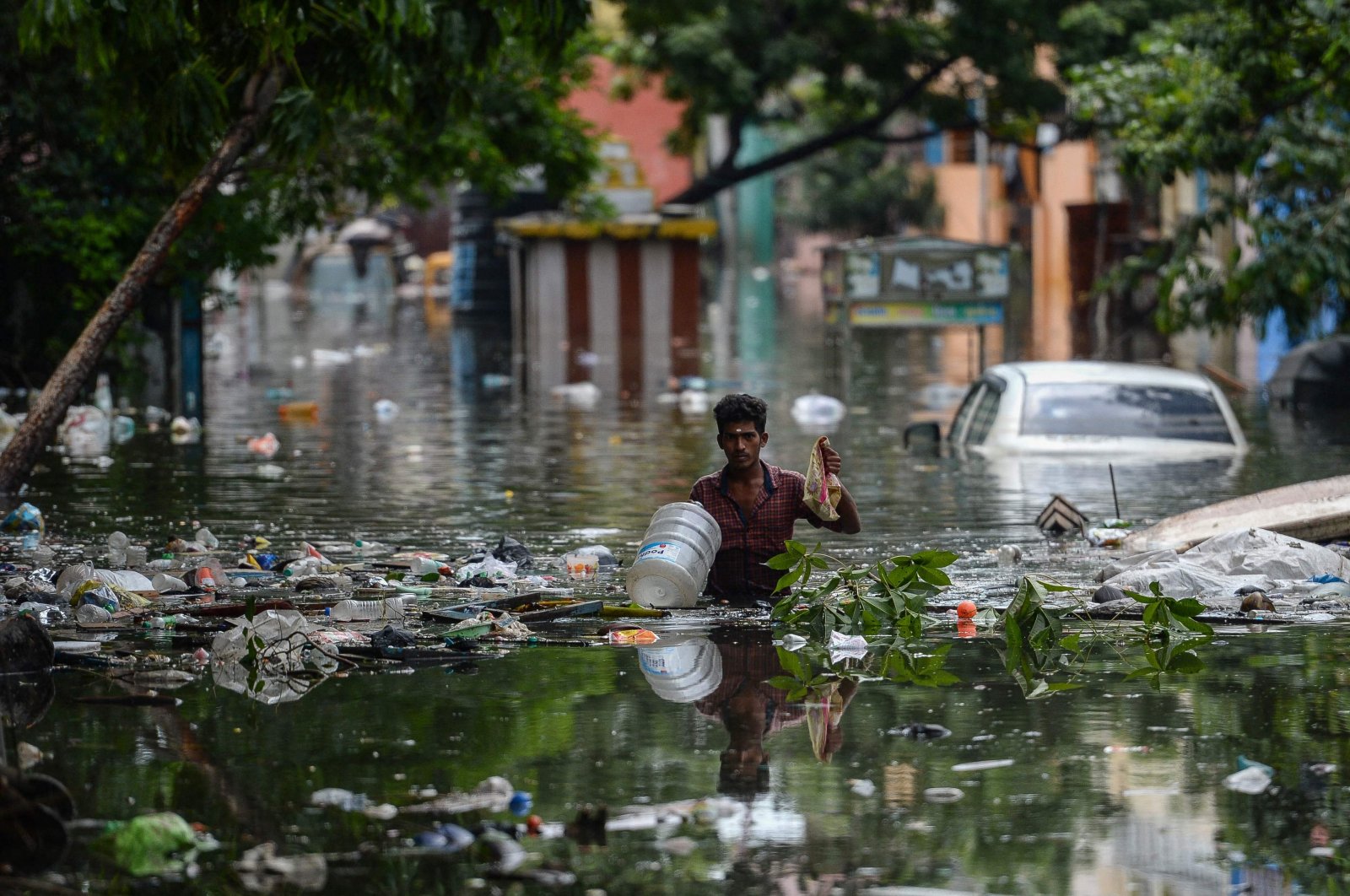 A man wades through a waterlogged street at a residential area after a heavy monsoon rainfall in Chennai, Nov. 12, 2021. (AFP Photo)
by German Press Agency - DPA Nov 22, 2021 4:12 pm
RECOMMENDED

Andhra Pradesh, Karnataka and Tamil Nadu have seen heavy downpours since last Thursday but a majority of fatalities were reported on the weekend.

"Most of the deaths were reported in incidents of house collapses, electrocutions and drownings as buses were washed away. 58,000 people have been lodged in relief camps set up in four worst-hit districts including Nellore and Kadapa,” he said.

The rains had eased on Monday but many villages were still cut off from highways with disaster management teams dropping food and water using boats and helicopters.

Two dozen more people died in the neighboring state of Karnataka where crops over an estimated 500,000 hectares had been destroyed, domestic media reported.

Nine people including four children died in an incident of house collapse in Tamil Nadu’s Vellore district, the Times of India daily reported.

Several neighborhoods in the southern metropolises of Karnataka and Tamil Nadu capitals Bangalore and Chennai were inundated due to the torrential rains.

A depression over the Bay of Bengal had caused the heavy rainfall in the region, according to scientists from the Indian Meterological Department.

Tamil Nadu and nearby Sri Lanka were affected by a similar system earlier in November.

Scientists have predicted an increase in annual rainfall over a majority of the South Asian region with increased levels of global warming.