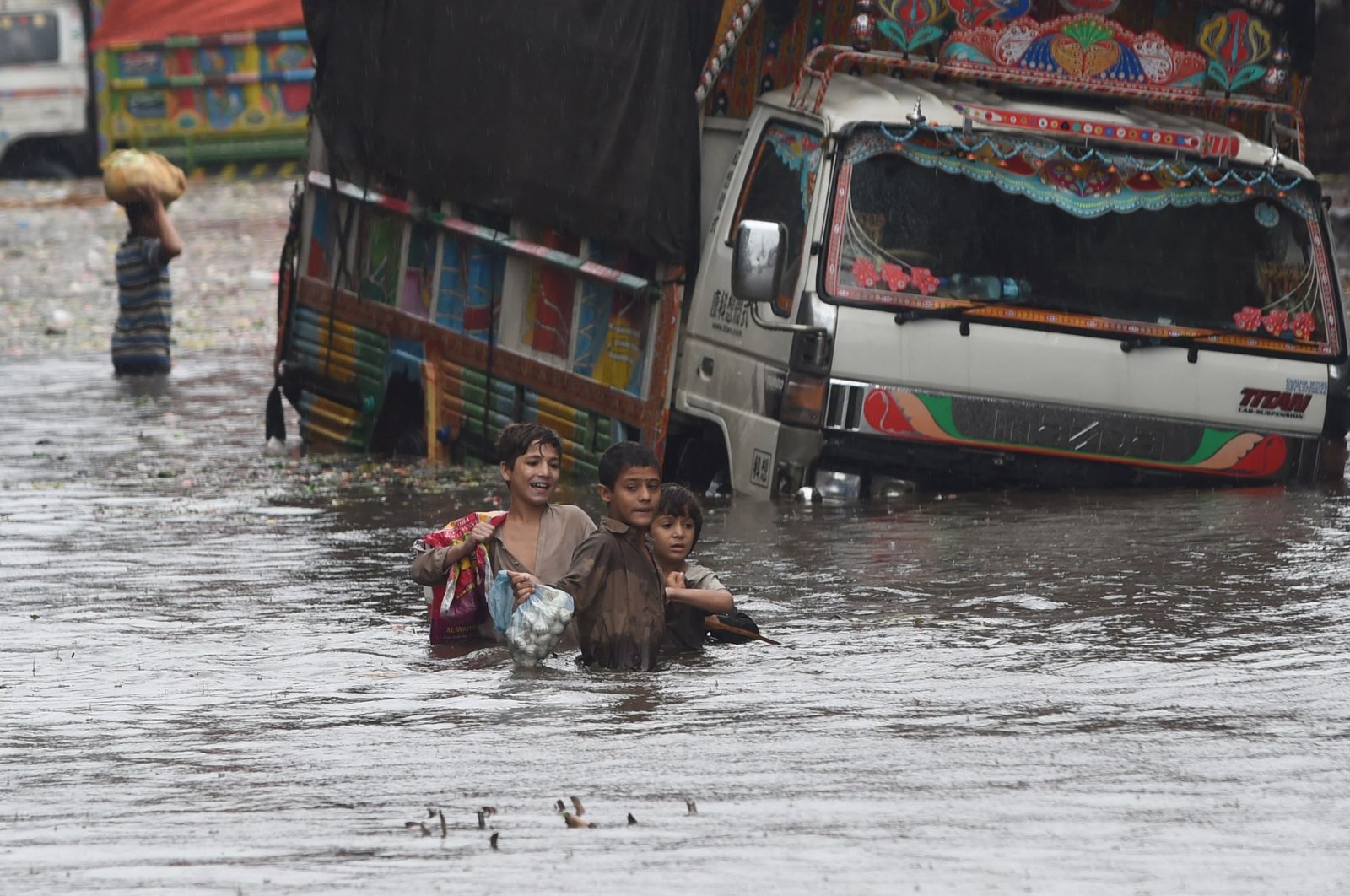 The majority of the deaths occurred when lightning struck three mud houses in a remote district of Khyber Pakhtunkhwa province, said Taimur Ali, a spokesperson for the provincial disaster management authority. Children were among the dead.

"We are still gathering data and it is feared that the number of deaths may increase,” he said.

In the Abbottabad district, the roof of a house collapsed, burying seven members of a family. Rescuers had recovered three bodies and two injured while the operation was still underway.

Several roads in the mountainous region of the country have been blocked due to landslides caused by the heavy rain.

Flash floods, land erosion, cloudbursts, droughts and smog resulting in low air quality have been on the rise in Pakistan in recent years. Climate experts say it is the impact of global warming due to the country's proximity with highly industrialized China and India.