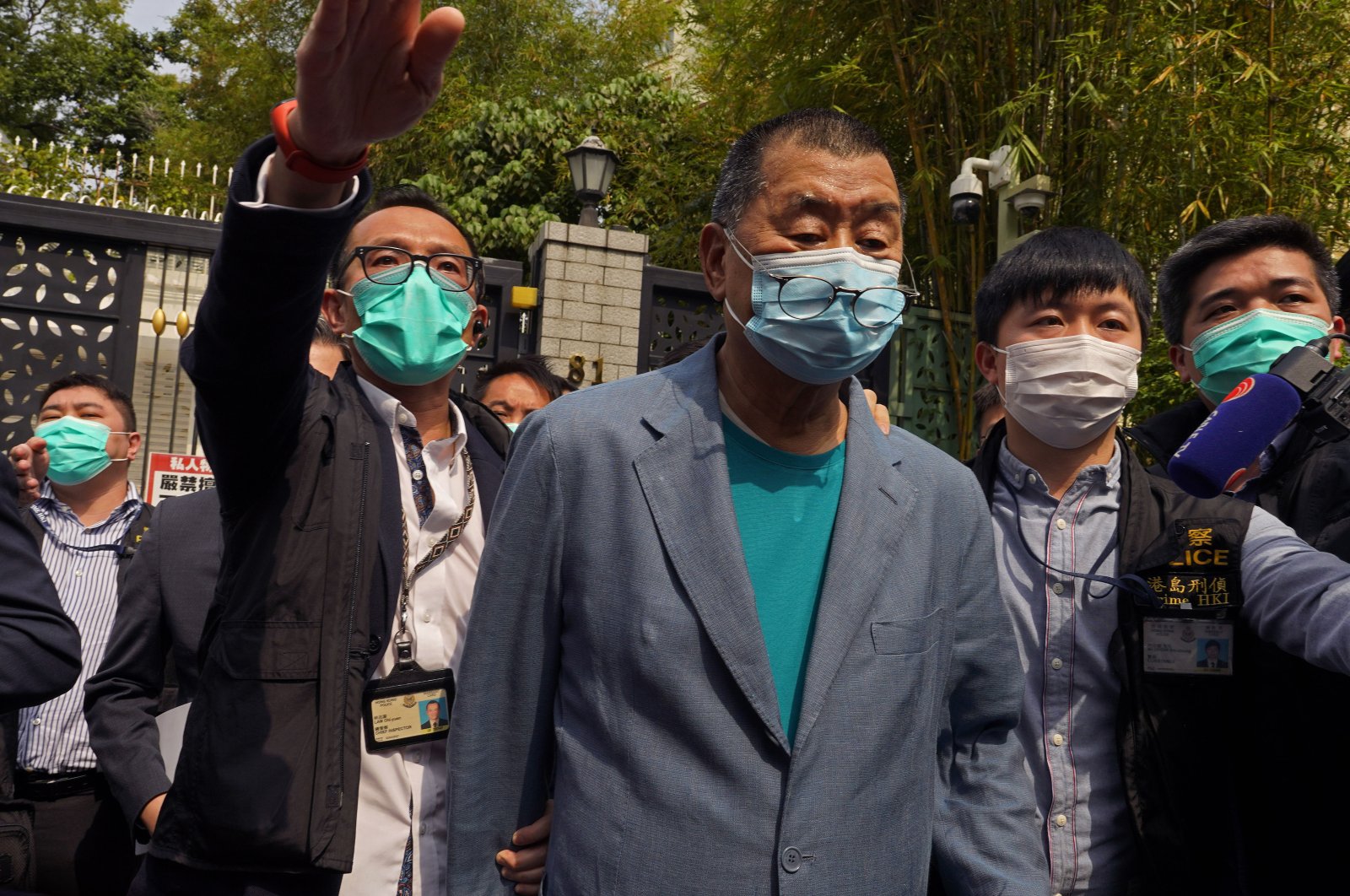 On Saturday, police in Hong Kong carried out a sweeping operation against high-profile democracy campaigners, arresting 13 activists on charges related to the massive protests that rocked the Asian financial hub last year.

Among those targeted was media tycoon Jimmy Lai, founder of anti-establishment tabloid Apple Daily, who was arrested at his home, according to local reports.

Media boss Lai was previously detained in February over his participation in another August rally that was banned by police for security reasons.

The semi-autonomous Chinese city was shaken by widespread and sometimes violent street protests in 2019 sparked by a now-abandoned proposal to allow extraditions to the authoritarian Chinese mainland and its opaque judicial system.

The rallies morphed into a wider movement calling for greater freedoms in the most concerted challenge to Beijing's rule since the former British colony returned to Chinese sovereignty in 1997.

The protests and clashes with police have since died down, partly due to exhaustion and arrests but also because of the emergence of the deadly coronavirus.

China's leaders have refused to accede to the protesters' demands, which include fully free elections in the city, an inquiry into alleged police misconduct during the protests and an amnesty for more than 7,000 people arrested during the movement.

"They are doing whatever they can do to try to silence, to take down the local opposition, but then united we stand," she said. "It's so obvious they're choreographing all their acts."