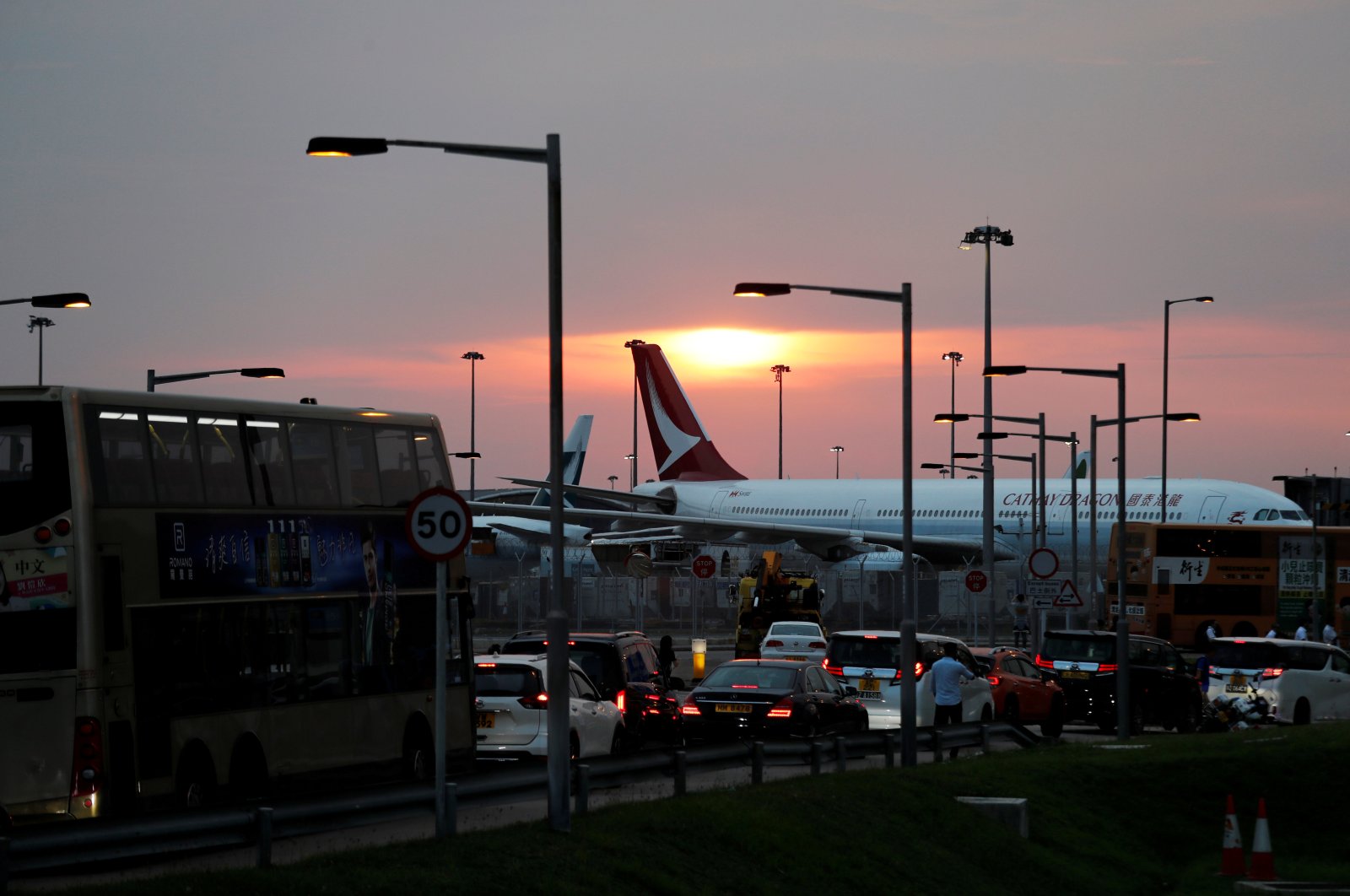 A picture shows a traffic jam along a highway as a Cathay Dragon plane is pictured in the background during an anti-extradition bill demonstration after a woman was shot in the eye in a protest in Hong Kong International Airport, Hong Kong, Aug. 12, 2019. (Reuters Photo)
by French Press Agency - AFP May 26, 2020 9:08 am
RECOMMENDED

Hong Kong will partly resume transit services at its international airport next week, the city's leader announced Tuesday, as the business hub gradually reopens while keeping the coronavirus at bay.

Hong Kong's airport is one of the world's busiest but arrivals and flights have collapsed in the wake of the pandemic.

"Transit services at the airport, which have been suspended since March 25, will partly resume on June 1," Chief Executive Carrie Lam told reporters.

Further details on lifting transit flight restrictions were expected to be unveiled at a news conference by health officials later in the afternoon.

Hong Kong was one of the first places to record the COVID-19 disease when it broke out of mainland China.

But the city has since made impressive headway against the virus with a little over 1,000 recorded infections and four deaths out of a population of 7.5 million people.

Anyone arriving at the airport is not allowed into the city until they take a coronavirus test. Those found to be positive are immediately quarantined.

Many businesses including bars were forced to shut in March and April but have since reopened.

Karaoke lounges, nightclubs, saunas and party rooms will be allowed to reopen on Friday, Lam said.

Arrivals dropped last year during anti-government protests that rocked the city for months.