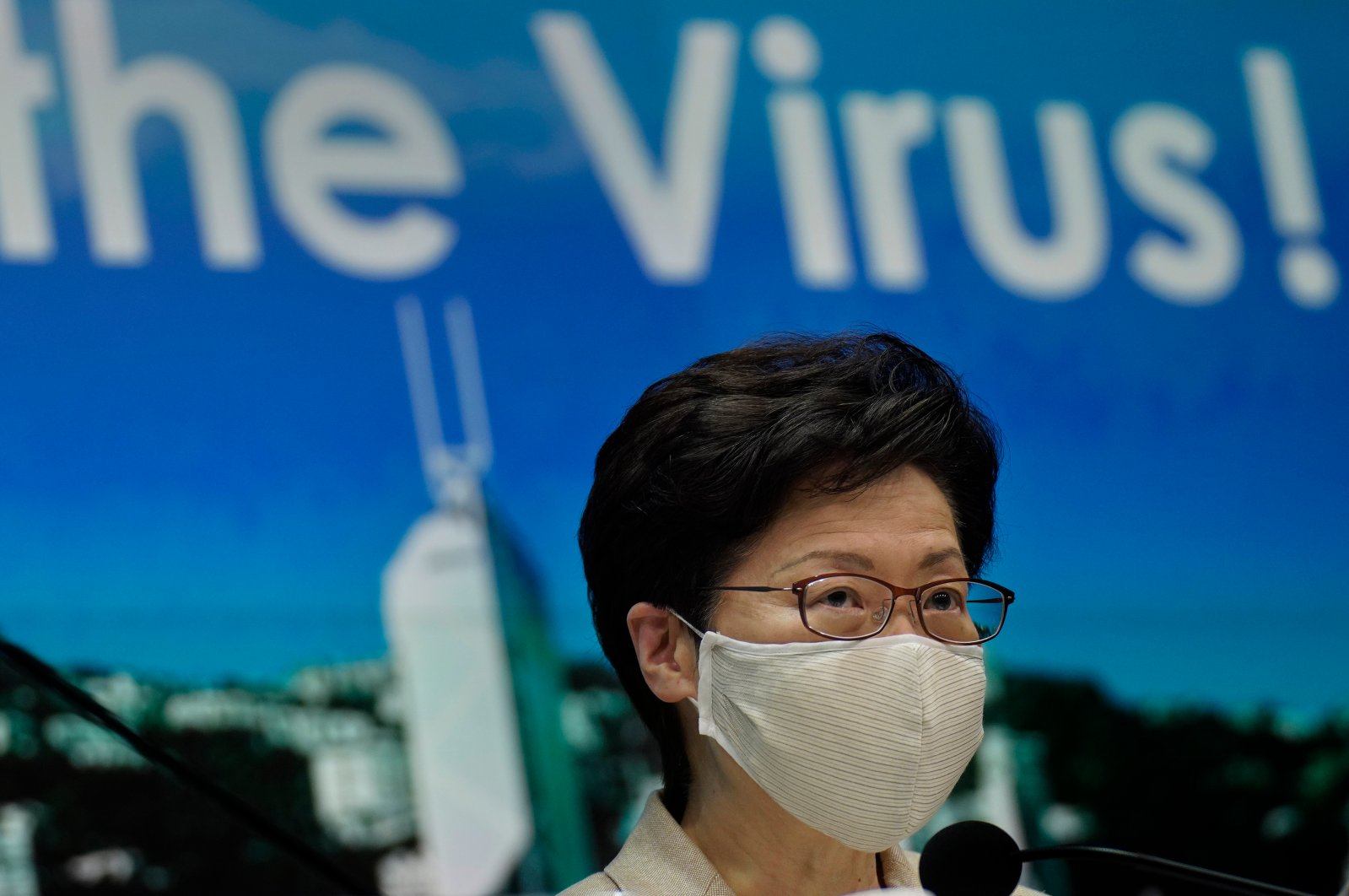 The deadly coronavirus is spreading out of control in Hong Kong with a record 100 new cases confirmed, the finance hub's leader said Sunday as she tightened social distancing measures to tackle the sudden surge in infections.

The finance hub was one of the first places to be struck by the virus when it emerged from central China yet had impressive success in tackling the disease, all but ending local transmissions by late June.

However, in the last two weeks, infections have spiked once more, and doctors fear the new outbreak is now spreading undetected in the densely packed territory of 7.5 million people.

On Sunday, Chief Executive Carrie Lam said more than 500 infections had been confirmed in the last fortnight alone, nearly a third of the 1,788 cases since the outbreak began.

More than 100 were confirmed on Sunday, a record daily high for the finance hub.

Lam announced new social distancing measures last week, shuttering many businesses including bars, gyms and nightclubs and ordered the public to wear masks on public transport. Meanwhile, restaurants were ordered to only offer takeout services in the evenings.

On Sunday, Lam announced even more regulations, including plans to make it compulsory to wear masks inside any public indoor venue – and a new order for nonessential civil servants to work for home.

As hospital wards fill, officials are also scrambling to build 2,000 more isolation rooms on barren land near the city's Disneyland resort to monitor and treat those who test positive, she added.

Hong Kong was already mired in a recession when the pandemic hit thanks to the U.S.-China trade war and months of political unrest last year. The new partial lockdown has compounded the economic misery.

On Sunday, Lam called for landlords to look at lowering rents in the notoriously expensive city where inequality is rampant.

She said further social distancing measures would be rolled out if the daily infection rate did not ease in the coming days. However, she said she was keen to avoid ordering people to remain at home.

"We can't just make a simple and extreme move to cut everything at once," Lam said.

Authorities say testing will be ramped up, targeting high-risk populations such as taxi drivers and restaurant workers after clusters were found within their ranks. Some of the new infections have swept through elderly care homes, a major cause of concern given how deadly the coronavirus is to older people.

So far, 12 people have been died after contracting the virus in Hong Kong – four in the last fortnight.

Lam said officials would try to strike a balance between protecting health and keeping the economy partially afloat. "It's hard to tell what kind of measures we will need to roll out ... many places have ordered people to stay home," she said.

"We haven't adopted that in the last six months because we wanted to maintain a normal life for everyone."