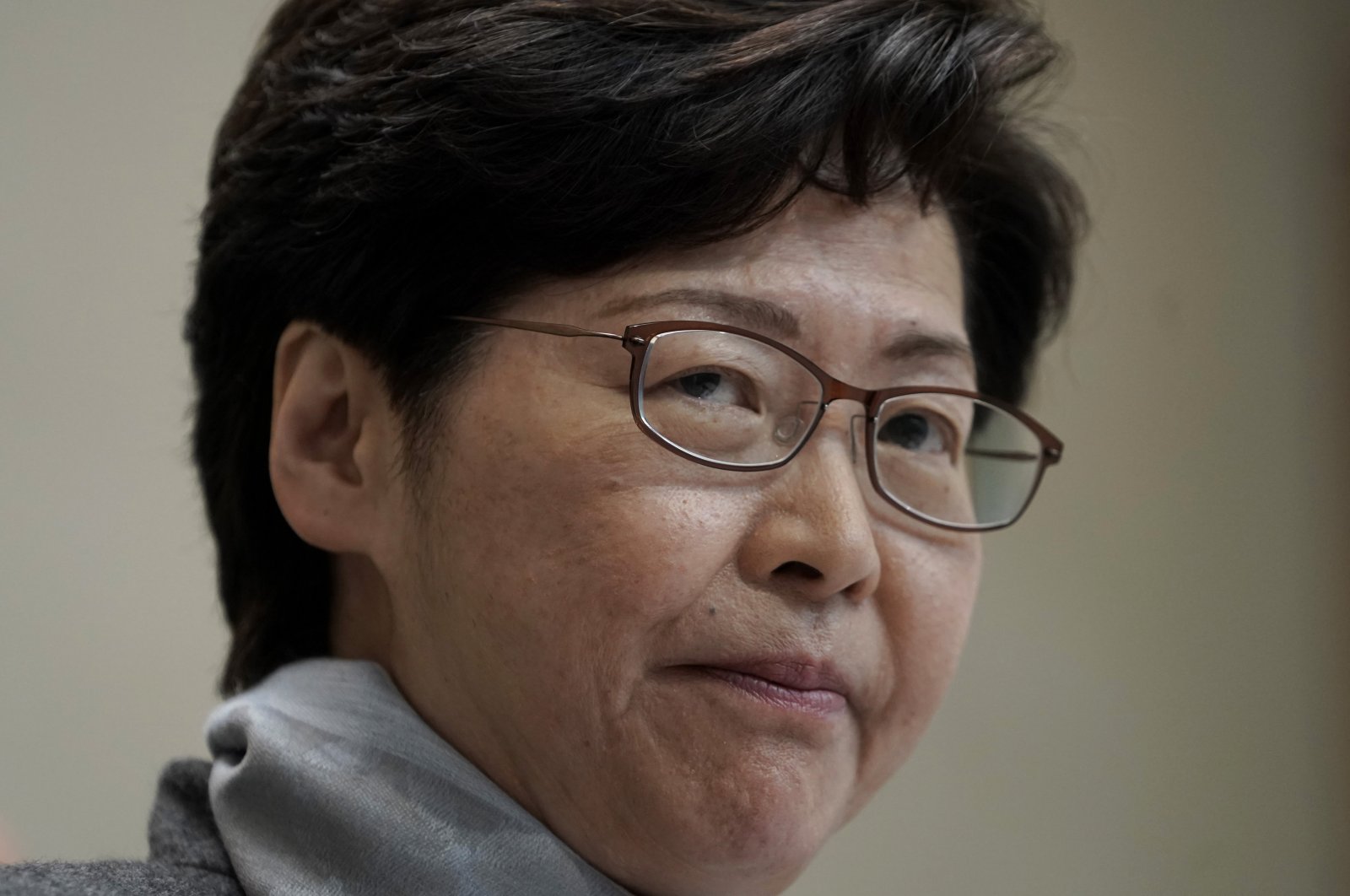 It was the latest sign that social unrest was resurfacing in Hong Kong as the city has proven relatively successful at tackling the coronavirus, having recorded 1,051 cases and four deaths.

While the government has allowed bars, gyms and cinemas to reopen and civil servants to come back to work, it maintains that group gatherings should be limited to eight people.

Lam, who turned 63, is the Chinese-ruled city's least popular leader since its handover from Britain in 1997, having tried to push a bill that would have allowed extraditions to mainland China last year, sparking large-scale, often violent protests.

"I wish Carrie Lam can live a long life so that she can bear the responsibility of the decisions she made," 20-year-old protester Ken said. "We will continue to resist. If we don’t try to fight, they will just try to suppress us more severely."

In the New Town Plaza mall in the working class Sha Tin district, protesters hung up banners reading "Liberate Hong Kong, Revolution of our Times," and chanted "There are no rioters, only tyranny" and "Carry Lam, go to hell."

Last week, Lam said on Facebook that a purse sent by post as a gift from her family for Mother's Day had security staff on their toes after repeated bomb threats in recent months.

Social distancing rules imposed to help contain coronavirus contagion has largely put a brake on protests since January. But demonstrations are expected to pick up steam into the summer, especially amid fears the coronavirus is distracting the international community, potentially offering a window of opportunity for a stronger security crackdown.

Although the extradition bill has been scrapped, protesters continue to demand an independent inquiry into the police handling of protests last year, as well as universal suffrage – a promise enshrined in the city's mini-constitution.

Pro-democracy demonstrators are further incensed by renewed calls from Beijing and pro-government officials in Hong Kong to enact national security legislation, known as Article 23, which is also a requirement of the Basic Law.

A previous attempt to pass such legislation in 2003 was met with mass protests amid fears it would erode the city's liberties, agreed with Britain as part of the "one country, two systems" handover deal in 1997.

China's Hong Kong affairs office warned last week that the city would never be calm unless "black-clad violent protesters" were all removed, describing them as a "political virus" that seeks independence from Beijing.