India close to overtaking US with over 7M coronavirus infections 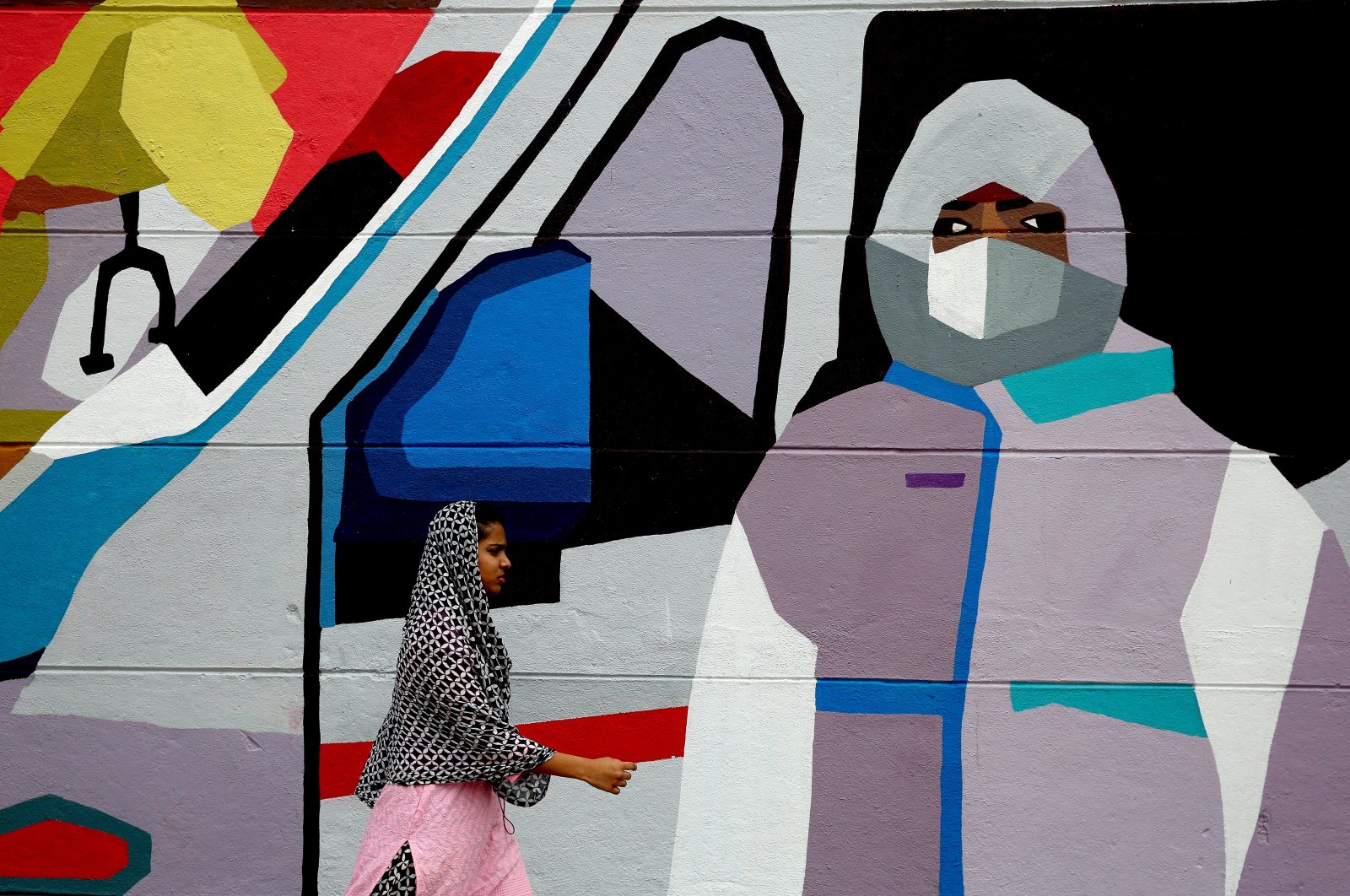 Indian people walk past graffiti depicting "The story of the coronavirus pandemic’' to create awareness among people, Bangalore, Oct. 10, 2020. (EPA Photo)
by DAILY SABAH WITH AGENCIES Oct 11, 2020 9:47 am

India is expected to become the pandemic’s worst-hit country in the coming weeks, surpassing the United States, as it registered another 74,383 infections on Sunday, taking the country’s total past 7 million. Only the U.S., with 7.7 million infections, has had more cases than India, while its death toll is now the third-highest in the world behind the U.S. and Brazil.

The ministry also reported 918 additional deaths, taking total fatalities to at least 108,334. Experts say all reported numbers seriously understate the impact of the pandemic, due to limited testing, missed cases and in some instances, concealment by authorities. The true numbers are believed to be much higher, with testing rates in the country of 1.3 billion people, home to some of the planet's most crowded cities, much lower than elsewhere in the world.

India saw a steep rise in cases in July and added more than 2 million in August and another 3 million in September. But it is seeing a slower pace of contagion since mid-September when the daily infections touched a record high of 97,894. It’s averaging more than 70,000 new cases daily so far this month.

Governments across the globe are struggling to keep up with a sharp rise in infections and manage growing public frustration over new restrictions as the pandemic enters a second deadly wave. Since it emerged in China late last year, it has killed more than a million people worldwide, infected nearly 37 million and forced millions more out of work as the pandemic batters the global economy.

As winter approaches, fears of a deadlier wave of the coronavirus have spiked in the U.S., where more than 200,000 have died so far, making up one in five of global deaths. Health experts have long warned that colder temperatures driving people inside could promote the spread of the virus. Missouri reported more than 5,000 new COVID-19 cases on Saturday, more than doubling its previous daily record. The Missouri Department of Health and Senior Services said there have been a total of 144,230 confirmed cases since the outbreak started, up 5,066 cases from Friday. The state also reported 27 more deaths to bring the total to 2,422.

In Europe, authorities in France reported a record 27,000 new infections in a single day Saturday, although numbers in intensive care remained far short of peaks seen in the spring.

Spiraling cases in France have led to fears that the government may need to impose local lockdowns in major cities, which would mimic measures already announced in Spain where the government has prevented people from leaving the Madrid region. Residents can only leave the Spanish capital for work, school or medical reasons as part of restrictions that have been denounced by the city's right-wing authorities.

A further 3,822 new cases were confirmed over the past 24 hour-period, raising recorded nationwide cases to 500,075. Nearly 4,500 patients are in critical condition. Among those recently infected is the head of the country’s atomic energy organization, the latest senior official to test positive for the virus.

In Lebanon, almost 170 villages and towns will go into lockdown, the government said on Sunday, as it grapples with record numbers of coronavirus infections. Authorities have also ordered bars and nightclubs nationwide closed "until further notice." The country, reeling from its worst economic crisis in decades, has recorded 52,558 COVID-19 cases, including 455 deaths.