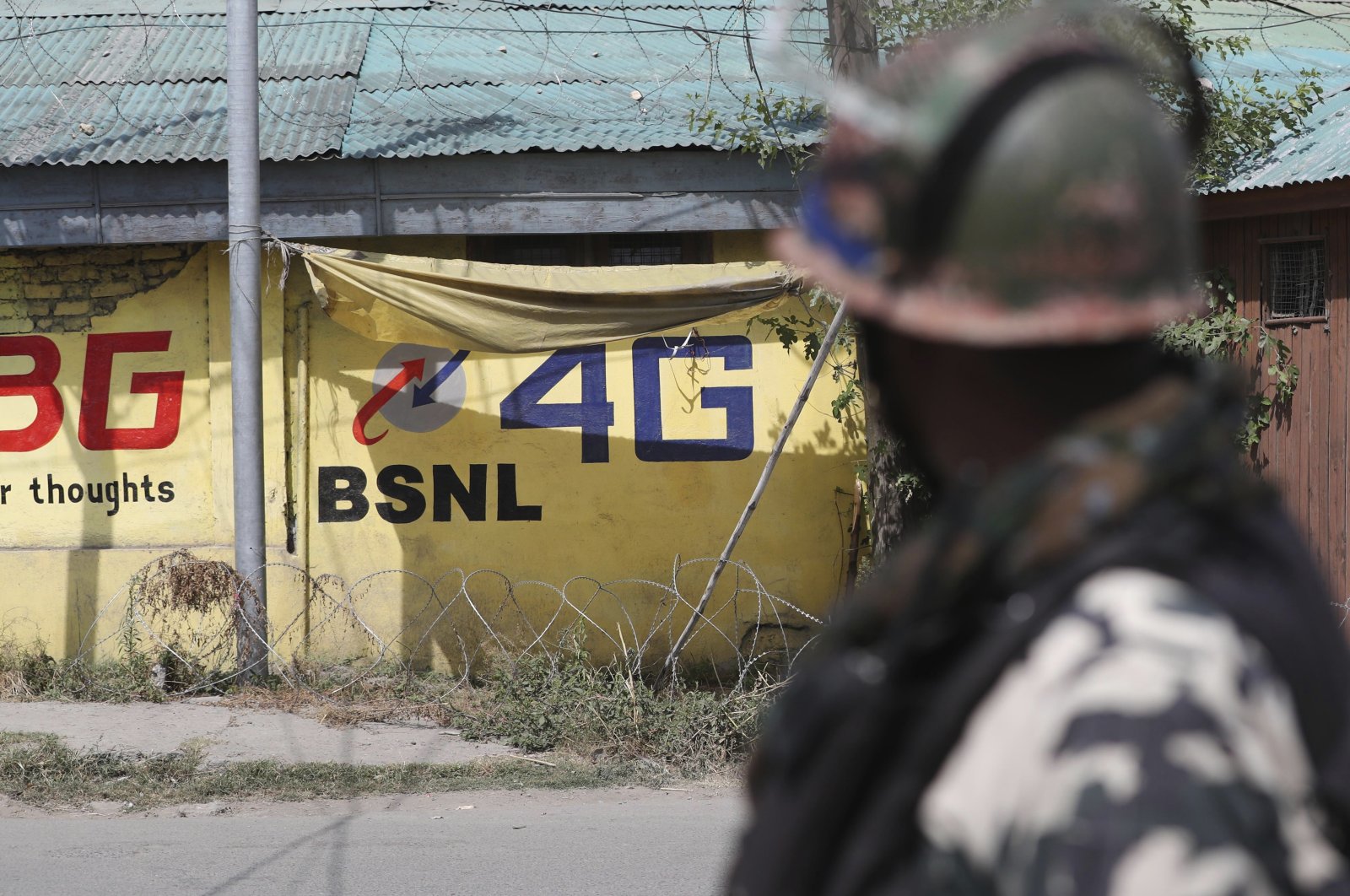 The order late Friday lifted the ban on 4G mobile data services, however, the order issued by the region’s home secretary, Shaleen Kabra, asked police officials to “closely monitor the impact of lifting of restrictions.”

A blanket internet ban, the longest in a democracy which rights activists dubbed as “digital apartheid” and “collective punishment,” came into effect in August 2019 when India stripped Kashmir of its special status and statehood that gave its residents special rights in land ownership and jobs. The region was also divided into two federally governed territories.

The move accompanied a security clampdown and total communications blackout that left hundreds of thousands jobless, impaired the already feeble health care system and paused the school and college education of millions. Months later, India gradually eased some of the restrictions, including partial internet connectivity.

Two months later, authorities revoked a ban on social media and restored full internet connectivity but not high-speed internet. In August, 4G services were allowed in two out of the region’s 20 districts.

Officials have said the internet ban was aimed at heading off anti-India protests and attacks by rebels who have fought for decades for the region’s independence or unification with Pakistan, which administers another portion of Kashmir. Both countries claim the landlocked territory in its entirety.

Officials have also argued that such security measures were necessary to better integrate the region with India, foster greater economic development and stop threats from “anti-national elements” and Pakistan.

Many Kashmiris, however, view the move as part of the beginning of settler colonialism aimed at engineering a demographic change in India’s only Muslim-majority region.

Digital rights activists have consistently denounced the internet restrictions and said they represented a new level of government control over information. They were also criticized by lawmakers in Europe and the U.S., who called on the government to end the curbs.

Omar Abdullah, the region's former top elected official who was jailed for several months in 2019, welcomed the internet restoration. "Better late than never," he tweeted.

Others criticized such voices, saying the internet is among the basic rights.

“I actually see some going out of their way to thank govt functionaries for 4G restoration,” Anuradha Bhasin, executive editor of the Kashmir Times, said in a tweet. “They’re not offering us charity. We should be asking for compensation for our deprivation and losses.”

India often snaps mobile internet services in parts of the region as a tactic during counterinsurgency operations and anti-India protests.

According to the London-based digital privacy and research group Top10VPN, India ranked at the top in internet shutdowns in 2020.

The group in its January report said internet shutdowns in 2020 caused a loss of $4.01 billion globally and India was the most impacted while suffering a loss of $2.8 billion.

Most of India’s internet shutdowns have been enforced in Kashmir. But they also have been used elsewhere by the government of Prime Minister Narendra Modi.

Authorities have cut the internet at protest sites outside New Delhi, where tens of thousands of farmers for over two months have camped out against new agriculture laws. The move attracted global attention after pop star Rihanna on Tuesday tweeted a link to a CNN news report about India blocking internet services at the protest sites. It angered government ministers and Indian celebrities, who urged people to come together and denounce outsiders who try to break the country.