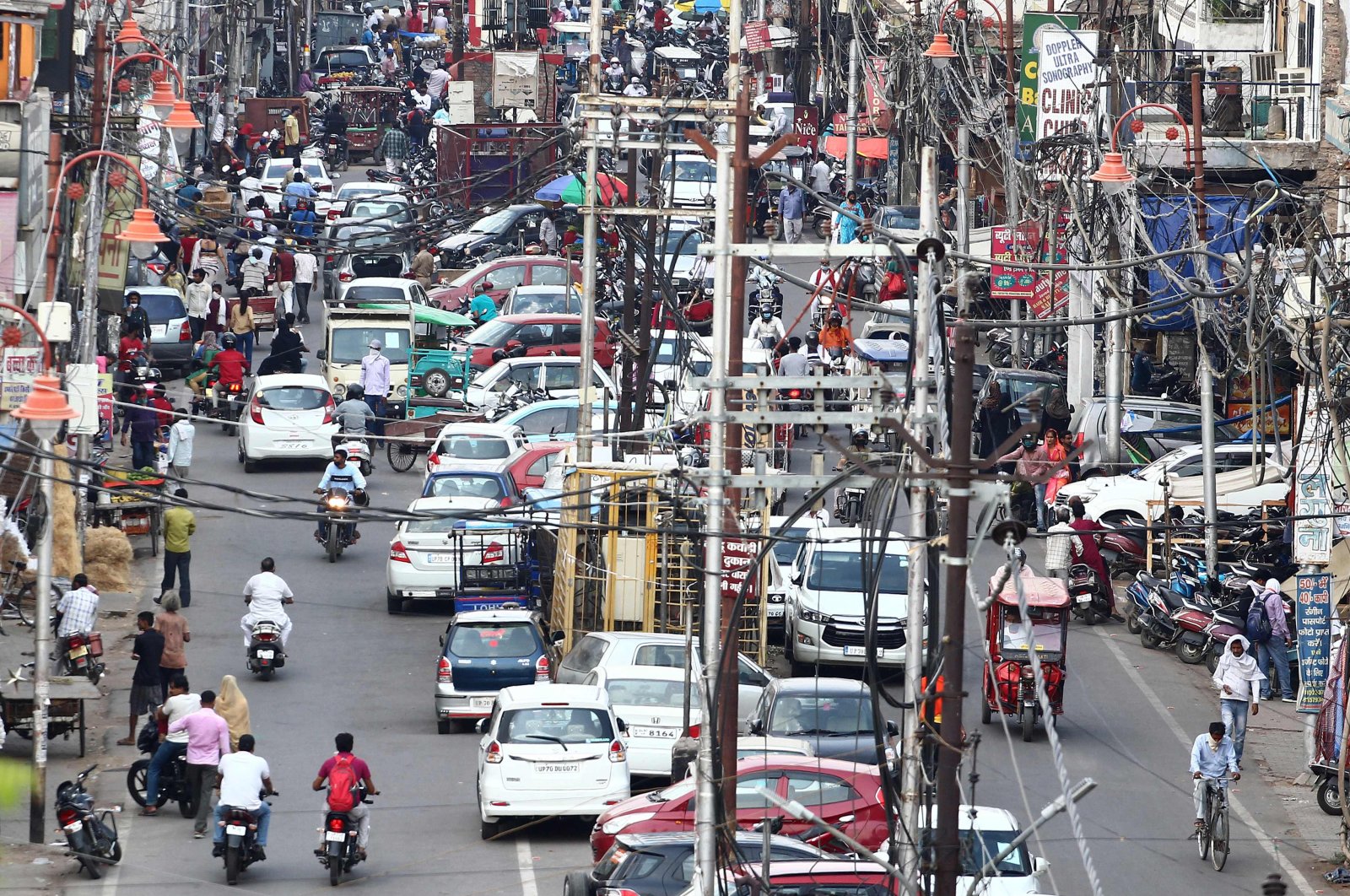 Commuters are seen along a road in the old City Chowk area after the government eased restrictions imposed as a preventive measure against the COVID-19 coronavirus, Allahabad, June 1, 2020. (AFP Photo)
by REUTERS
Jun 01, 2020 3:22 pm

India's cases of coronavirus crossed 190,000, the health ministry said Monday, overtaking France to become seventh highest in the world, as the government eases back on most curbs after a two-month-long lockdown that left millions without work.

With a record 8,392 new cases over the previous day, India is now behind the U.S., Brazil, Russia, Britain, Spain and Italy, according to a Reuters tally.

Criticism has grown in recent days that Prime Minister Narendra Modi's sudden lockdown of 1.3 billion Indians in March has failed to halt the spread of the disease while destroying the livelihoods of millions of people who depend on daily wages.

Community transmission is well underway among the population, a team of independent experts said, adding this would only get worse as public transport opens.

On Monday, thousands of people were packing into 200 new trains that resumed services across the country, most of them migrant workers and their families leaving metropolises such as Delhi and Mumbai for their homes in the interior.

"The returning migrants are now taking infection to each and every corner of the country; mostly to rural and semi-urban areas, in districts with relatively weak public health systems," the experts said.

The number of deaths from COVID-19 stood at 5,394, still small compared to other countries with similar caseloads, which the government says was partly because the lockdown had helped avoid an exponential rise in cases, giving hospitals space to treat patients.

Still, there are concerns that if the infections keep rising especially in Delhi and Mumbai, the health system would be stretched.