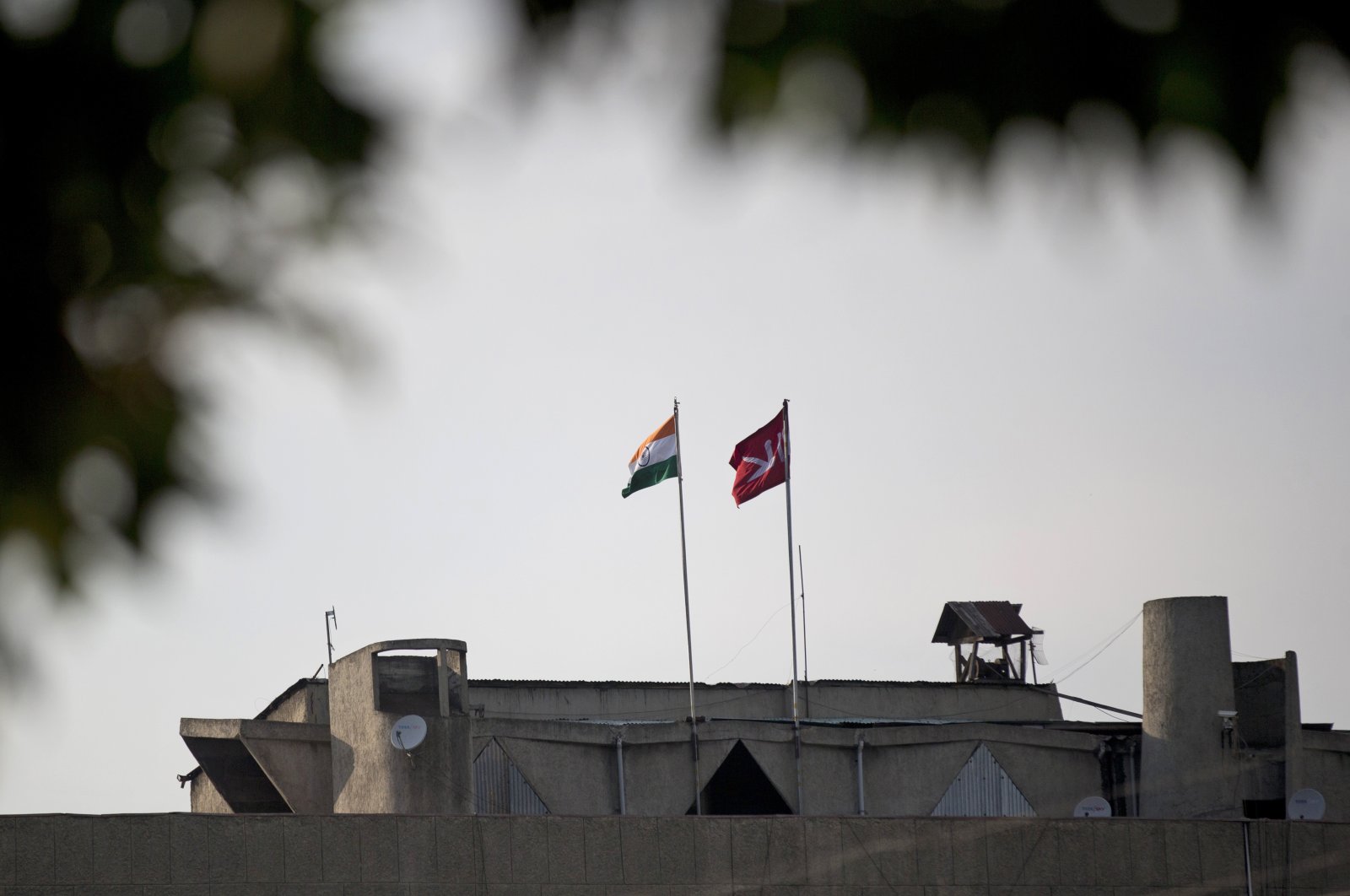 An Indian national flag (L) is hoisted next to a Jammu and Kashmir state flag on the government secretariat building after New Delhi scrapped the disputed region's semi-autonomy in Srinagar, Indian controlled Kashmir, Aug. 9, 2019. (AP Photo)
by ASSOCIATED PRESS Feb 25, 2021 11:52 am
RECOMMENDED

Rival neighbors Pakistan and India have pledged to stop firing weapons across the border in disputed Jammu and Kashmir, promising to adhere to a 2003 accord that has been largely ignored, officials from both sides said Thursday.

If indeed implemented, the move would be a major step in defusing tensions in the highly militarized Himalayan region and open a possibility for broader detente between the two nuclear-armed powers.

Artillery, rockets and even small arms fire have been regularly exchanged between troops on opposite sides of the border, killing hundreds since the original cease-fire was signed. This time the two militaries themselves are making vocal commitments, with senior generals reaching an understanding over a hotline on Wednesday, a joint statement said.

"Both sides agreed for strict observance of all agreements, understandings and cease-firing” along the frontier that separates Kashmir between Pakistan and India, it said.

"Existing mechanisms of hotline contact and border flag meetings will be utilized to resolve any unforeseen situation or misunderstanding." The two South Asian neighbors have a long history of bitter relations, and Pakistani authorities say India has made more than 13,000 violations of the cease-fire accord in the past 18 years.

India also alleges large-scale cease-fire violations by the Pakistan Army since gaining independence from British rule in 1947. They have fought two of their three wars over control of Kashmir, which is divided between them and claimed by both in its entirety. Both sides often exchange fire in Kashmir and civilians are caught in the crossfire whenever such violence erupts. Since 1947, more than 94,000 Kashmiris have been killed during clashes with Indian authorities, according to Pakistani sources.

But relations were further strained between them in 2019, when Pakistan shot down an Indian warplane in Kashmir and captured a pilot in response to an airstrike by Indian aircraft targeting militants inside Pakistan.

India at the time said the strikes targeted Pakistan-based militants responsible for a suicide bombing that killed 40 Indian troops in the Indian-controlled part of Kashmir. Pakistan said there was no militant camp and the Indian planes dropped bombs in a forest. Since then, a peace process between Islamabad and New Delhi has been on hold. It was unclear what prompted the two militaries to initiate contact over the hotline, but Pakistan has been urging the international community to urge India for resuming dialogue with it to ensure peace in the region. Islamabad says India has violated the truce more than 2,000 times in 2020 alone.

However, Pakistan wants India to reverse a 2019 move under which New Delhi divided the Indian-administered part of the Muslim-majority Kashmir into two federally governed territories – Jammu and Kashmir, and Ladakh – touching off anger on both sides of the frontier.

India accuses Pakistan of arming and training anti-India rebels and also helping them by providing gunfire as cover for incursions into the Indian side. Pakistan denies this, saying it offers only moral and diplomatic support to Kashmiris who oppose Indian rule. Most Kashmiris support uniting the territory, either under Pakistani rule or as an independent country. Rebels in the region have been fighting against Indian rule since 1989.