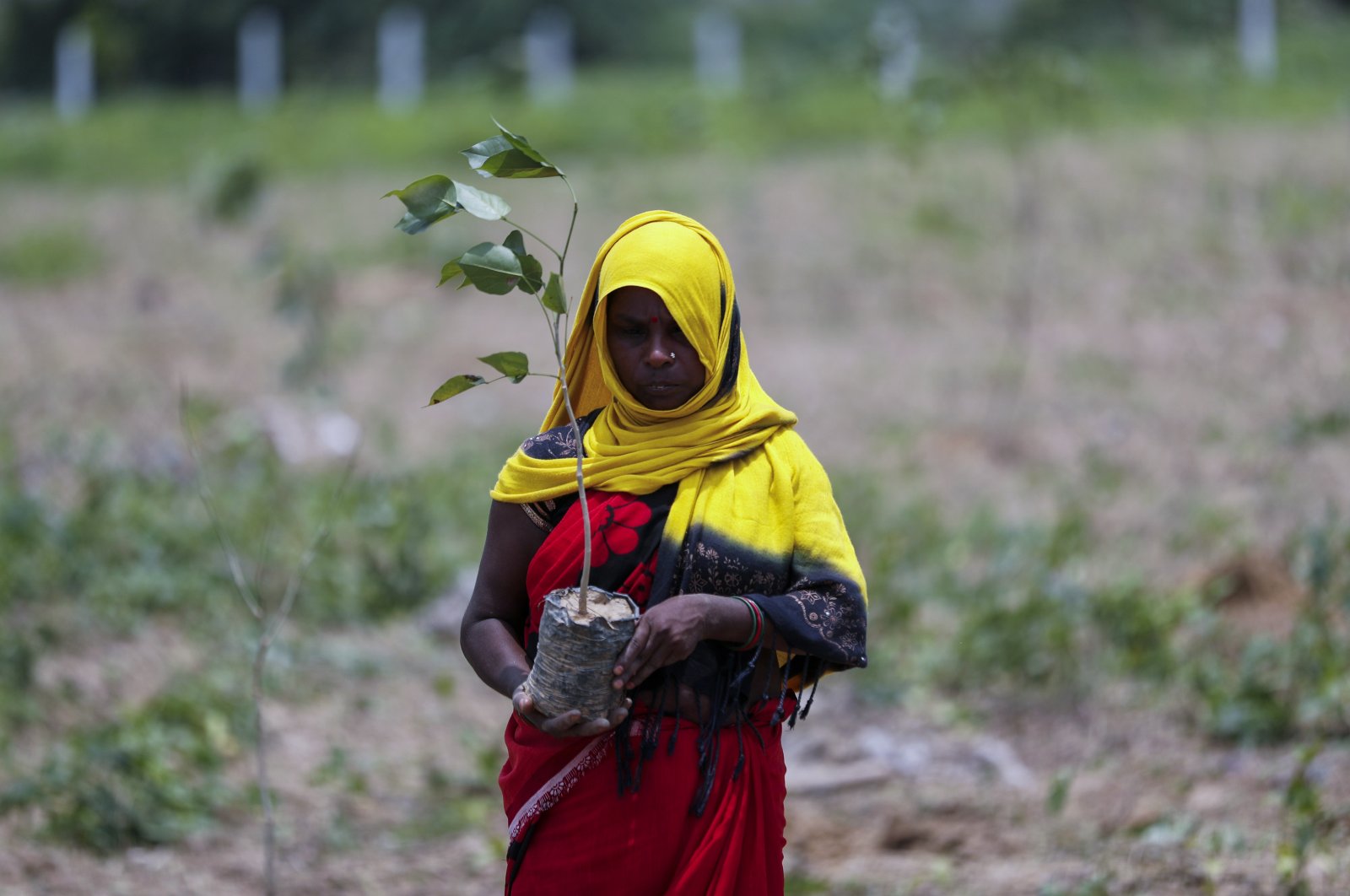 As part of an annual mass tree planting campaign with the aim to reduce carbon emissions and mitigate the effects of global climate change, more than a million people on Sunday began planting 250 million saplings in India’s most populous state.

India has pledged to keep a third of its total land area under forest and tree cover, but a growing population and increasing demand for industrial projects have placed greater stress on the land.

Social organizations planted a large number of "peepal” trees (Ficus religiosa) in Lucknow, the state capital, which is recovering from a devastating surge of coronavirus infections.

"This tree is known to release maximum oxygen. So this plant is the ‘need of the hour,’ as we are reminded of its importance after facing the oxygen shortage crisis when the outbreak was at its peak,” said Shachindra Sharma, an activist.

India, a country of nearly 1.4 billion people, crossed the grim milestone on Friday of more than 400,000 people lost to the coronavirus. That number is thought to be a vast undercount because of a lack of testing and reporting.

New cases are on the decline after exceeding 400,000 a day in May, but authorities are preparing for another possible wave and are trying to ramp up vaccination. India on Sunday recorded 43,071 new infections in the past 24 hours, raising the total cases to 30.5 million. Uttar Pradesh state reported 128 new cases in the same period.

"We are committed to increasing the forest cover of Uttar Pradesh state to over 15% of the total land area in the next five years. In today’s campaign, over 100 million trees will be planted,” said Manoj Singh, a senior state forest official,

Since the launch of the tree-planting drive four years ago, the forest cover of Uttar Pradesh – home to 230 million people – has gone up by more than 3%, compared to the national average of 2.89%, said state Forest Minister Dara Singh Chauhan.

The long-term survival of trees planted in such mass campaigns remains a concern. Usually, only 60% of saplings survive, with the rest succumbing to disease or lack of water, he said.

However, Chauhan said the survival rate of saplings in the past four years has gone up to 80%, thanks to better care and methods such as geotagging trees with QR codes in order to monitor their growth.

India’s federal government is encouraging all 28 states to expedite tree-planting drives to increase forest cover, part of commitments made at the 2015 climate change summit in Paris. The government designated more than $6.2 billion for tree planting across the country, in keeping with its pledge to push India’s forest cover to 95 million hectares (235 million acres) by 2030.