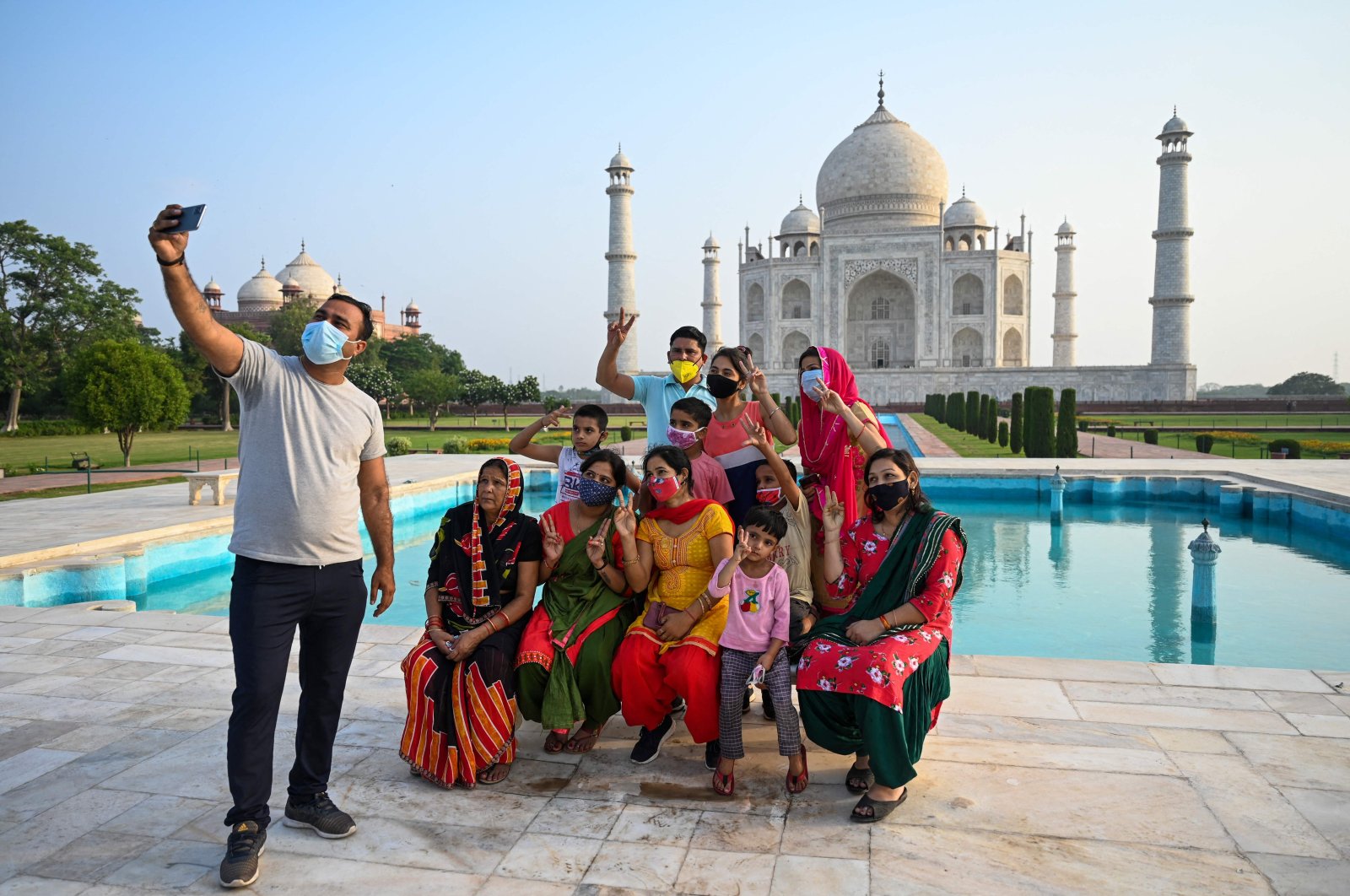 A group of tourists takes a photo at the Taj Mahal after it reopened to visitors following authorities easing coronavirus restrictions in Agra, India, June 16, 2021. (AFP Photo)
by REUTERS Jun 16, 2021 5:32 pm
RECOMMENDED

India's iconic Taj Mahal reopened to the public Wednesday as the country, still reeling from a disastrous second wave of the pandemic, rushes to lift restrictions in a bid to revitalize its economy.

The 17th-century monument, built by Mughal emperor Shah Jahan in the northern city of Agra, was closed in early April as India introduced strict lockdown measures in an effort to contain a surge in COVID-19 infections that is still killing thousands every day.

Only 650 tourists will be allowed inside the premises of the Taj Mahal at any point in time, Prabhu Singh, the District Magistrate of Agra said. The white marble monument normally attracts 7 million to 8 million visitors annually, or an average of over 20,000 people per day.

The state of Uttar Pradesh, where Agra is located, reported 270 new infections overnight and 56 deaths. It is among India's hardest states in terms of total COVID-19 cases. Other federally protected monuments, including New Delhi's Red Fort and Qutub Minar, were also reopened to tourists on Wednesday, even as alarm bells ring in the world's second-most populous country over a resurgence of crowds in major cities that threatens to fuel another spike in infections.

Indian media reported traffic jams and a surge in tourists this week to the northern hill station of Shimla, famous for its picturesque views of snow-capped Himalayan peaks, further raising fears about the spread of the virus.

India's health ministry reported on Wednesday 62,224 new COVID-19 infections overnight, slightly higher than the previous day's figures but still well below the May peak of over 400,000 daily infections.