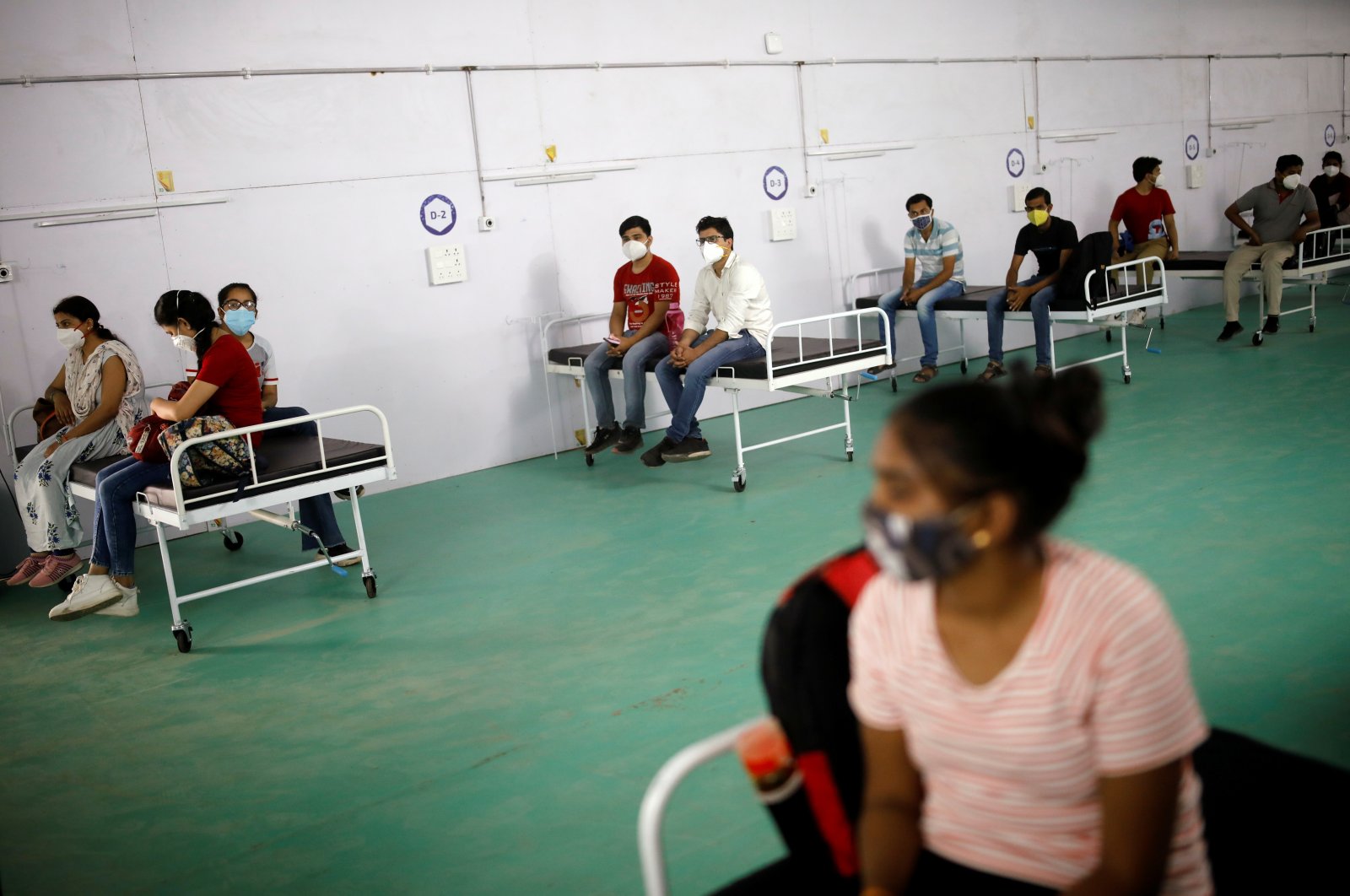 Medical workers sit on beds as they listen to a doctor during their briefing at the site of a temporary coronavirus care facility, at Ramlila Ground, in New Delhi, India, May 12, 2021. (Reuters Photo)
by Associated Press May 12, 2021 11:21 am

India has confirmed 4,205 more deaths, setting another daily record and taking its official COVID-19 toll past 250,000 as it battles a ferocious surge in infections.

Around 370,000 new cases were added in the last 24 hours, pushing India's total past 23 million, according to the health ministry. The figures are considered vast undercounts due to insufficient testing and records among other factors.

On Tuesday, authorities warned that nearly 90% of districts in the country are seeing a high positivity rate, sparking fears the coronavirus is spreading to India’s rural areas faster than it did during a surge last year.

Infections have swelled in India since February in a disastrous turn blamed on more contagious variants as well as government decisions to allow massive crowds to gather for religious festivals and political rallies.

Even though daily cases have shown very early signs of flattening, experts have cautioned authorities to not let down their guard. With nearly 4 million cases still active, health care systems remain strained with limited hospital beds, oxygen and medicine.

Many states have imposed their own restrictions to curb infections, and the southern state of Telangana became the latest to announce a 10-day lockdown on Tuesday. Calls and pressure for a nationwide lockdown have been mounting.