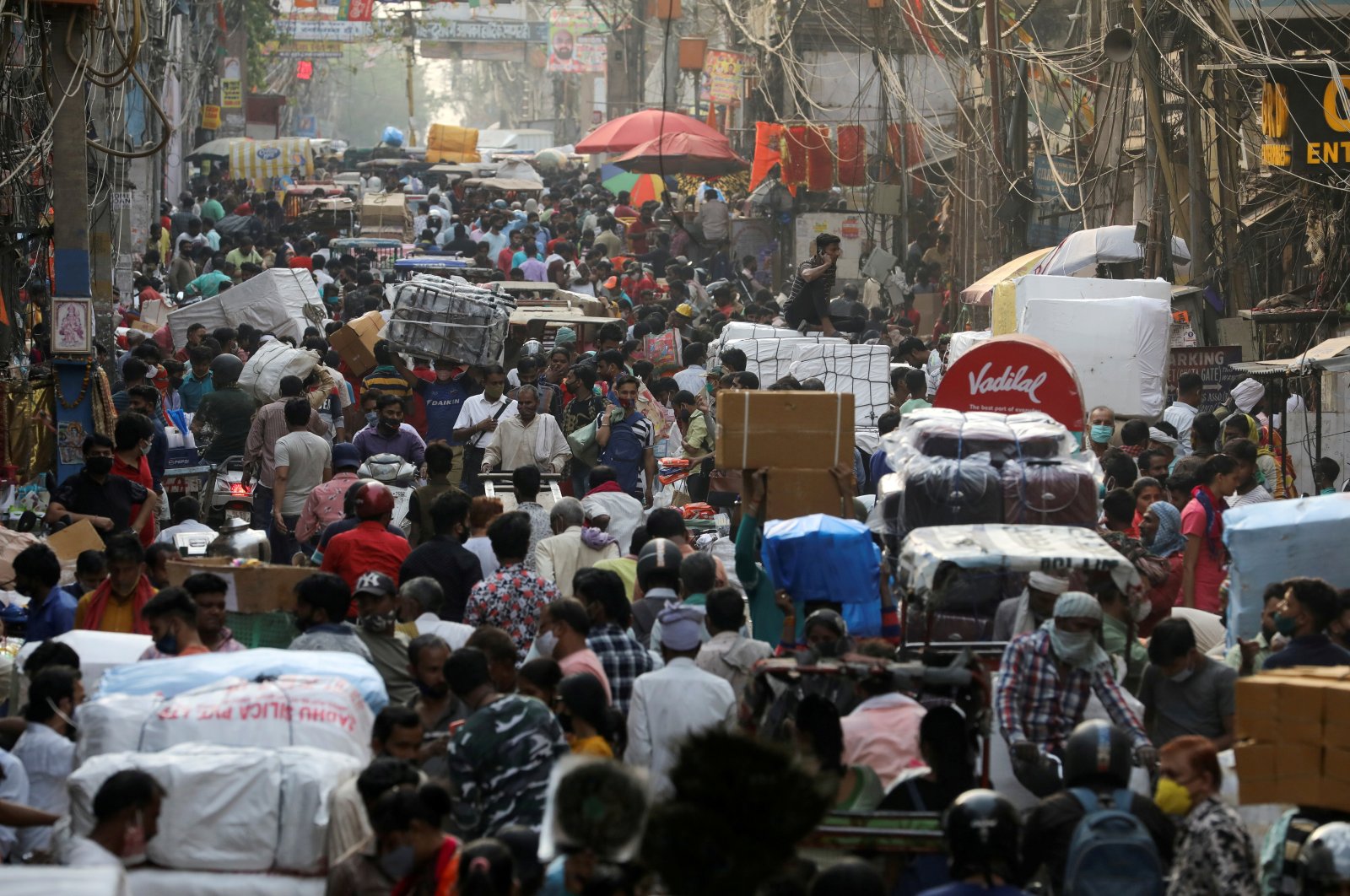 The Indian capital of New Delhi entered a weeklong lockdown Monday night as an exponential surge in coronavirus cases pushes the city's health system to its limits.

Daily COVID-19 cases nationwide hit a new record and the health system has crumbled under the weight of new infections. According to India's Health Ministry on Monday, Delhi reported 25,462 cases and 161 deaths over the past 24 hours.

Overall, India reported 273,810 new infections on Monday, its highest daily rise since the start of the pandemic and it now has reported more than 15 million infections, a total second only to the United States. The Health Ministry also reported 1,619 deaths from COVID-19 in the past 24 hours, pushing the toll over 178,769. India has the fourth-highest number of deaths after the U.S., Brazil and Mexico – though, with nearly 1.4 billion people, it has a much larger population than any of those countries.

Chief Minister Arvind Kejriwal said in a news conference the national capital was facing shortages of oxygen and certain medicines.

"I do not say that the system has collapsed, but it has reached its limits,” Kejriwal said, adding that harsh measures were necessary to "prevent a collapse of the health system.” He said businesses would be shut and movement around the northern city of 20 million limited to essential services, from 10 p.m. on Monday to 5 a.m. the following Monday.

"Delhi's health system is unable to take more patients in big numbers," he added. "If a lockdown isn't implemented now the situation will go beyond control."

"The lockdown doesn't end the pandemic but just slows it. We will use this week-long lockdown to improve our healthcare," Kejriwal said.

Following the announcement, long queues formed outside Delhi's alcohol shops in scenes reminiscent of the rush ahead of last year's nationwide lockdown. Several large market associations in the city have announced that they will keep their markets closed until April 25. Kejriwal tried to address fears that the lockdown would be extended, appealing to migrant workers not to leave Delhi. He also said that additional beds would be set up at some schools and a sports complex as there are "only 100 beds left.”

Kejriwal said that there was an “acute shortage of oxygen,” adding in capital letters that “oxygen has become an emergency” in the megalopolis, according to Press Trust of India news agency.

Last year's harsh restrictions put millions of poor daily-wagers out of work, with many fleeing cities for their villages – often on foot with some dying along the way. Delhi's restrictions followed other measures in other states, including Maharashtra, home to financial capital Mumbai, and Tamil Nadu.

The national government has said it will address state pleas for more oxygen and drugs. The closure of most industries, businesses and public places Wednesday night is to last 15 days.

Experts blame complacency about the virus, with the massive spike coming after daily cases fell below 9,000 in early February. There is also growing concern that virus variants, including a "double mutant," are fueling infections.

"The guard was let down too early... people went back to pre-pandemic behavior and no one cautioned them," virologist T. Jacob John told Agence France-Presse (AFP). "The second wave's... spreading much faster than the first."

Experts warned that religious festivals, including the Kumbh Mela attended by millions of pilgrims, and packed state election rallies had become "super-spreader" events.

Following a call from Prime Minister Narendra Modi for its rituals to be observed symbolically, officials at the Kumbh Mela in the northern city of Haridwar said the "site is nearly empty." Nearly 3,900 people have tested positive in the past week in Haridwar, according to local authorities.

India's social media was overrun with people complaining of a shortage of beds, oxygen cylinders and medicines, as well as groups of citizens who circulated helpline numbers and provided volunteer support. Despite the skyrocketing infections, politicians continued to hold mass rallies across the country in connection with state elections. There is mounting criticism of how Modi's administration has dealt with the second wave of the pandemic in India, with thousands of people attending religious festivals and campaign rallies.

Indian media reports on Monday said Modi will chair an "important meeting" on "the COVID situation" on Monday, as Maharashtra's ruling Shiv Sena party has demanded a special meeting of the Indian Parliament to discuss the coronavirus crisis.

"Two of our furnaces are not operational as the frames are melting and gas burners are getting clogged as the furnaces are constantly in use," said Prashant Kabrawala, the manager of Gujarat city Surat's biggest crematorium.

Amid soaring cases and deaths in India British Prime Minister Boris Johnson canceled a planned trip to the country next week due to the coronavirus. Johnson had already postponed the trip once from January when COVID-19 infections were high in Britain.

"In the light of the current coronavirus situation, Prime Minister Boris Johnson will not be able to travel to India next week," a joint statement from the British and Indian government, released by Johnson's office, said, according to release in quotes carried by Reuters.

"Instead, Prime Ministers Modi and Johnson will speak later this month to agree and launch their ambitious plans for the future partnership between the U.K. and India."

Relations with India are seen as a key component of both Britain's post-Brexit ambitions to reinvigorate trade with countries outside the European Union, and a diplomatic push to gain more influence in the Indo-Pacific region. Britain has invited India to attend the G-7 summit it is hosting in June.

British health officials said on Sunday they were investigating a COVID-19 variant originating in India, but as yet they did not have enough evidence to classify it is as a variant of concern.