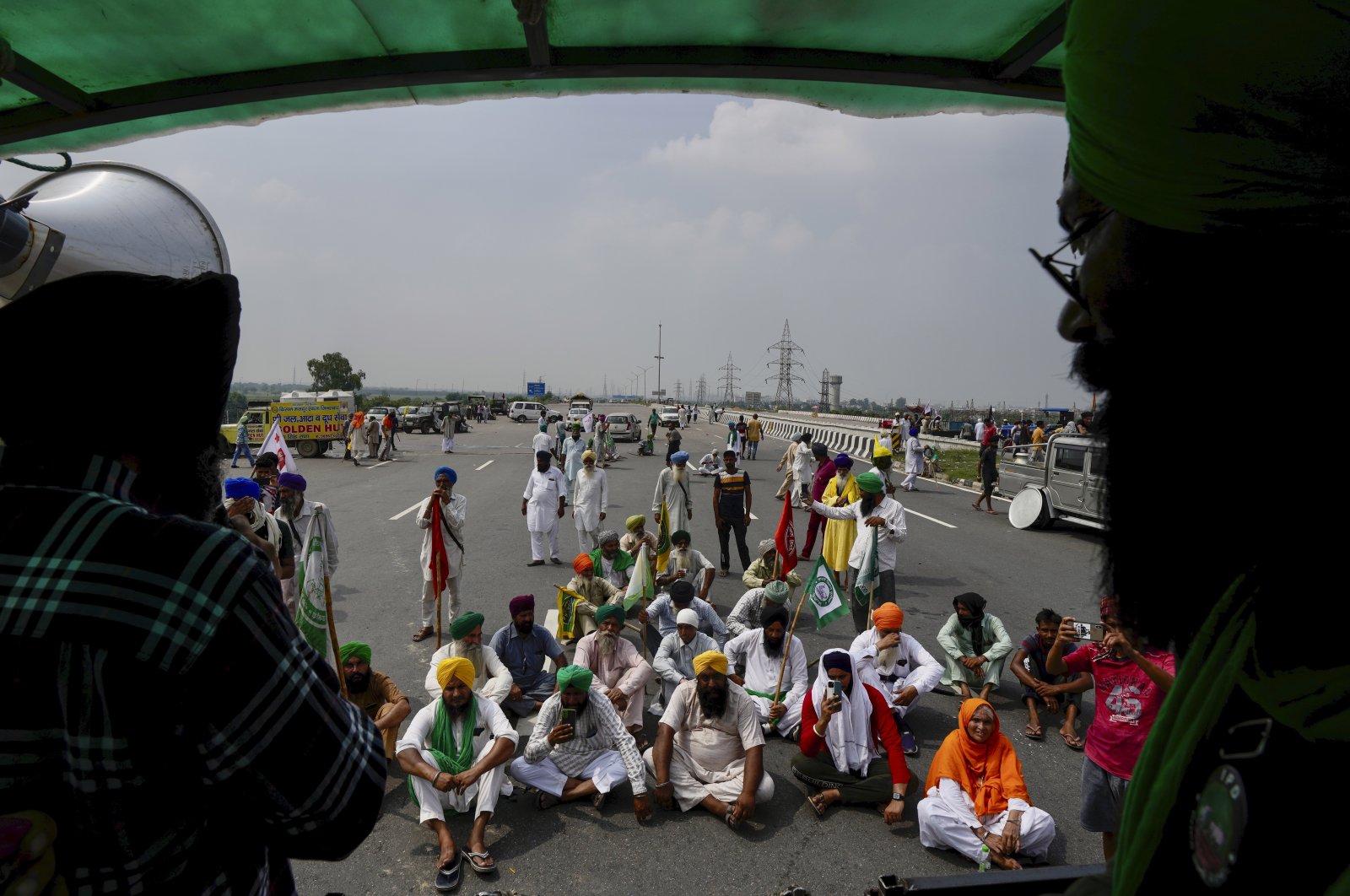 Thousands of Indian farmers blocked traffic on major roads and railway tracks outside of the nation's capital on Monday, marking one year of demonstrations against government-backed laws that they say will shatter their livelihoods.

The farmers have renewed their protests with calls for a nationwide strike on the anniversary of the legislation's passage. The drawn-out demonstrations have posed one of the biggest political challenges to Prime Minister Narendra Modi, who swept the polls for the second time in 2019.

Waving colorful flags and distributing free food, hundreds of farmers gathered at one of the protest sites on the edges of the capital, New Delhi. The mood on Monday was charged with determination to keep the protests going – some even brought mattresses with them, camping out as the day went on.

"The enthusiasm we had on the first day, it is much stronger and bigger now,” said Manjit Singh, a 45-year-old farmer and protester. Mohini Kaur, a 61-year-old New Delhi resident traveled to the protest site to show her support for the farmers. "These lion-hearted farmers are here today under the hot sun. They have been exposed to rain, heat and the cold," she said.

Protesters expressed their determination to keep the movement going - some even brought mattresses with them, camping out as the day went on.

Along New Delhi's southwest and eastern fringes, protesting farmers crowded highways, choking traffic and cutting off access from the capital to neighboring states. Police were deployed to three main protest sites on the outskirts of the city to maintain law and order.

A coalition of farmers' unions – known as the Samyukta Kisan Morcha, or United Farmers’ Front – has called on shops, offices, factories and other institutions to shut their doors in solidarity for the 10-hour strike.

All emergency services, including hospitals, pharmacies and relief work, will continue, they said. The government has defended the legislation, saying it is necessary to modernize agriculture and that the laws will boost production through private investment. But the farmers say the new legislation will devastate their earnings by ending guaranteed pricing and force them to sell their crops to corporations at cheaper prices.

In neighboring Punjab and Haryana states – which are the country's two biggest agricultural producers – thousands of demonstrators also blocked highways, bringing traffic to a halt in some areas. In the eastern state of Bihar, trains were halted as farmers squatted on railway tracks.

Protesters also took to the streets, raising slogans against the Modi government, burning tires and blocking roads across the region. Police said some 500 protesters had been taken into custody, but added that the shutdown remained peaceful.

In the southern city of Bengaluru on Monday, hundreds of people marched in support of the protest against the government. In the southern state of Kerala, the ruling Left Democratic Front called for a total shutdown, reported local media.

Opposition parties in India, including the Congress Party, have supported the farmers. Senior leader Rahul Gandhi called the government "exploitative” and said he stood with farmers on Monday.

A number of talks between the government and farmers have failed to resolve the issue. In November, the farmers escalated their movement by hunkering down on the outskirts of New Delhi, where they have camped out for nearly a year, pushing through a harsh winter as well as a coronavirus surge that devastated India earlier this year.

While the farmers' protest movement has been largely peaceful, demonstrators in January broke through police barricades to storm the historic Red Fort in the capital's center. Clashes with police left one protester dead and hundreds injured.