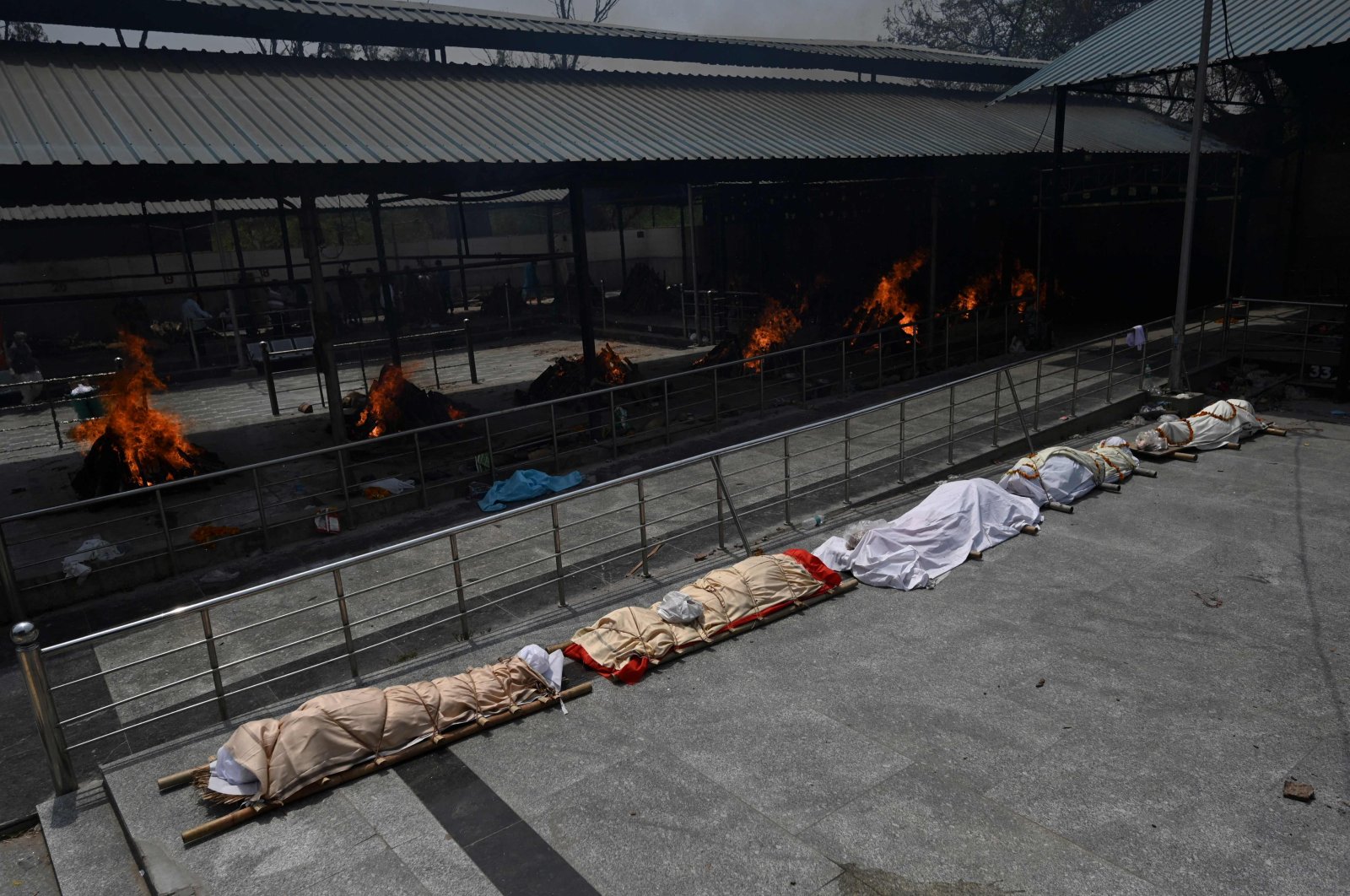 The COVID-19 death toll in India exceeded 200,000 Wednesday as a relentless wave of new cases swamped hospitals and sent desperate families out into the streets of the capital in search of oxygen supplies and medicine, while among other virus-hit countries, Brazil registered 3,086 new coronavirus deaths and Pakistan is considering stricter lockdowns against the worsening situation.

In India, infection and death rates are soaring in the vast country of 1.3 billion, in contrast with the United States and some European nations taking tentative steps back toward a normal life.

The virus has now killed more than 3.1 million people worldwide, with India driving the latest surge, recording 360,000 new infections – a global record – and over 3,000 deaths on Wednesday.

In the capital New Delhi, parking lots have been converted into crematoriums and the soaring body count has sparked a shortage of wood for funeral pyres.

Desperate relatives of the sick are crowding outside hospitals and pharmacies in search of treatment and medicines, often in vain.

Arriving in cars, rickshaws and ambulances, patients and their families desperate for oxygen flocked to a tent outside a Sikh place of worship on the outskirts of the capital this week.

Priyanka Mandal, 30, had been searching for oxygen for her mother since she became sick a week ago.

Despite the rising cases, on Tuesday around 25,000 people took part in the final bathing day at the Kumbh Mela religious gathering in the northern town of Haridwar, drawn to the banks of the Ganges by an "auspicious" full moon, festival official Harbeer Singh told AFP.

The gathering has attracted millions of pilgrims, mostly without masks, sparking criticism of Prime Minister Narendra Modi's Hindu-nationalist government for allowing it to go ahead.

A variant of the virus feared to be contributing to the catastrophic wave in India has now been found in more than a dozen countries, the World Health Organization (WHO) said Tuesday.

Many nations have rushed to help, sending desperately needed oxygen and aid.

As part of the global effort, Singapore said Wednesday it had sent two planeloads of oxygen supplies.

India also appears to be a leading contender for some of the millions of AstraZeneca vaccine doses the U.S. has said it will export.

Despite the crisis worsening in India and other parts of Asia, the Asian Development Bank on Wednesday raised its growth forecast for developing countries in the region.

China and India are expected to lead the rebound across the vast continent, the lender said, but it cautioned that vaccine rollouts were lagging.

By the end of March, developing Asia had administered 5.2 doses per 100 people, it said – trailing the global average of about eight doses per 100.

In Brazil – which has the highest death toll behind the U.S. – the Senate opened an inquiry into the handling of the pandemic by President Jair Bolsonaro's government, as fatalities surged to nearly 400,000 and a scramble for vaccines continued.

Bolsonaro has brazenly defied expert advice on the virus at virtually every turn, attacking lockdowns, resisting vaccines and touting drugs such as hydroxychloroquine that researchers say are ineffective, and shunning masks.

Brazil registered 3,086 coronavirus deaths and more than 72,000 cases in the past 24 hours, authorities said Tuesday. The country's death toll from the virus rose to 395,022.

Nearly 13 million patients have recovered in Brazil, which has been the epicenter of the pandemic in Latin America.

Pakistani authorities on Wednesday also reported 201 deaths from the coronavirus, the country’s highest single-day toll of the pandemic.

According to the National Command and Control Center, 5,292 new cases of infection were reported in the past 24 hours.

Pakistan is planning a lockdown in the worst-hit cities in the first week of May. Khan has resisted demands for a nationwide lockdown, citing its economic impact, but he has also warned that he will be forced to impose a lockdown if people do not stop violating social distancing rules.