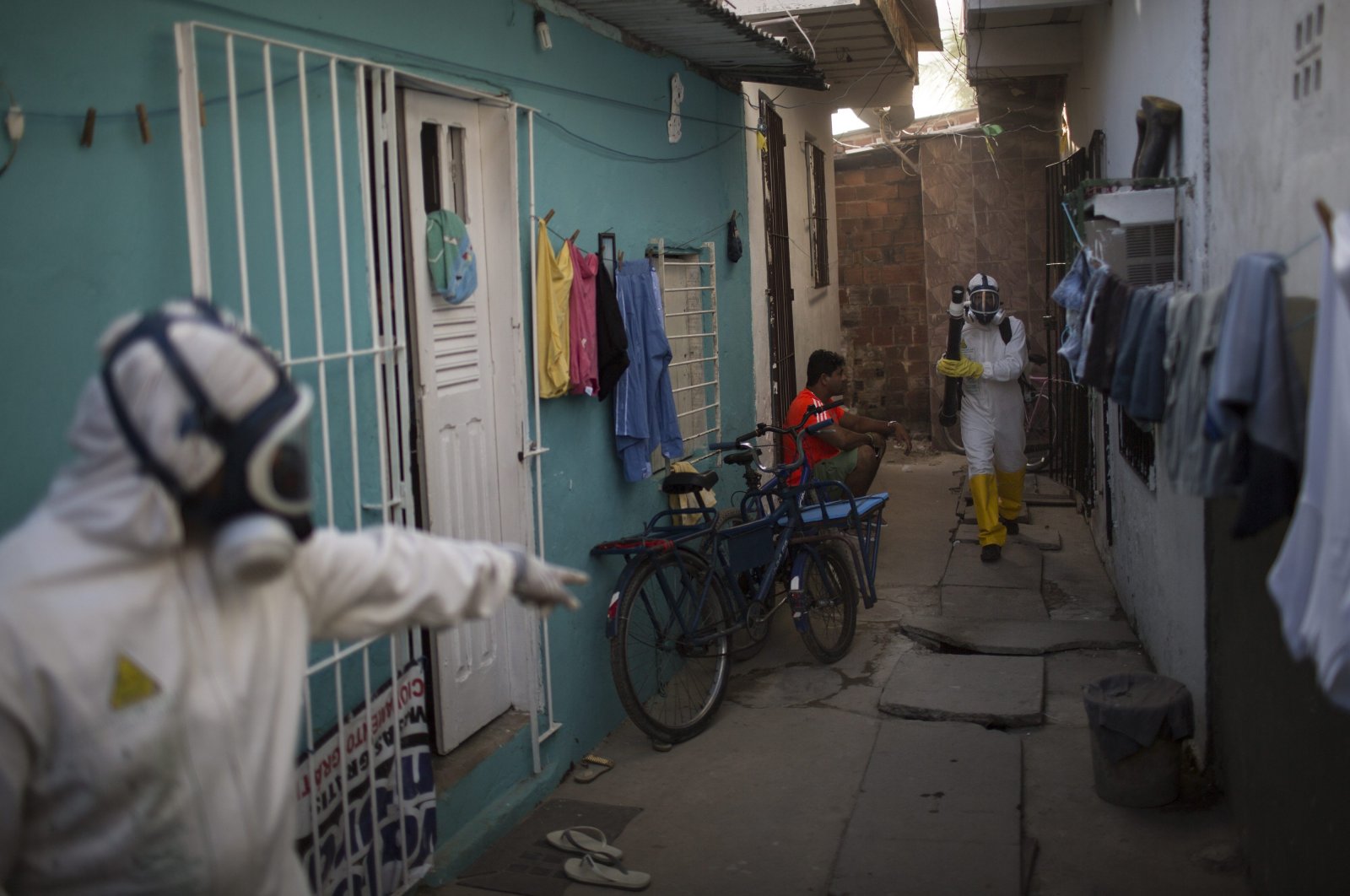 Uttar Pradesh, India's most populous north-central state, which is already grappling with a large number of dengue fever cases, now faces the additional challenge of combating the Zika virus.

The Zika virus spreads through the bite of an infected mosquito belonging to the Aedes genus. While the infection is not fatal, it can cause serious neurologic complications, according to physicians.

Ved Vrat Singh, director-general of medical and health services in Uttar Pradesh, told Anadolu Agency (AA) that the situation is now under control, and the government is doing everything possible to prevent further spread.

"A total of 143 Zika virus infections have been confirmed, with one or two new instances still being reported, which is a first in Uttar Pradesh state," he said, adding: "We have done extensive testing recently as well, and things are generally under control."

According to India's National Vector-Borne Disease Control Program, the country saw a total of 123,106 dengue cases from January to October this year, with Uttar Pradesh having the highest number of cases at 21,687.

Singh acknowledges that there are more dengue cases this year but says that the two diseases are being combated at the same time. "The situation is under control," he asserted.

India's western state of Gujarat was the first to report a Zika outbreak in 2016-17.

Subsequently, cases were also confirmed by other states in 2018.

The first Zika case was reported in Kerala in July of this year. It is unclear how it got to the northern state. "We don't know how the first victim contracted the virus because there is no travel history in the first case," Singh explained.

According to public health experts, multiple factors are to blame for such outbreaks in a populous state like Uttar Pradesh.

Encephalitis outbreaks were also reported in Uttar Pradesh prior to the outbreaks of Zika and dengue fever.

"The reasons are multifactorial. It might be because of delayed or lack of attention toward vector surveillance and control activities as health staff was busy dealing with COVID-19 pandemic," said P. V. M. Lakshmi, an epidemiology professor at the school of public health in northern India's Post-Graduate Institute of Medical Education and Research.

"It all depends on how well we can control the vector, which is (orange county) mosquito. It requires the coordinated efforts of the state along with strong community participation. Without these, it will be difficult to control the outbreak anywhere, not just in Uttar Pradesh," she told AA.

Chandresh Pandya, a community health expert associated with the Indian Association of Preventive and Social Medicine, said sanitation and hygiene must be improved to prevent diseases.

"Awareness is also important. I think the government should increase awareness among people so they are aware of these diseases. Vector-borne disease programs also need to be strengthened," he said.

"Periodical surveillance is important to prevent disease like dengue, where mosquito vector is involved," he commented.