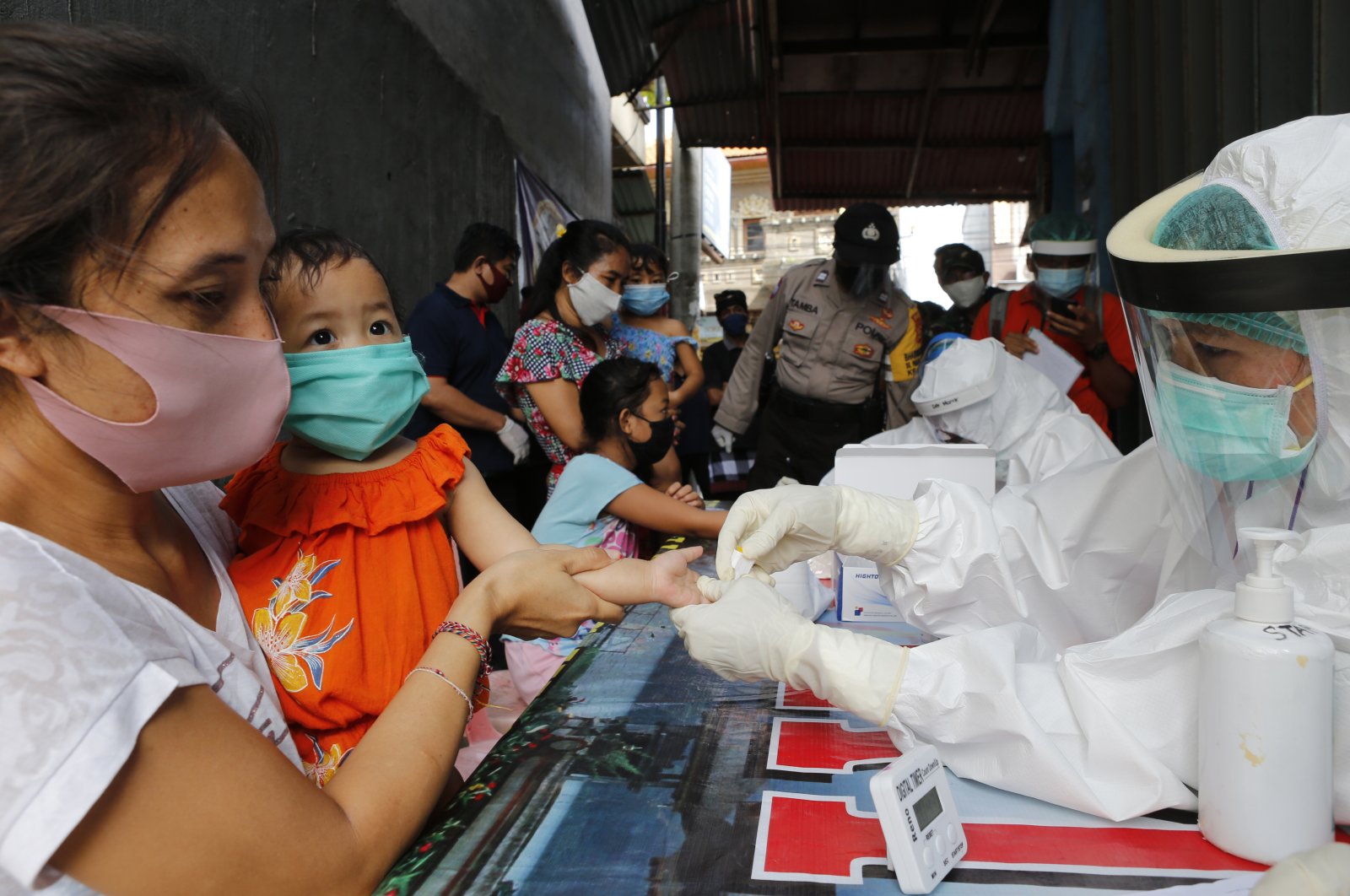 A mother holds her daughter to receive a coronavirus antibody test from health workers at a village in Bali, Indonesia, May 27, 2020. (AP Photo)
by German Press Agency - DPA May 28, 2020 2:31 pm
RECOMMENDED

Indonesia's security minister has been criticized sharply for comparing the novel coronavirus to a wife – in an attempt to allay public concerns about easing COVID-19 restrictions.

The Indonesian government is preparing to lift partial lockdowns in parts of the country in early June and adopt what it calls "the new normal."

"Are we going to be holed up forever? We can adjust to the situation while still paying attention to our health," security minister Mohammad Mahfud said in a video posted on YouTube on Wednesday.

"The other day I got a meme from my colleague Luhut Pandjaitan that says: Corona is like your wife. Initially, you tried to control it, then you realize that you can't. Then you learn to live with it," he said in English.

Pandjaitan is the minister for maritime affairs and investment.

The off-the-cuff remarks drew ire from women's rights groups. "Not only does the statement reflect the incompetence of the government in tackling the COVID-19 pandemic, but it also demonstrates the sexist and misogynistic attitudes of public officials," the Women's Solidarity Society said in a statement.

"Jokes that objectify women will only normalize the culture of violence against women," it said. Indonesians on social media joined the criticism.

"A man who marries a woman with the intention to control her is horrifying. Comparing a woman to a virus is an insult to the dignity of women," a Twitter user named Deslina wrote.

They have been tasked with ensuring the public observe health guidelines set out by the government, including wearing masks and respecting social distancing.

The number of confirmed COVID-19 cases in Indonesia rose to 24,538 on Thursday, an increase of 687 from the previous day.

An additional 23 deaths brought the number of fatalities to 1,496. Some Indonesians have expressed concerns about the plan to reopen the economy at a time when the curve appears to have not flattened.

The government has been accused by some experts of under-reporting cases of infections due to low rates of testing.