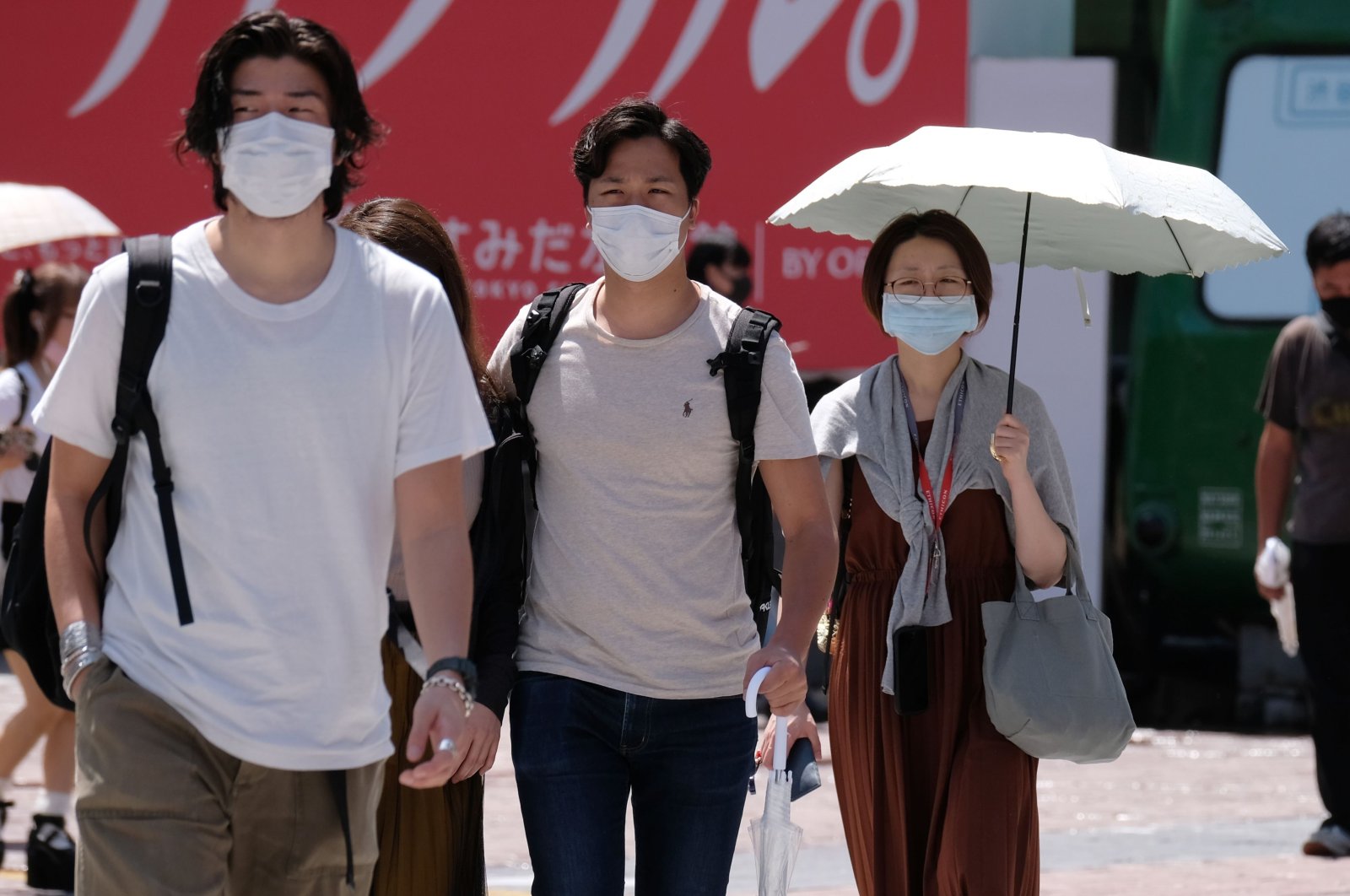 Japan is bracing for a surge in the number of coronavirus infections after daily new cases exceeded 1,000 for the first time, a week after the start of a national travel campaign to revive the tourism industry.

The country had 1,264 new cases Wednesday, according to a tally by national broadcaster NHK, surpassing the previous record of 981, with infections spreading rapidly not only in Tokyo but also in other regions including remote islands.

Northern Japan's Iwate prefecture, which had been the last-remaining prefecture free from coronavirus infection, had its first cases Wednesday, while the southern island of Okinawa had 44 infections, hitting a record for the third day in a row.

Prime Minister Shinzo Abe's government launched a national travel campaign on July 22 that aimed to revive a battered tourism industry despite a resurgence in coronavirus cases.

A member of the World Health Organization's (WHO) influenza panel said the campaign was ill-timed, and it has created a dilemma for those who fear the spread of the virus but are in desperate need of business.

"It's become a habit for me to check the number plates of cars to see whether they come from outside the prefecture. I'm not going to lie, I get a bit shocked when I see that someone's visiting from far away," said Keiko Tsukahara, the co-manager of an inn in the hot springs town of Nikko, north of Tokyo.

"But we have had zero income for the past few months and we need customers," he said.

Mutsu Mayor Soichiro Miyashita, however, ordered 21 city buildings and other city-owned tourist attractions to be closed over the long holiday last weekend as he prioritized health over the business.

The small town in northern Japan's Aomori prefecture has only one hospital, with just four beds for patients with infectious diseases. It has so far reported no COVID-19 cases.

"As we experience the second wave of cases, it shouldn’t be a choice between our lives or the economy. Our only option is whether we can protect and save lives," said Miyashita.

He added that any travel subsidy program should have been rolled out at a later stage when the situation had stabilized.

Tokyo plans to urge shorter operating hours for restaurants and karaoke parlors next month to tackle the recent spike in infections, the Nikkei business daily said.

"The current situation (in Tokyo) is more serious than before," Yuriko Koike said, citing expert opinions.

"There were several clusters in Tokyo ... We have no time to waste."

The metropolitan government is considering compensation of 200,000 yen ($1,900) to stores that comply with its request to close at 10 p.m. from Monday until Aug. 31, it said.

Besides promoting domestic trips, Japan is slowly reopening to foreigners.

The measure will be applied to some 90,000 people who left Japan before their destination was named as one of the 146 countries from which Japan is banning visits, the ministry said.

Despite the rise in contagion, the government has said there is no need to reimpose noncompulsory but widely respected calls for people to stay at home and business to close their doors, as seen under the state of emergency.

Many of the new patients are younger people, with the number of severe cases and new deaths so far not spiking, and government officials argue that the health care system is not yet facing the prospect of being overwhelmed.