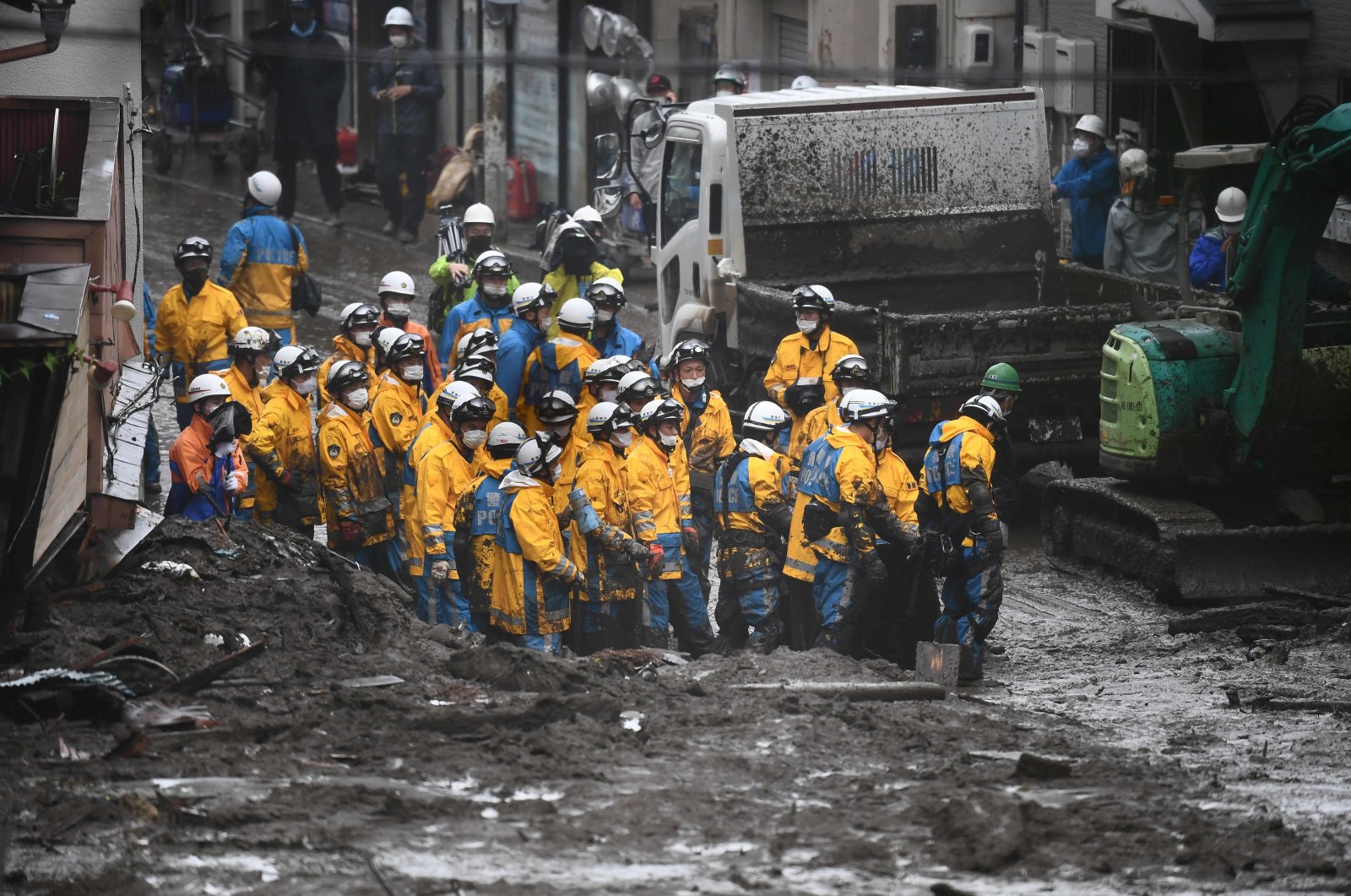 Japanese rescuers were battling against time and the weather on Sunday in the search of about 20 people who are still missing after a deadly mudslide in the country the previous day left at least two dead.

"The next 72 hours are crucial," said the mayor of the coastal town of Atami, Sakae Saito, where the two people had been killed.

So far, 23 people have been rescued from homes trapped in mud, officials said. An estimated 1,000 rescue workers, including members of the military, are at the scene.

However, they have had to interrupt search operations due to persistent rain and a risk of renewed landslides.

Heavy rains had caused a massive mudslide in Shizuoka Prefecture, south-west of Tokyo, on Saturday.

At least two women died in the accident in Atami, known for its hot spring baths, or onsen, local media reported.

Ten houses were also destroyed and at least 130 others were damaged.

The governor of Shizuoka Prefecture, Heita Kawakatsu, announced that there would be an investigation to find out whether forest clearing for construction projects may have caused the soil of the mountain slopes to be vulnerable to erosion.

In light of the softened ground, authorities warned of further landslides and flooding in other areas as well, especially as more rain is expected in the coming days.

Authorities issued the highest warning level for Atami and called on 25,000 households to seek safety. Residents elsewhere along the country's Pacific coast have also been warned to seek safety from swelling rivers, flooding and possible landslides.

According to experts, the mudslide in Atami had a speed of about 40 kph (24 mph). The mudslide covered a wide area and slid close to the coast. The two people who died were found near a harbor.

According to the prefecture administration, around 100,000 cubic meters of earth poured into a nearby river, swelling its levels and spreading water over a large area.

In the past 10 years, according to official data, there have been an average of almost 1,500 landslides per year in the mountainous island country – almost twice as many as in the previous decade.

Experts ascribe this to increased rainfall due to climate change.