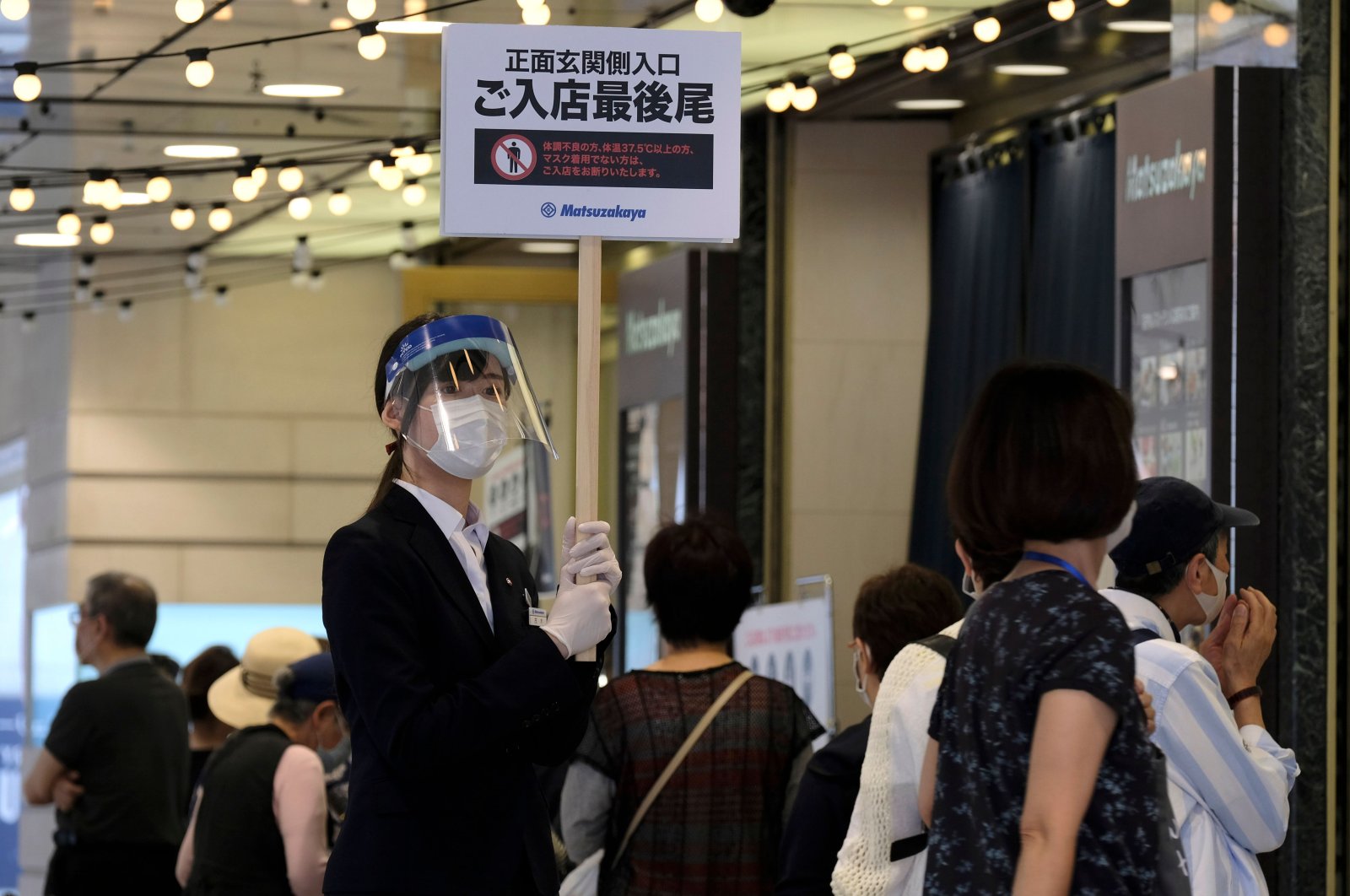 An employee wearing a face shield amid concerns of the COVID-19 coronavirus holds up a sign as people wait in a queue to visit Ueno's Matsuzakaya department store in Tokyo on May 26, 2020. (AFP Photo)
by REUTERS May 26, 2020 11:51 am
RECOMMENDED

A day after Japan ended its state of emergency, Tokyo residents took to the streets with a mixture of relief and trepidation as they prepared for a "new normal" of living with the novel coronavirus.

Prime Minister Shinzo Abe lifted the state of emergency in the capital and four remaining prefectures on Monday, claiming victory for managing to keep total infections relatively low, at about 16,600 cases.

"I want to go out drinking and attend concerts," office worker Daisuke Tominaga told Reuters in Shibuya, one of Tokyo's busiest neighborhoods.

Unlike strict lockdowns in other countries, Japan did not force businesses to close and some had reopened even before the emergency was lifted.

Still, its official end after some seven weeks saw many people returning to work or heading out while observing social-distancing and wearing masks.

Naoto Furuki, 45, said his morning commute had been more crowded than usual, which was slightly unsettling.

"I'm still a bit worried. There may be a second wave of the epidemic so we still need to be on alert," he said.

Many children are set to go back to school next week under precautionary measures such as staggered classes.

Tokyo Governor Yuriko Koike has warned against complacency and said everyone had to get used to a "new normal" of teleworking and staggered commutes until a vaccine or treatment is developed.

On Monday evening, the Rainbow Bridge, which spans northern Tokyo Bay, was illuminated in seven colors to mark the end of the state of emergency.

"Let's work together so the light of the Rainbow Bridge won't turn red," Koike said at a coronavirus policy meeting on Tuesday.

Electronics giant Sony Corp said it would only let up to 30% of its workforce back to the office in June, while Hitachi Ltd is aiming for half of its work to be done at home.

"It may be hard for things to return to the ways before the pandemic hit," he told parliament.