Junta to stop violence when Myanmar 'returns to stability' 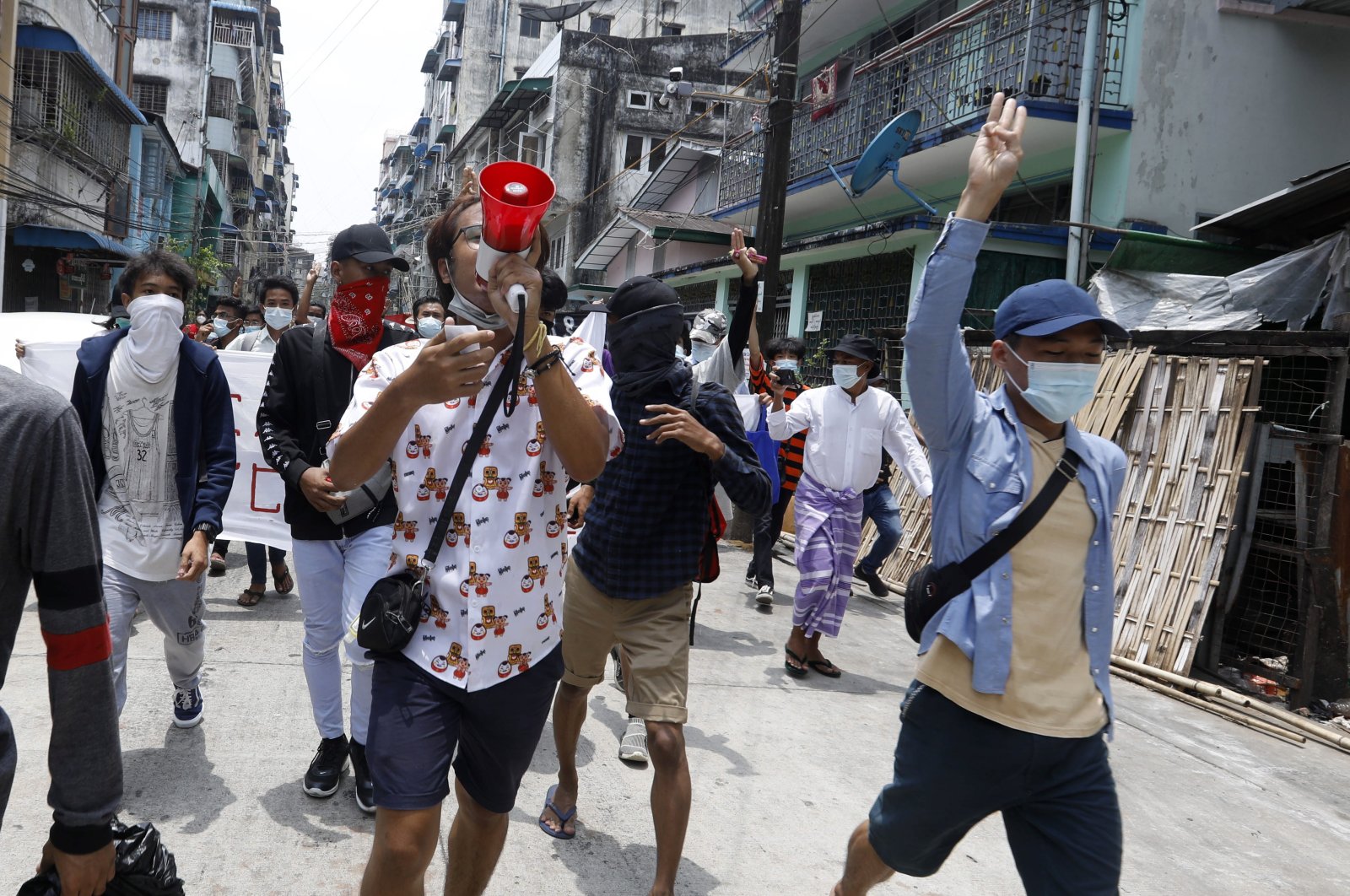 The junta in Myanmar will heed pleas from international actors to stop violence only if the coup-hit country "returns to stability," as fresh fighting erupted with a major ethnic opposition group along its eastern border.

The nation has been in turmoil since the military ousted civilian leader Aung San Suu Kyi in a Feb. 1 coup, triggering an uprising that has seen security forces mount deadly crackdowns against protesters.

The violence – in which more than 750 people have been killed by security forces, according to a local monitoring group – has raised alarm among regional neighbors.

Junta leader Min Aung Hlaing attended a weekend meeting on the crisis with the leaders of the 10-country Association of Southeast Asian Nations (ASEAN) – his first overseas trip since he seized power.

The leaders issued a "five-point consensus" statement that called for the "immediate cessation of violence" and a visit to Myanmar by a regional special envoy.

On Tuesday, Myanmar's State Administrative Council – as the junta dubs itself – said it would consider the "constructive suggestions made by ASEAN leaders when the situation returns to stability in the country."

The statement also said its neighbors' suggestions would be "positively considered if it (ASEAN) would facilitate the implementation" of the junta's five-step road map.

Junta spokesperson Zaw Min Tun told Agence France-Presse (AFP) the regime was "satisfied" with the trip, saying they had been able to explain the "real situation" to ASEAN leaders.

However, ASEAN is not known for its diplomatic clout, and observers have questioned how effectively it can influence the crisis.

The former U.S. ambassador to Myanmar, Scot Marciel, warned that the military's response to the Jakarta summit showed signs of backsliding already.

"ASEAN cannot dither here, as the junta moves to walk back even the limited agreement reached Saturday," Marciel said in a tweet.

"There should be urgent follow-up and costs imposed on the junta for the delay. There is a reason no one in Myanmar trusts the Tatmadaw," he said, referring to the military by its Burmese name.

Since Feb. 1, security forces have killed more than 750 civilians, according to the Assistance Association for Political Prisoners (AAPP), a local monitoring group tracking the death toll.

But the junta, which declared the AAPP as an illegal organization, has registered a far lower death toll while blaming the violence on rioters.

Two days after the ASEAN meeting, a teashop owner in Mandalay – a hotspot of unrest – was shot dead amid a protest that saw a violent crackdown by authorities, according to a rescue worker.

The anti-coup movement has garnered broad support across the country, including among some of Myanmar's armed insurgent groups that have for decades been fighting the military for more autonomy.

One of the most active opponents, the Karen National Union (KNU), has clashed with the military in their territory along Myanmar's eastern border for weeks.

On Tuesday, fighting broke out in Karen state near the Salween River, which demarcates part of the border, with residents on the Thai side reporting hearing gunfire and explosions coming from inside Myanmar.

Junta spokesperson Zaw Min Tun confirmed the attack by the KNU's Fifth Brigade, saying the rebels were not listening to the group's central command.

"We will continue to take action for security reasons," he said.

But Padoh Saw Taw Nee, the KNU's head of foreign affairs, called the junta's statement "nonsense," adding that their soldiers had razed the Tatmadaw's army base.

"This is a divide-and-rule technique ... we approve (of Fifth Brigade's attack)."

Last month, after the KNU overran a military base in the same region, the junta responded with multiple airstrikes at night – the first use of air offensives in Karen state in over 20 years.

Some villagers had already left their homes for other towns in fear of retaliation from the Myanmar military, said Hkara, a longtime ethnic Karen resident of Mae Sam Laep, a village on the Thai side of the border.

"Nobody dares to stay," she told AFP. "They ran early this morning already when the fire fighting started."

The fighting over recent weeks has displaced more than 24,000 civilians, including about 2,000 who crossed the river to seek refuge in Thailand before they were pushed back by border authorities.

An estimated one-third of Myanmar's territory – mostly in its border regions – is controlled by a myriad of rebel groups, who have their own militias.

The KNU has vocally condemned the military coup and has said they are sheltering at least 2,000 anti-coup dissidents who fled urban centers of unrest.