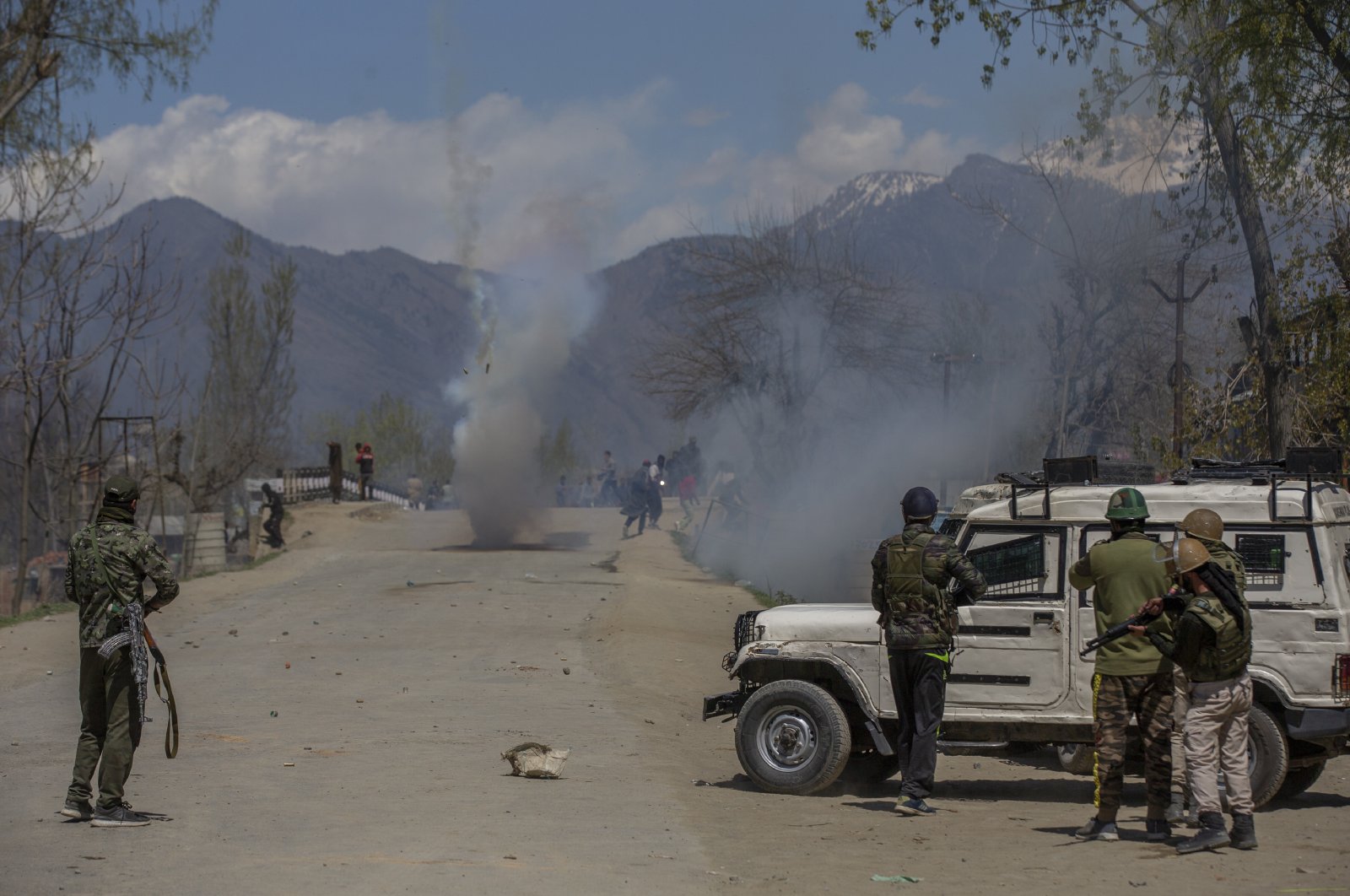 Indian police fire tear gas shells at Kashmiri villagers as they throw stones and bricks at them during a protest near the site of a gunbattle in Pulwama, south of Srinagar, Indian-controlled Kashmir, April 2, 2021. (AP Photo)
by Anadolu Agency Apr 08, 2021 3:28 pm
RECOMMENDED

Journalists and media organizations in Indian-administered Kashmir have expressed concern over a new directive issued by the police banning reporters from coming close to the sites of gunbattles and covering “law and order” situations.

Two local news agencies reported late Tuesday that Kashmir Range inspector general of police Vijay Kumar said media personnel should not produce live coverage of any encounter – the name given to anti-militant operations – or "law and order situation,” referring to civilian protests and clashes, that erupt. He had said the media should carry no content that is "likely to incite violence" or promote anti-India sentiment in the Indian-administered region.

One agency on Wednesday quoted Kumar who said he directed district police chiefs to take "legal action” based on facts if any personnel nears the site of a gunfight or protest.

"Covering law and order situations is a basic requirement for most news organizations. Barring them from covering such events means stopping them from delivering their professional duties,” the organizations said in a statement.

They said it "appears to be a tactic to coerce journalists into not reporting facts on the ground."

The disputed region Kashmir is held by India and Pakistan in parts and claimed by both in full. A small sliver is also held by China.

Since they were partitioned in 1947, the two countries have fought three wars – in 1948, 1965, and 1971 – two of them regarding Kashmir. Some Kashmiri groups in Jammu and Kashmir have been fighting Indian rule for independence, or unification with neighboring Pakistan.