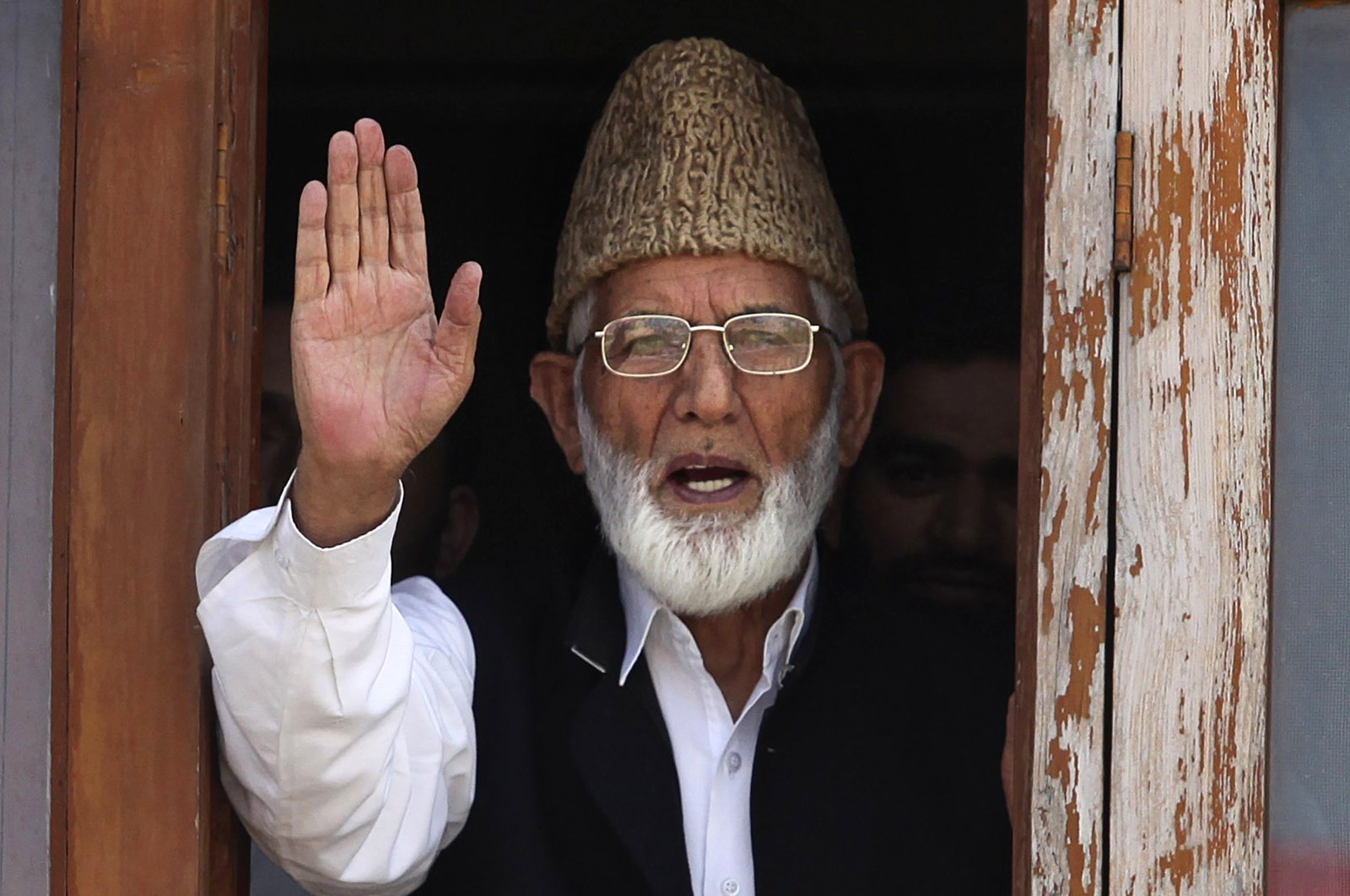 Indian authorities cracked down on public movement and imposed a near-total communications blackout Thursday in the disputed Kashmir region after the death of Syed Ali Geelani, a top pro-independence leader who became the emblem of the region’s defiance against New Delhi.

Geelani, who died late Wednesday at age 92, was buried in a quiet funeral organized by authorities under harsh restrictions, his son Naseem Geelani told The Associated Press (AP). He said the family had planned the burial at the main martyrs’ graveyard in Srinagar, the region’s main city, as per his will but were disallowed by police.

"They snatched his body and forcibly buried him. Nobody from the family was present for his burial. We tried to resist but they overpowered us and even scuffled with women,” said Naseem Geelani.

The Press Trust of India (PTI) news agency reported that officials buried Geelani’s body and disallowed any mass funeral in anticipation of anti-India protests. Geelani spearheaded Kashmir’s movement for the right to self-determination and was an ideologue and staunch proponent of merging Kashmir with Pakistan. He strongly opposed any dialogue with New Delhi, a position rejected outright by successive Indian governments who often dubbed him as a hardline politician.

Geelani was also the face of Kashmir's civilian defiance against Indian rule. He led a faction of the All Parties Hurriyat Conference (APHC), a conglomerate of various Kashmiri political and religious groups that was formed in 1993 to spearhead a movement for the region’s right to self-determination.

The group used civil disobedience in the form of shutdowns and protests as a tactic to counter Indian rule. Kashmir has long been a flashpoint between India and neighboring Pakistan, which claim the region in full but rule only parts.

Rebels have been fighting against Indian rule since 1989. Most Muslim Kashmiris support the rebel goal that the territory be united either under Pakistani rule or become an independent country.

New Delhi accuses Pakistan of sponsoring Kashmiri militants, a charge Pakistan denies. Tens of thousands of civilians, rebels and government forces have been killed in the conflict. Tensions were renewed in the region in 2019 after New Delhi stripped Kashmir’s semi-autonomy, scrapped its statehood and removed inherited protections on land and jobs.