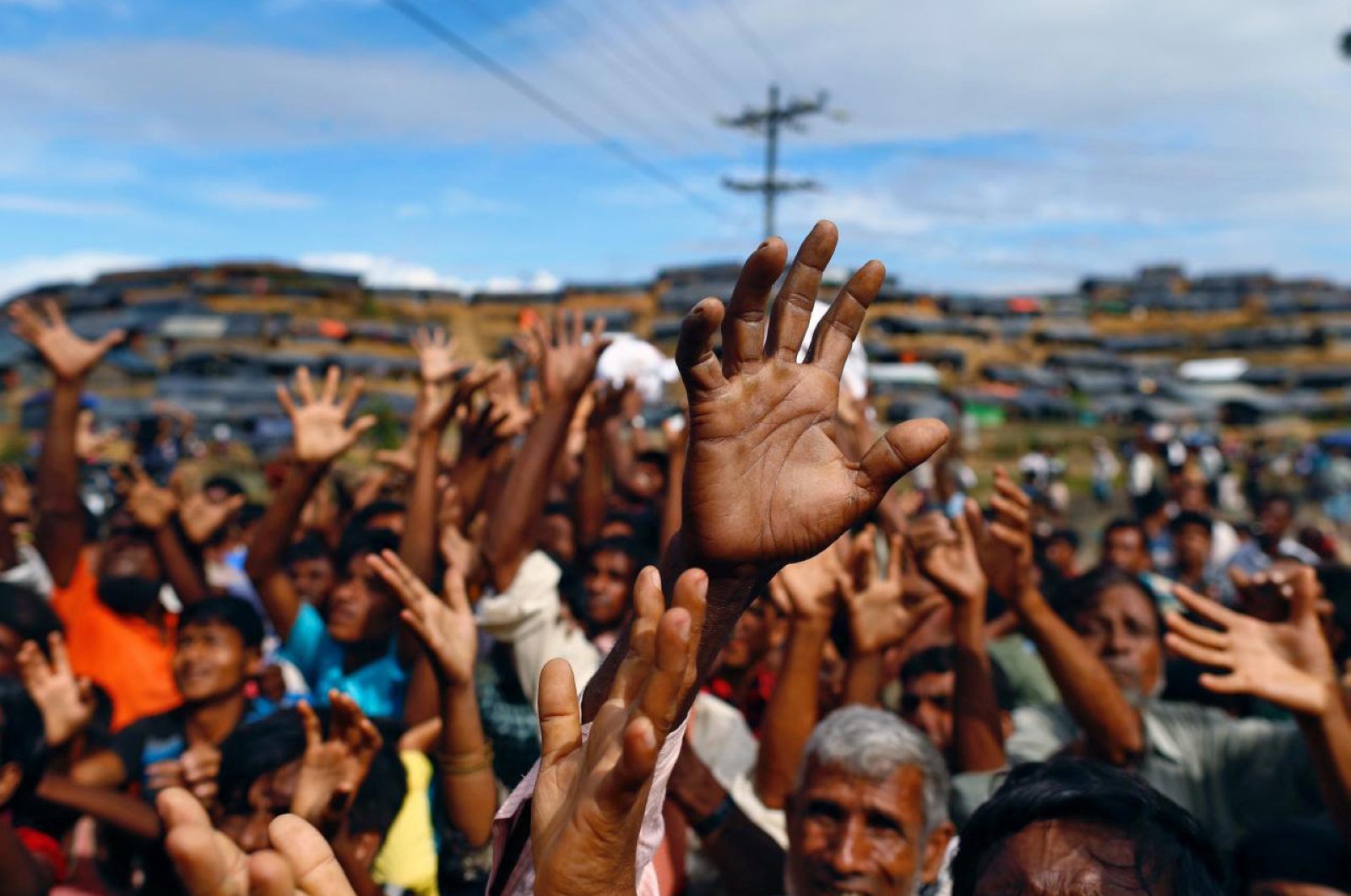 The roundups in India and fear of deportation to Myanmar have driven even more of the stateless Muslims into Bangladesh, where 1 million Rohingya live in giant refugee camps in the country’s southeast. (Sabah File Photo)
by Anadolu Agency Jun 12, 2020 9:44 am
RECOMMENDED

A boat carrying around 300 Rohingya refugees was turned away Thursday by Malaysian authorities as it attempted to reach the country.

In a statement, the Malaysian coast guard said a vessel loaded with people that has been at sea for over three months was stopped when it attempted to enter the country’s waters.

The authorities said the vessel turned back after they sent a patrol.

No statement has been made on the country the Rohingya were coming from.

On June 9, Malaysia detained 269 Rohingya refugees near Langkawi. The government urged Bangladesh to prevent Rohingya from entering Malaysia by sea.

Several attempts to peacefully repatriate Rohingya to their homeland in Myanmar's Rakhine state have failed in the past year, leading to frustration among the persecuted people over their future in refugee camps in Bangladesh and prompting them to choose risky sea routes to illegally migrate to Malaysia, Indonesia and other countries.

According to Amnesty International, more than 750,000 Rohingya refugees, mostly women and children, have fled Myanmar and crossed into Bangladesh after their country's forces launched a crackdown on the minority Muslim community in August 2017, pushing the number of persecuted people in Bangladesh above 1.2 million.

Since Aug. 25, 2017, nearly 24,000 Rohingya Muslims have been killed by Myanmar’s state forces, according to a report by the Ontario International Development Agency (OIDA).

Some 18,000 Rohingya women and girls were raped by Myanmar’s army and police, and over 115,000 Rohingya homes were burned down with 113,000 others vandalized, it added.