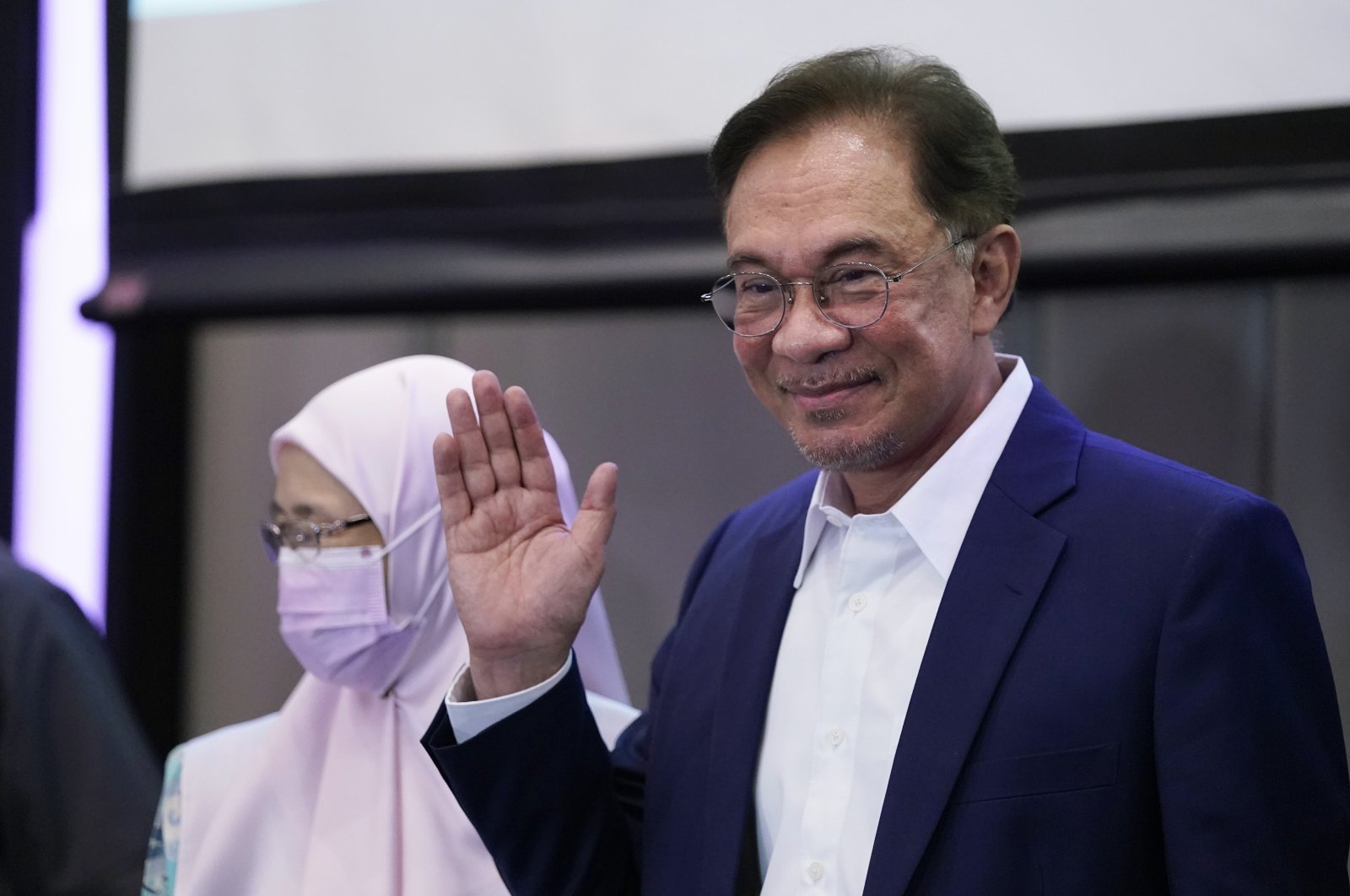 Malaysian opposition leader Anwar Ibrahim said Wednesday he has secured a majority in parliament to form a new government that is “strong, stable and formidable" while seeking an audience with the king to formalize his appointment as prime minister.

The Southeast Asian nation has been in turmoil since an alliance that came to power in 2018, which was headed by Prime Minister Mahathir Mohamad and included Anwar, collapsed in February amid bitter infighting. Muhyiddin Yassin became premier at the head of a coalition backed by a scandal-plagued party that had been ousted at the polls two years earlier, but he had only a wafer-thin majority in parliament.

Speaking at a press conference in Kuala Lumpur, veteran politician Anwar, who has long sought to become prime minister, said he now had the backing of enough members of parliament to form the government and oust Muhyiddin.

"Conclusively we have a strong, formidable majority," the 73-year-old said. "The government under the leadership of Muhyiddin Yassin has fallen." But he did not reveal how many parliamentarians were backing him or which parties they were from. A government must command the support of a majority of the 222 members in parliament. The king has the authority to appoint a prime minister in Malaysia if a candidate can prove he has enough support in parliament.

Muhyiddin said on Wednesday Anwar must prove he holds a parliamentary majority before laying claim to the premiership. "Until proven otherwise, the Perikatan Nasional government remains steadfast, and I am the rightful prime minister," Muhyiddin said in a statement, referring to his ruling coalition. In a separate statement, the secretaries-general of parties under the ruling coalition said they remain firmly behind Muhyiddin and rejected Anwar's assertion that he has majority parliamentary support to form the government.

The move marks the latest twist in Malaysia’s roller-coaster politics and comes less than seven months after Muhyiddin became leader. Should Muhyiddin get an audience with the king first, he could advise him to dissolve parliament and trigger snap national polls.

Anwar's move came ahead of weekend elections for the legislature in the eastern state of Sabah, which will be a major test of the current government's popularity.

Muhyiddin's administration has had the difficult task of leading Malaysia through the coronavirus pandemic, and the economy suffered its worst contraction in more than 20 years in the second quarter amid a strict lockdown. But restrictions have been eased, and authorities have won praise for their handling of the outbreak, which has been relatively small, leading Muhyiddin to receive a 69% approval rating in survey earlier this month.

Long-time opposition leader Anwar was a key figure in the alliance that won a shock victory in landmark elections in 2018, toppling a scandal-plagued coalition that had ruled Malaysia uninterrupted for over six decades. Voters kicked out the old regime in large part due to anger at former premier Najib Razak's involvement in a massive financial scandal that saw billions looted from state coffers. Mahathir, now 95, became prime minister for a second time and Anwar was released from jail, where he had been serving a sentence after being convicted of dubious sodomy charges. But the government collapsed amid tensions between rival factions over whether Mahathir would stick to a promise to hand power to one-time nemesis Anwar, and Muhyiddin seized power without an election.